Relive an extraordinary Surfers Paradise Indycar race from 25 years ago today in which plenty of landmarks were made. What’s more, it finished in the dark… 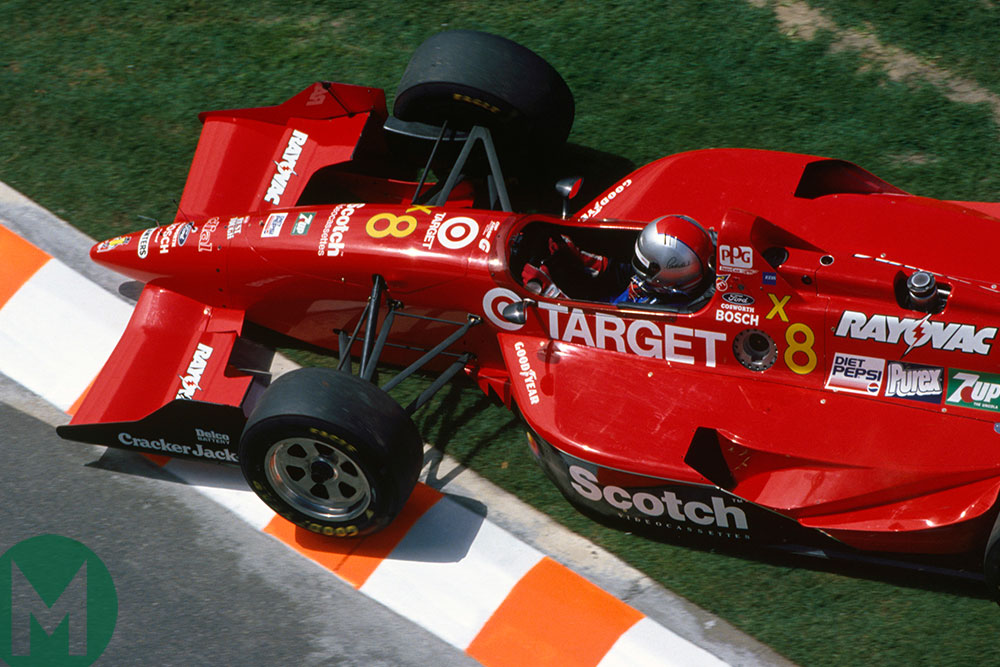 Every so often an important landmark is set with a race result. More extraordinarily, a result establishes several important milestones in a single strike. So the latter case was with IndyCar’s 1994 season-opener at Surfers Paradise in Australia, which took place on this day exactly a quarter of a century ago.

It was the scene of the first IndyCar win for the Ganassi squad, which would go on to be a mighty presence in American motor sport. It also was a win at first attempt in Indycar for chassis builder Reynard, continuing the company’s extraordinary record of winning its first race in other formulae. It also triumphed first time out in Formula Ford 1600, Formula Ford 2000, Formula 3, Formula Atlantic and Formula 3000.

While the victorious driver Michael Andretti won on his first Indycar race back after an underwhelming 1993 Formula 1 campaign with McLaren. For good measure, he led every lap.

And if all this wasn’t enough the race finished in the dark. Various delays meant the running slipped after sunset and matters had to be halted 10 laps early. This had followed frantic protesting from Andretti’s boss Chip Ganassi regarding the safety of letting matters proceed.

You can watch the extraordinary race in its entirety in the video below.

Indycar also then had a driver who bowed to almost no one in star quality. A certain Nigel Mansell, who arrived straight from bagging his 1992 F1 world title and promptly bagged the ’93 IndyCar crown for Newman-Haas. And here in Surfers Paradise he started the first round of his title defence in an imperious pole position.

But for Mansell things started going wrong, and irrecoverably, almost from that point. The track was damp at the race’s outset and there were showers during the race too; these combined with the claustrophobic and unforgiving street track ensured plenty of interruptions. The race also required three start attempts.

Once the race proper got going fellow front row starter Andretti got by Mansell on the first lap; soon two other cars were ahead too. Mansell later, just after the track got a fresh coating of moisture, spun twice and in trying to recover from the second of them tagged a wall and stalled. He finished ninth, a lap down.

And the race was a portent of a frustrating year in which Mansell lost his enthusiasm for IndyCar and was back driving an F1 car before the year was out. Perhaps ironically, he won that year’s F1 Australian stop-off.

The race wasn’t a portent of a competitive Indycar season though, as Penske – which with Emerson Fittipaldi at the wheel finished a close runner-up to Andretti in Surfers Paradise – dominated the campaign to a degree rarely seen in that series. It won 12 of the 16 races and its three drivers – Al Unser Jr, Fittipaldi and Paul Tracy – filled the top three spots in the table.