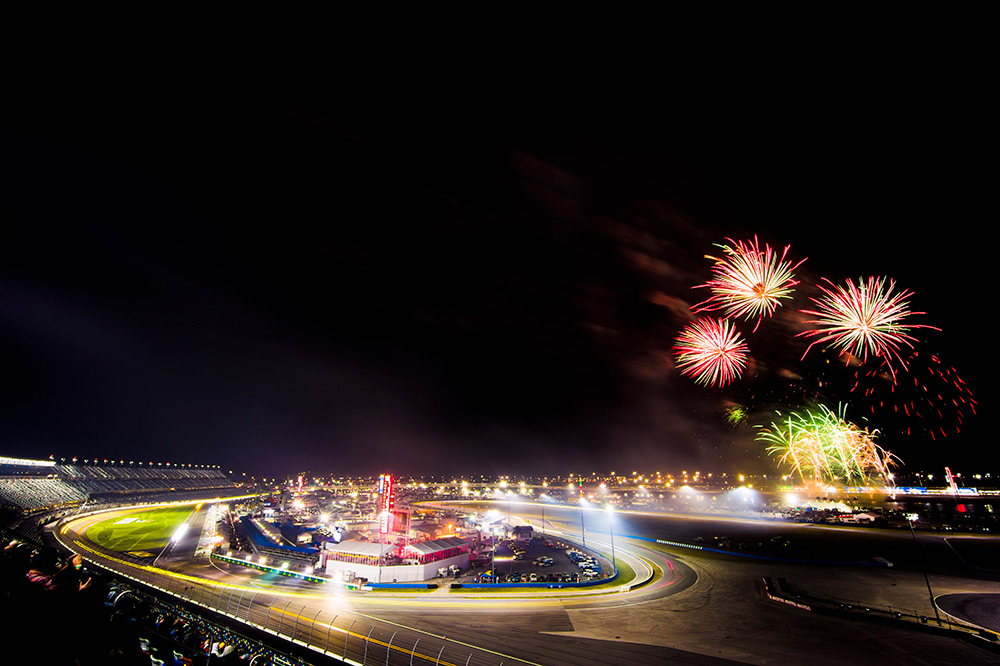 Filipe Albuquerque banished the demons of Daytona by helping Mustang Sampling claim the 2018 Rolex 24 Hours, partnering Christian Fittipaldi and Joao Barbosa in the Cadillac DPi, 12 months after the team lost victory on the final lap.

It was always going to be Cadillac in Victory Lane come Sunday afternoon, so everyone thought; it was just a case of which one. The Cadillac seemed the fastest car, unless the Acura Penske was disguising its true pace, and, come qualifying, Penske appeared to have done just that.

Penske had certainly hit the ground running on its return to prototype racing, with Hélio Castroneves sitting on pole as the clock ticked towards zero. Then, Renger van der Zande, having replaced Penske-bound Ricky Taylor at Wayne Taylor Racing to drive its Cadillac DPi, crossed the line for the ninth and final time just 0.007sec quicker than the Penske veteran had posted to snatch pole.

The stage was then set for what could have been the closest of all Rolex 24s, with a field of stars from across the racing spectrum. The upshot of that quality up and down the field was a race of just four cautions, with just two in the opening half of the race, but punctures wreaked havoc and sent prototypes spiralling down the field and questions being asked. It soon became an endurance race of old, winning as slowly and safely as possible; unheard of in modern sports cars.

The Cadillacs had made the early running, with the impressive Patricio O’Ward just keeping grip of their coat-tails in the Performance Tech Oreca. But before midway the Cadillac quartet had effectively been cut in half – the quick Spirit of Daytona entry retired with a chronic misfire and the polesitting reigning champion WTR lost 10 laps when a puncture ripped its way through bodywork and the radiator. Four punctures later and the car was withdrawn, its owner not willing to risk his drivers. Continental’s investigations continues.

When the sun came up it was a case of counting down the laps for Action Express. Mustang Sampling was afforded a cushion when, having gone behind the wall to cure a water pressure problem itself, the Whelen was sent to the garage under green flag running to fix the same issue. That gave Mustang Sampling an unassailable three-lap lead, and a window in which to nurse home the car.

United Autosport’s Alonso-led inexperienced trio impressed, with Alonso out-qualifying World Endurance LMP2 champion and next-fastest Ligier Bruno Senna by more than a second, and quickly making good progress early on. It was Norris who shone brightest, lapping as quick as anyone in his first stint and lighting up the race’s short and sharp heavy shower. He moved the car into contention until a puncture dropped teenage team-mate Phil Hanson back and a failed brake cylinder cost the car 20 minutes. More issues saw the car drop to 38th.

The sister car of Senna, Paul di Resta, Will Owen and Hugo de Sadeleer’s clean run, but for a clutch issue, allowed it to creep into the top three. But that meant the car struggled away from each stop and cost it four laps by the flag.

In the middle of the night both Nissans retired, having shown race-winningly quick pace, and both Penskes were struck down. Dane Cameron was sent behind the wall from the lead to replace an alternator and contact dropped the sister car and cost it crucial laps. But mileage was gained and there’s a fast car beneath those niggling problems.

The Mazda Team Joest cars were fast enough, too, but beset with problems and out of luck. An early puncture was followed by a throttle sensor issue that left Olly Jarvis, Rene Rast and Tristan Nuñez repeatedly stranded in the pits and eventually retired. The sister car of Harry Tincknell, Spencer Pigot and Jonathan Bomarito shed a wheel among a raft of issues, before coming to a fiery end after sunrise.

In GTLM, the factory squads spent much of the 24 hours chasing the two Fords. A 40-second gap was quickly built and the Chip Ganassi cars rarely looked back. Patrick Pilet starred in the shower to take the lead, but Ford soon wrestled the lead back. The few cautions later allowed Corvette to threaten but never enough to deny Ford the perfect start to this IMSA season. It was the Ryan Biscoe, Scott Dixon and Richard Westbrook car that prevailed after 24 hours nose to tail with Joey Hand, Sebastian Bourdais and Dirk Muller.

Antonio Garcia, Mike Rockenfeller and Jan Magnussen were the lead Corvette in third, after Marcel Fässler gambled on slicks in the rain, eventually losing a lap. BMW’s M8 (on its debut) found life tough, also later complaining about balance of power, but the cars’ running was limited ahead of qualifying.

In GTD, Lamborghini’s Mirko Bortolotti-led quartet took victory, but there was midnight controversy when the dominant Montaplast by Land was deemed to have violated balance of performance. It was gaining time in the pits when refuelling, and handed a five-minute penalty. It fell from the lead to an eventual seventh in class. 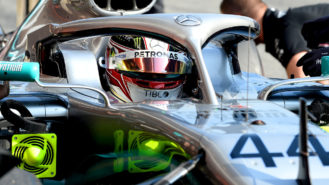