Jacques Villeneuve said that qualifying for the Daytona 500 ranks just behind winning the Formula 1 world championship and Indy 500, after securing his place in this year’s NASCAR classic.

He described his amazement at being able to compete at this level, aged 50, as he looked ahead to Sunday’s race.

The Canadian had been doubtful that he could qualify in yesterday’s time trials but scraped in with a lap time 0.29mph faster than Kaz Grala, also competing for one of the four open slots in the race alongside the charter teams competing in the full season.

He praised the setup by newly-formed independent Team Hezeberg, which had been expecting to struggle for pace, and ran down the pitlane to celebrate with his crew after posting his time.

“To be able to make such a big race at such a high level is amazing,” said Villeneuve. “When I’m in the race car, I just don’t realise that I’m 50.

“Obviously it’s not a win. It’s not like winning the Indy 500 or the F1 championship but at this point in my career, just to make the show is incredible. We’re a small team; we didn’t link up with a big team to to get the car ready. It’s highly unexpected to be able to make it on time. So it ranks right after these big wins.”

Villeneuve’s performance guarantees him a place on the grid, so he won’t still be looking to reserve a spot as he goes into the duels that make up the second round of qualifying.

“I was convinced we didn’t have the speed to get in on time,” he said. “I thought we would have to then fight it through through the duels. Somehow, today the car was a lot easier to drive. It was easy to be smooth. It was all a matter of getting the right speed coming out of Turn 2, getting away from the wall to not block the air, just getting these extra few revs and that made the difference. We got in by not a lot. It was very, very close.”

Villeneuve is the only driver in history to have qualified for the race after winning the Formula 1 world championship; Mario Andretti won the race before winning the F1 title.

Since leaving F1 in 2006, Villeneuve has raced at Le Mans, in World Rallycross, Formula E, touring cars, stock cars and a several NASCAR championships, including a handful of low-key appearances in the Cup Series.

He has been competing in the NASCAR Euro series since 2019 and last year claimed his maiden win in Italy — immediately followed by a second victory the next day. “On the podium there were 20 year olds. And then they look at you and you can see that they’re confused [by my age],” he said at Daytona. 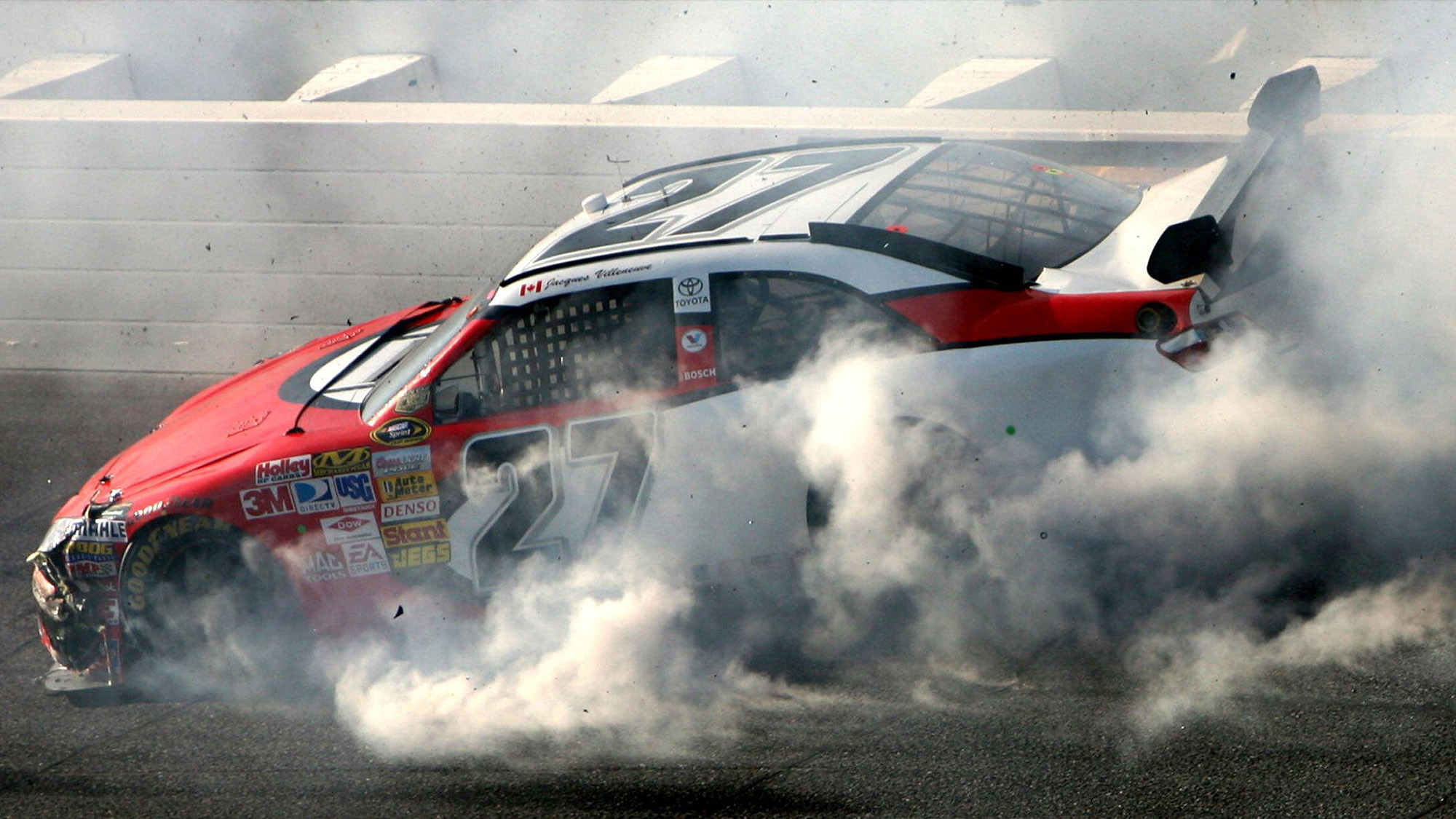 Although he may not feel 50, Villeneuve did say he has an “old fashioned” attitude when it comes to proving himself across different series.

“It is [important],” he said. “When I was in F1 I didn’t think I was able to drive anything else I was so focused and groomed for those kinds of cars.

“It’s not until I jumped into NASCAR that I realised ‘Oh no, there’s a lot of fun to be had driving something different’. And I’ve had a blast ever since jumping in different kinds of cars.

“The most fun I’ve had racing has been in NASCAR. Not qualifying, because it’s hard to beat the speed you get in Formula 1, but racing wheel to wheel or fender to fender: You can’t beat NASCAR.”

Expect Villeneuve to be banging wheels for some time to come. “As long as it carries on like this, I can’t imagine myself stopping racing,” he said.