NASCAR has announced that its long-anticipated next-gen car will be delayed a season back to 2022 due to the ongoing coronavirus pandemic.

The series had been planning to introduce the new-spec car for the 2021 season, but a statement from the stock car racing series said that its implementation was not feasible with the current uncertainty.

“Due to challenges related to the coronavirus pandemic, the debut of the Next Gen car will be delayed until 2022,” said John Probst, NASCAR Senior Vice President of Racing Innovation.

“The decision was made in collaboration with the [manufacturers] and team owners. We will continue to develop the Next Gen car, and a revised testing timeline will be shared when more information is available.” 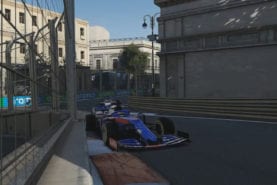 Formula 1's July return means that the Virtual Canadian Grand Prix will be the final in the series, and the Circuit Gilles Villeneuve should put on quite the finale. Throughout…

A test programme of the new car was already well underway, with several drivers getting to sample a version of the car.

Probst called the version run by Byron at Auto Club “99 per cent” the version the series plans on introducing, though it will now have to wait longer to break cover.

Several features of the cars will be different on the new-gen car, with NASCAR moving to single lug nut centre-locking 18-inch wheels, as well as larger brakes, a shorter rear spoiler, redesigned skirts and for the first time in the series’ history, a rear diffuser.

Those changes are meant to replicate road-going versions of the cars available to the public offered by manufacturers Ford, Toyota and Chevrolet and offer a chance for smaller teams to take on bigger organisations.