In body, mind and spirit, NASCAR was as far as humanly possible from Goodwood last weekend. NASCAR’s teams were gathered at the Chicagoland Speedway in Joliet, Illinois for the endlessly-hyped launch of the 10-race Chase for the Sprint Cup play-off among the year’s top 12 drivers, but all the talk going into Sunday’s race at the 1.5-mile Chicagoland oval was about collusion and race-fixing as NASCAR scrambled “to protect the integrity of the sport”. 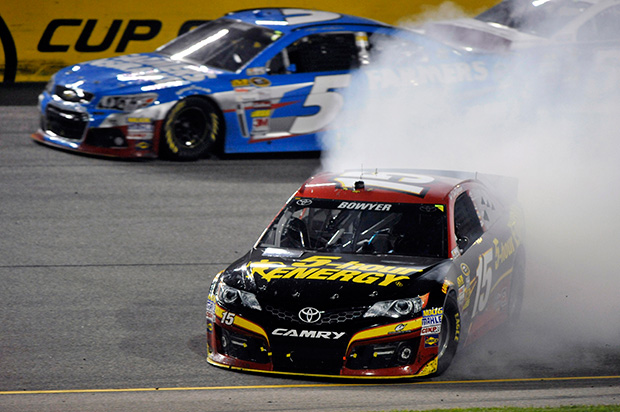 Near the end of the previous weekend’s Sprint Cup race in Richmond, Virginia, Clint Bowyer was asked to spin his car by Michael Waltrip Racing’s general manager Ty Norris. The goal was to create a yellow in an attempt to stop Ryan Newman from winning the race in one of Tony Stewart’s cars and enable Martin Truex to make The Chase in one of Waltrip’s cars. Norris also asked Brian Vickers aboard another Waltrip car to come into the pits in order to help Truex finish further up the order.

The day after the race NASCAR fined Waltrip a record $300,000 and indefinitely suspended Norris. Each of Bowyer, Vickers and Truex were also docked 50 points, knocking Truex out of The Chase.

As the week wore on it transpired that more shenanigans had taken place in the closing laps at Richmond as TV footage and radio transmissions between crew chiefs and ‘spotters’ atop the grandstands revealed that David Gilliland in Bob Jenkins’ Front Row Motorsports Ford was asked to allow Joey Logano in one of Roger Penske’s Fords to pass him for 22nd place, thus assuring Logano a place in The Chase.

“This stuff has happened before,” observed Dale Earnhardt Jr., NASCAR’s most popular driver. “It’s not new. It’s not like, ‘Oh my God, what’s happening to the sport? The sky is falling.’ I don’t think it was that big of a deal. This kind of activity and mentality doesn’t happen every race and every year. But the idea of doing that is commonplace.” 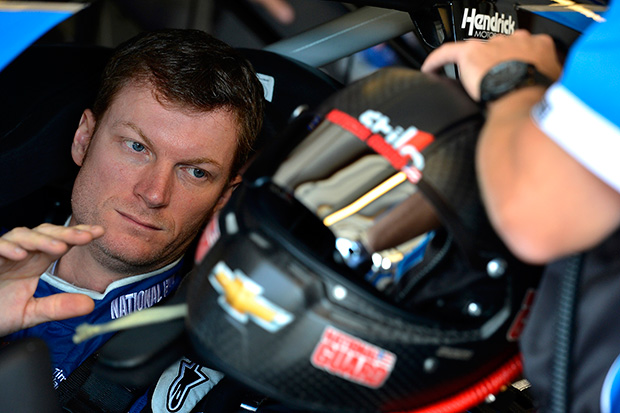 “We did not determine conclusively that Penske Racing and Front Row Motorsports actually did anything on the track that we can conclusively say that there was a quid pro quo to the altering of the event,” France said. “We’re looking at the radio discussions and who had those discussions. The idea of a bargain, that will be completely off limits in our view. But we don’t believe that bargain ever happened and we don’t believe any of those discussions happened and that’s why the probation we think is an appropriate message there.”

NASCAR’s president Mike Helton said NASCAR will be discussing with its drivers and teams the ethics of affecting the outcome of races or making deals to trade places on the track. “We’re organising a mandatory meeting with drivers, owners and crew chiefs to hopefully address and make more clear the path going forward as it applies to the rules for racing and the ethical part of it,” Helton remarked. “We’ll clarify a lot of this after we’ve met with the teams and got their input on what happens next.” 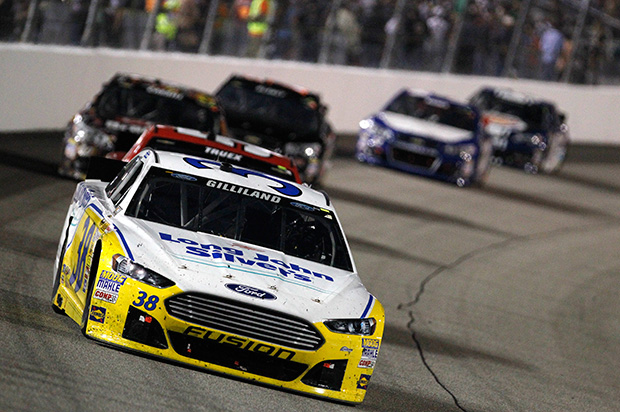 Brian France expanded on Helton’s comments, repeatedly emphasizing the mantra of ‘protecting the sport’s integrity’. “We will be clarifying in a significant way the rules for racing and the rules of the road going forward,” France said. “We’re going to add as much clarity to where the line is. Obviously, we drew a line with the penalties with Michael Waltrip Racing. What we’re going to do is, no matter what it takes, we’re going to protect the integrity of the sport. That will never be in question.

“We’re going to make sure that we have the right rules going forward that it’s clear so that the competitive landscape of the events are not altered or manipulated. The most important thing is protecting the integrity of the event.”

NASCAR also announced that Jeff Gordon has been added as a 13th player in the Chase field. “We believe in looking at all of this that there were too many things that altered the event and gave an unfair disadvantage to Jeff and his team who would have qualified otherwise,” France commented. “It is an unprecedented and extraordinary thing but it is also an unprecedented and extraordinary set of circumstances that unfolded in multiple different ways [at Richmond].

“We believe this is the right outcome to protect the integrity of NASCAR, which is our number one goal. We are trying to be as fair and equitable as we can to all our teams and this is an example of that.” 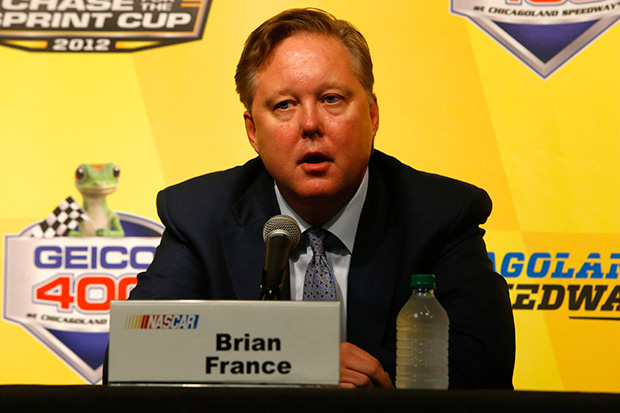 These days NASCAR is struggling to maintain its audience. Some years ago at the height of NASCAR’s boom there was plenty of hubris-laden talk about becoming America’s second most popular sport behind only the NFL. But those dreams are long gone. Recent years have witnessed a steady decline in attendance at most tracks and a flat line in TV ratings. The TV numbers are respectable but nothing like the NFL or college football and it’s clear that NASCAR’s hopes for moving upmarket have failed.

In newspapers and magazines like The New York Times and The New Yorker, NASCAR is shorthand for redneck, a group of people those publications prefer to ignore. Still, there are many millions of rednecks in every corner of the United States and any redneck is proud to proclaim their identity just as much as they’re sure to patriotically wave either the Stars & Stripes or a Confederate flag above their motorhome, pickup truck or campsite.

This year’s Chase for the Cup conspiracy-gate saga plays squarely into many non-NASCAR fans’ caricatures of stock car racing and the scandalous stories from Richmond are unlikely to help NASCAR broaden its market as it desperately hopes to do. So it will be interesting to see if the fallout from Richmond further engages NASCAR’s redneck fan base or adds to their increasing weariness for their favourite sport.