The sight of Next Generation cars hurtling around the LA Coliseum as part of NASCAR’s pre-season Clash exhibition was attention-grabbing to say the least, just the way the series had hoped it might be.

With the Olympic flame lit and the setting Los Angeles sun beaming down on a packed stadium, the make-shift track looked more than the part as NASCAR aimed to capture the attention of the wider motor sporting world and the general public with it.

Having a race with its newest generation of cars on a tiny oval akin to the notorious Bowman Gray Stadium short track ahead of a critical year for the series was always a risk.

A drab showing and the enthusiasm ahead of the 2022 season suddenly deflates and all the anticipation for a promising year goes down the drain. But fans, teams and drivers have been effusive in their praise of the event, one that other series can and should learn from.

Taking those reactions into account, it seems to have been a gamble that has more than paid off.

Burnin' it down, California style. 😎 pic.twitter.com/5Rs4BT4uzH

NASCAR has had a presence in LA in the weeks leading up to the event and had live performances from Ice Cube and Pitbull over the weekend. In combination with its aggressive advertising push, the series got more eyes on the race than usual.

The heat format, the risk of close racing, and the shorter race distance all helped to appeal to casual fans, without requiring the commitment of following a more familiar endurance race.

The on-track action itself sometimes trod a narrow line between racing and pantomime, but NASCAR — no stranger to a bit of theatre — got away with it in a way that Formula 1 never would.

The challenge for other series is to replicate the buzz and atmosphere of the Coliseum in their own authentic way, and F1 has struggled.

Sprint races have been one-third race distance but haven’t attracted the same level of interest as NASCAR’s LA weekend. Exhibition runs — last seen in 2017 when cars ran one by one on London’s streets — can’t replicate the racing.

So F1 needs to be more ambitious: a temporary street course, non-championship race would attract even greater interest.

And why couldn’t Formula 1 turn a single weekend a year into an exhibition-style event? The sprint format has proven divisive amongst fans and the teams themselves but a non-points round might alleviate some of those concerns.

The main excitement on a Monaco Grand Prix weekend comes on a Saturday during the qualifying hour. A tweak to the Sunday format may make the main event more unpredictable after the first corner.

It would be fantastic publicity for the host country — which is the sole reason that many of F1’s new venues are signing up.

And, as teams watch their share of the money roll in from new sponsors and TV deals, the promise of more is strong encouragement to sign up for a non-points scoring event, particularly if that entails one less championship race in the season, or a small increase to the cost cap. 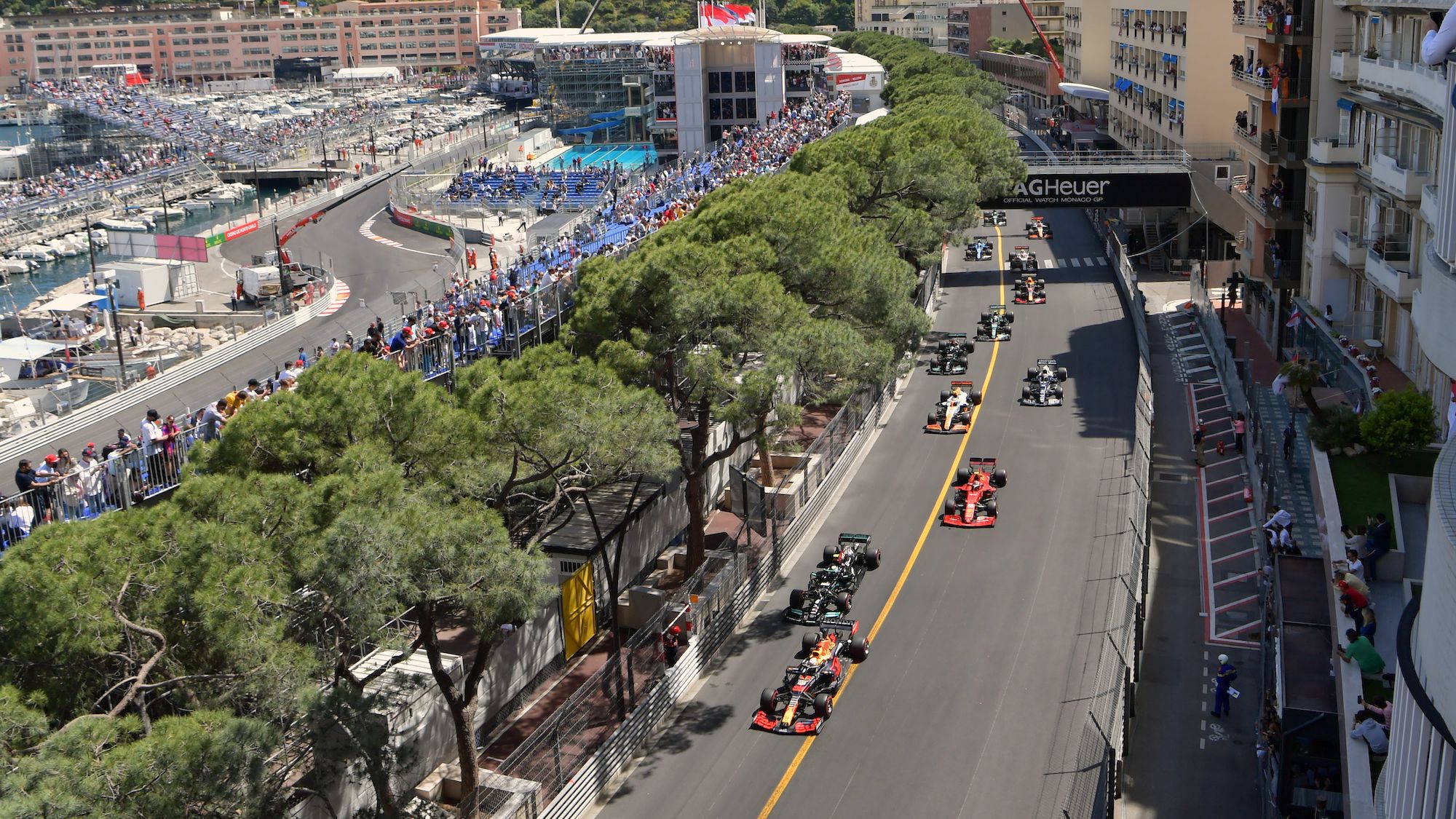 There is rarely much overtaking in Monaco beyond the first lap 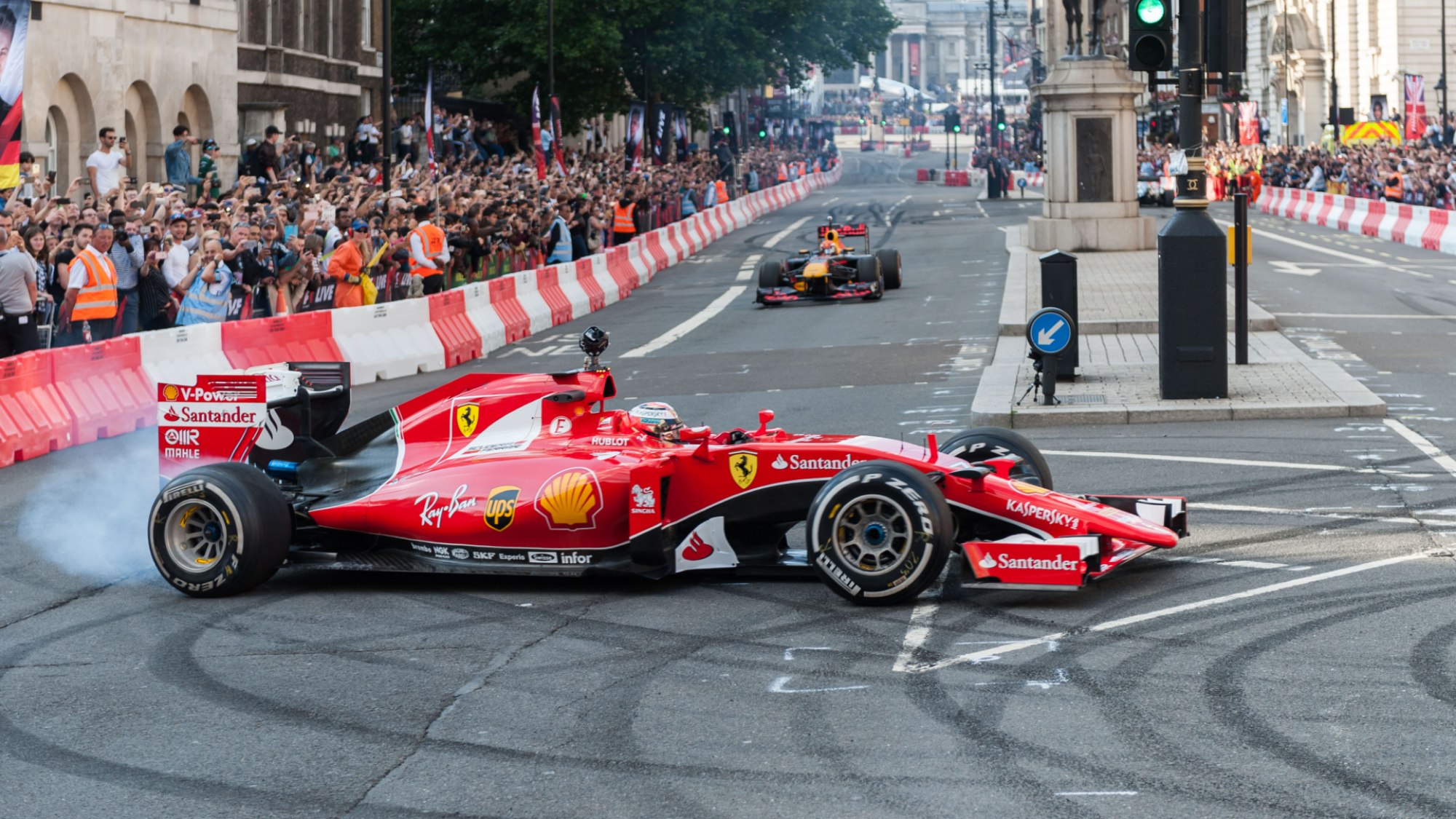 F1's London event captured attention but was it ambitious enough?

There continues to be a longing for the return of old non-championship races like the Race of Champions at Brands Hatch or the BRDC trophy races at Silverstone.

One-off events at these circuits as an exhibition ahead of any formal British Grand Prix could be an option if F1 got outside the box with its thinking.

Likewise, Le Mans is the crown jewel of endurance racing yet by virtue of it being a 24-hour event, the race doesn’t get much mainstream attention.

For fans at the track, the open pit lane and chance to see the cars up close is a great opportunity but for those out of the World Endurance Championship loop, the weekend goes by without much attention.

“The drivers have been getting out there and promoting us, this is a big market for us. They wanted to win this race”

A Le Mans parade in Paris with the hypercars set to battle it out for example would be ambitious for sure, but would land much more casual attention in the build-up to the event.

At the end of the day, that was what NASCAR was aiming for. An ambitious event that drew wider attention and it certainly achieved what it set out to.

“I think it goes back to what I said, people having fun, getting back to going out there and racing,” NASCAR executive vice president Steve O’Donnell told NASCAR.com. “Today was what we’re all about, really the whole weekend.

“If you look at what the drivers have done for the sport over the offseason, really getting out there and help promoting us, this is a big market for us. It was important for us to come out here and look like we’re having fun, even if we weren’t. That wasn’t the case.

“I think everybody was really enthusiastic, ready to go, they wanted to win this race. I think that showed.”

Ben Kennedy, NASCAR’s senior vice president of strategy and innovation said that additional locations could be on the cards following the success of the LA event.

A future international exhibition could be part of future plans to promote the series.

“It’s something that I think we’ll certainly look at. Los Angeles, as we’ve mentioned from the start, is really an important market for us. The Coliseum, USC, have been tremendous partners.

“That will be certainly an important part as we think about this. But to your point, too, if we can prove this as a proof of concept, it does open the door to other locations in the future.”

Might a Wembley Stadium NASCAR exhibition be the next phase of a progressive strategy from a series that has arguably lost out on fan attention in recent years? When put to Kennedy, he indicated it could be on the cards.

With a return to dirt last year at Bristol as well as road course additions to the schedule in the Daytona road course and the Circuit of the Americas, NASCAR is at least taking a big swing at engaging a potentially willing audience, it’ll just take more imagination like this past weekend to capture it.

The $1million cost of transforming the LA Coliseum looks to be money well spent ahead of the new season.