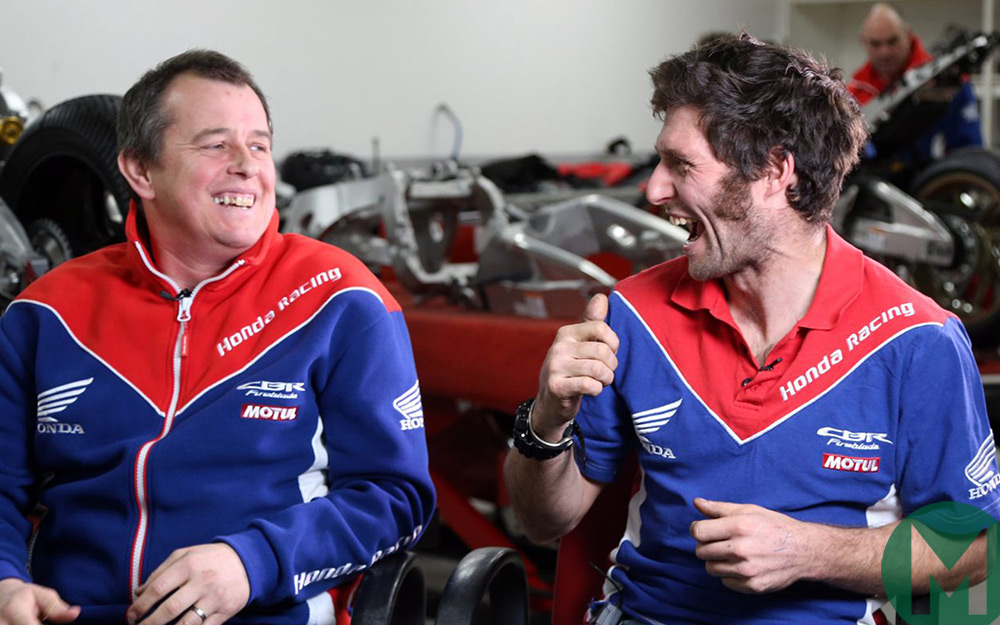 Call it looking out for your mates. John McGuinness has spoken of his concern at the return of fellow rider Guy Martin to competitive racing ahead of this year’s Isle of Man meeting.

Martin and McGuinness will be team-mates at this year’s event riding for Honda Racing, in a pairing dubbed the ‘dream team’ when it was announced earlier this year. But in an interview in this month’s Motor Sport magazine McGuinness says he is nervous that Martin, who has become a household name thanks to his bestselling books and popular TV shows featuring daredevil exploits, is out of practice when it comes to racing.

“I’m a little bit worried about him. He hasn’t raced since he broke his back at the Ulster in 2015, so he needs a year or two back at the TT. He’s a world record holder on a sledge, the wall of death and all that, but he’s never won a TT, so he’s got to be pulling his hair out. I don’t want him to push too far.”

McGuiness, 44, has 23 TT victories to his name, making him the second most successful rider at the event after Joey Dunlop. McGuinness could surpass Dunlop’s tally of 26 wins on the Island as early as this year – the Morecambe racer contests five races across TT week in June. Martin, meanwhile, has yet to win but has achieved several podium finishes since making his debut in 2004.

Martin’s return to the TT will mark a dramatic comeback after he suffered a serious accident while leading the 2015 Ulster Grand Prix. The 130mph crash left the 35-year-old with five broken vertebrae, five broken ribs, two broken metacarpals in his right hand and a broken sternum that needed a metal rod inserted in his spine. He hasn’t raced since.

In a wide-ranging interview McGuinness also reveals how the unique nature of the TT has attracted fans from across the motor sport divide. “I got quite pally with Michael Schumacher just before his accident. He said ‘why are you still racing at 40 years old?’ I said I’ve got bills to pay and I still enjoy it. He was massively intrigued by the TT and was going to come over [to spectate]. We were texting back and forth and he was all excited. Then he had his accident.”

Lewis Hamilton was equally impressed: “He said ‘Man, you’re crazy’. I don’t think he gets it, he just thinks I’m a nutter. Fair enough.”

McGuinness may be worrying about nothing when it comes to Martin’s race fitness, however: Martin is required to compete in six competitive races in order to gain his licence to compete at the TT and has already signed up to race in both Superbike races at the Cookstown meeting on April 29.

Then again, McGuinness may simply be indulging in the time-honoured practice of winding up a team-mate – in the same interview he jokes about Martin’s new-found fame away from biking: “Guy is definitely a different bloke but I do get on with him. He’s done some cool stuff like flying Vulcans and Spitfires. What a good job! The jammy bastard.” 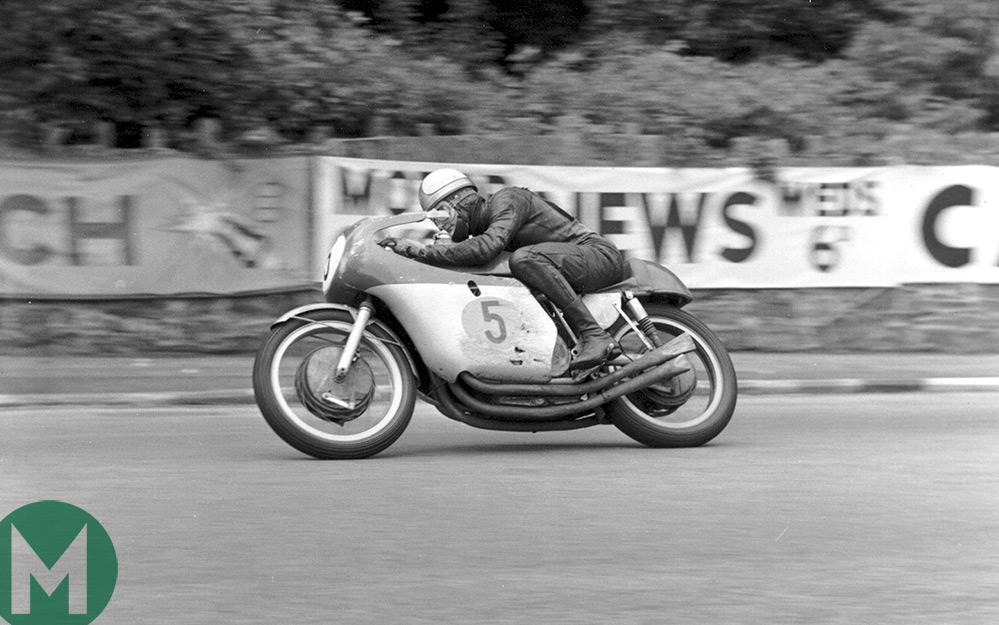 Mike the Bike stopped competing in major bike races in 1967 but returned 11 years later to the Isle of Man TT. After such a long absence, and pushing 40 years of age, few believed he would be competitive. But in one of the great comebacks he won his class riding a Ducati 900SS. He raced the following year, narrowly missing out on victory before retiring for good. 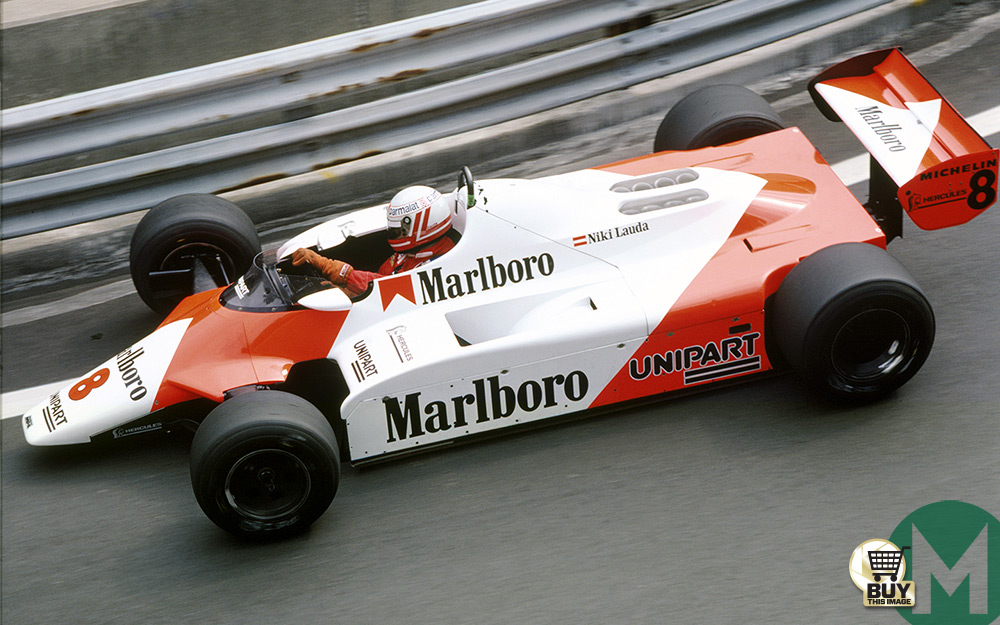 The Austrian retired from racing in 1979 to concentrate on his charter airline business, memorably telling his team, Brabham, that he was tired of driving around in circles. But three years later he returned with McLaren and won the third race of the 1982 season at Long Beach. In 1984 he won a third world championship before retiring for good at the end of the 1985 season. 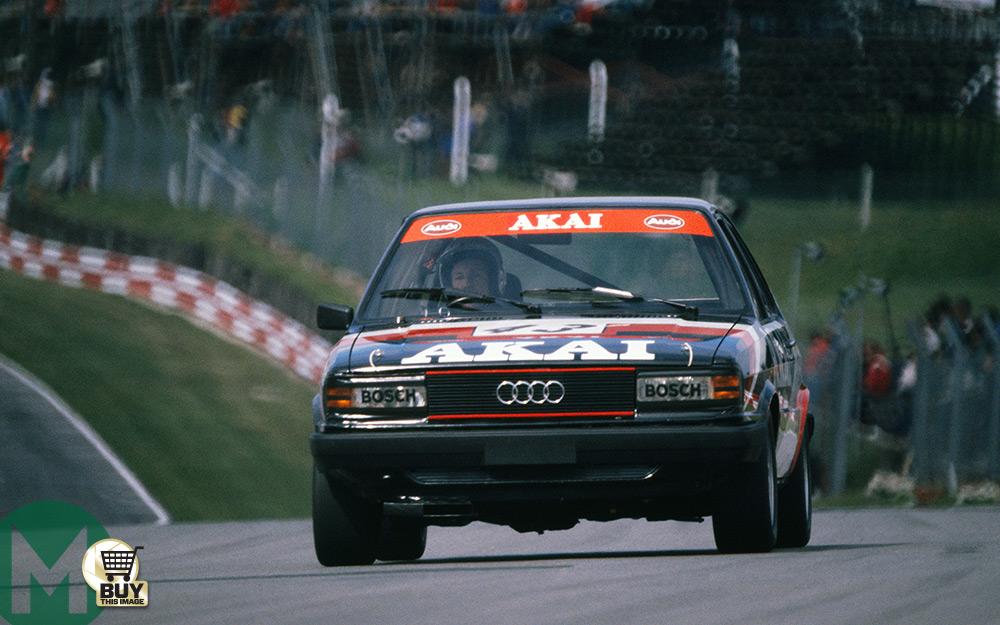 Moss had officially retired from racing in 1962, although he continued to compete in one-off races. Then in the 1980s he made a return to racing in the British Saloon Car Championship driving for Audi, with mixed results. His final retirement didn’t come until 2011 when he called time on his career at the age of 81. 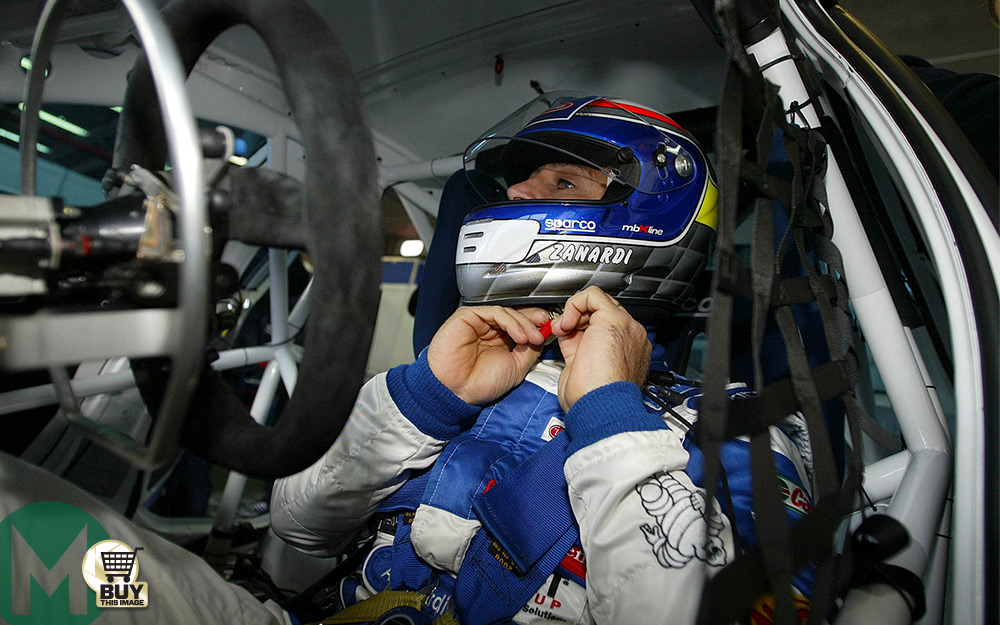 Perhaps the most famous comeback from an accident, Zanardi returned to the track after losing both his legs following a CART crash at the Lausitzring. The accident occurred in 2001 but three years later Zanardi returned to racing in the European Touring Car Championship (later the World Touring Car Championship) winning four races before retiring from the WTCC in 2009. Following a brief hiatus to focus on building a collection of Paralympic gold medals, he continues to race in GTs with BMW. 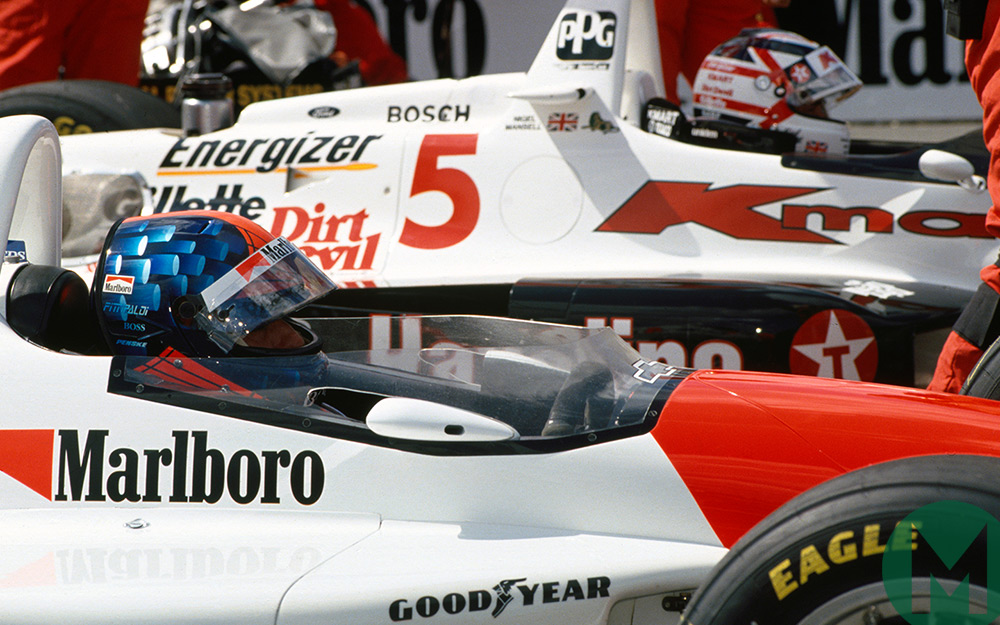 After an ill-starred stint as team owner the two-time Formula 1 champion abandoned motor sport for four years. He returned in 1984 to compete in America. By the time he retired a second time in 1996 he’d accumulated 22 Indycar wins, including two in the Indianapolis 500, and one championship. Not quite done, he then came back for three races in the Grand Prix Masters and a one-off appearance in the WEC with Ferrari.