As now seems traditional the British Grand Prix never rests in the same place two years running, and this time it was the B.A.R.C. who organised the race, using Mrs. Topham's Aintree Stadium for the venue. The entry was a strange one for a World Championship meeting, for the Ferrari team were prevented from appearing by labour disputes in Italy, though the Scuderia Centro-Sud managed to get over these problems and were the sole representatives of Italy. With Enzo Ferrari withdrawing his entries it meant that his drivers were left high and dry and Brooks was the only one able to borrow another car, thanks to the generosity of Mr. Vandervell who lent him a 1959 Vanwall. A total of 16 cars were accepted as definite entries and a further 8 places on the starting grid were made available to the best of an assorted bunch of F.1 and F.2 cars, the fastest of these having first pick of the extra entries. 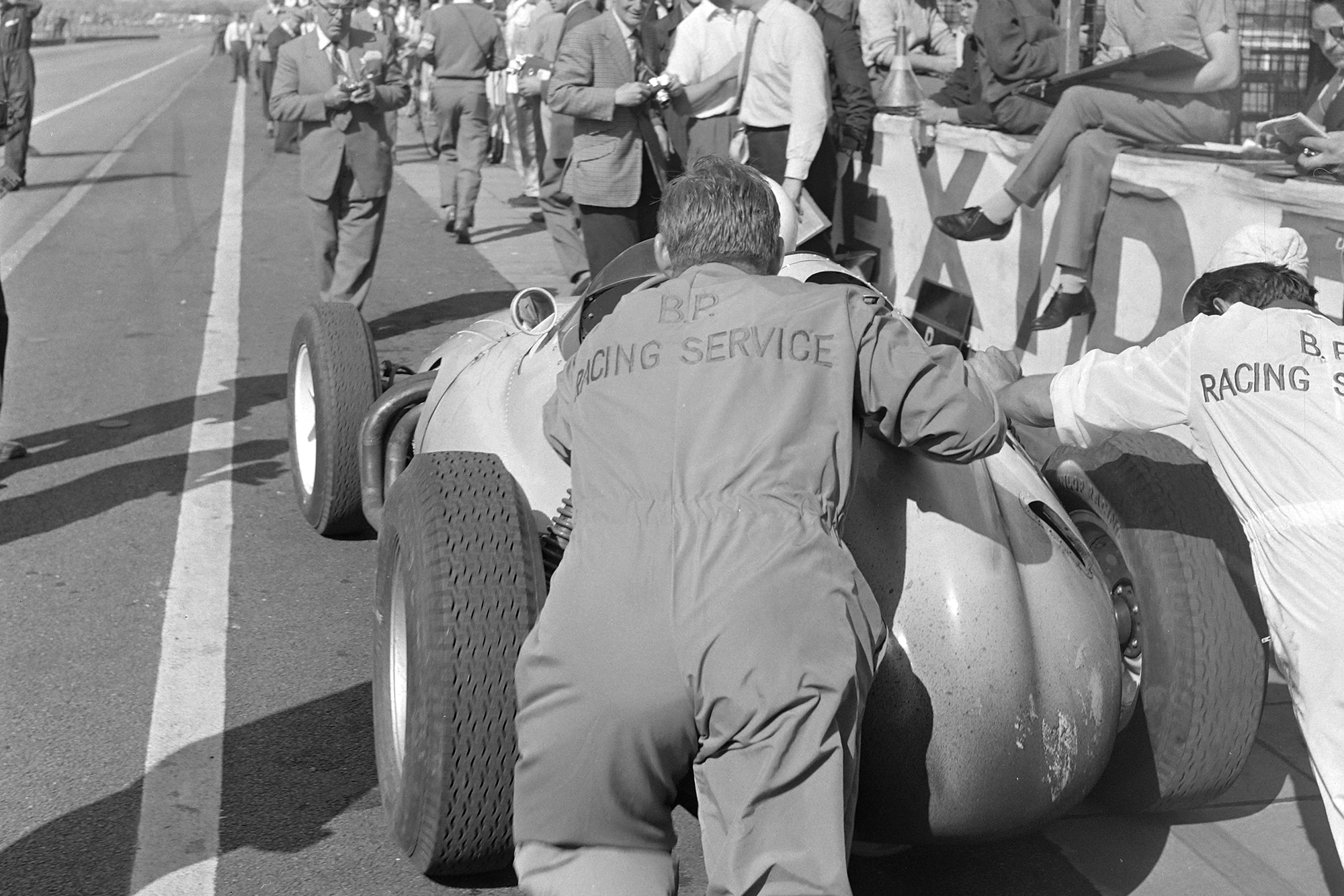 Stirling Moss is pushed out of the pit lane in his BRM P25.[/caption]