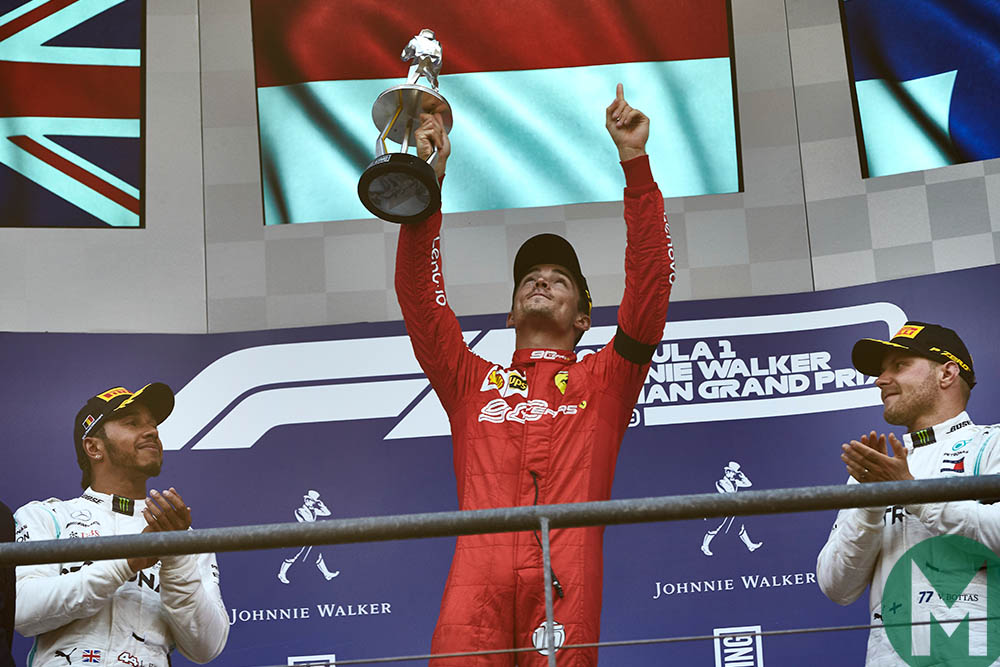 Charles Leclerc took his first Formula 1 victory at the 2019 Belgian Grand Prix with a measured drive, dedicating the win to Anthoine Hubert

Charles Leclerc, Esteban Ocon, Pierre Gasly and Anthoine Hubert. The four little boys who began their karting careers against each other 14 years ago became three on Saturday with Hubert’s fatal accident in the F2 race. A tragic time for the whole sport but a particularly devastating blow for their little clique.

Leclerc and Gasly consoled each other on Saturday evening: the usual stuff, the shock, about how he was doing what he loved, about the need to put it away in a compartment tomorrow as the helmet goes on. But it was a powerful reminder about the malevolence that’s always there just beneath the surface of our sport, liable to break cover at any moment.

Leclerc has had to get used to horrible turbulence to those around him in the last few years. His friend and early mentor Jules Bianchi, his own father not much later. And each time he’s put on the helmet, climbed into the car – and delivered. He did so again on Sunday, delivering his maiden grand prix victory from pole, fending off a late challenge from Lewis Hamilton’s Mercedes. A dream achieved, victory in a Ferrari. But cruelly, not one he wished to celebrate.