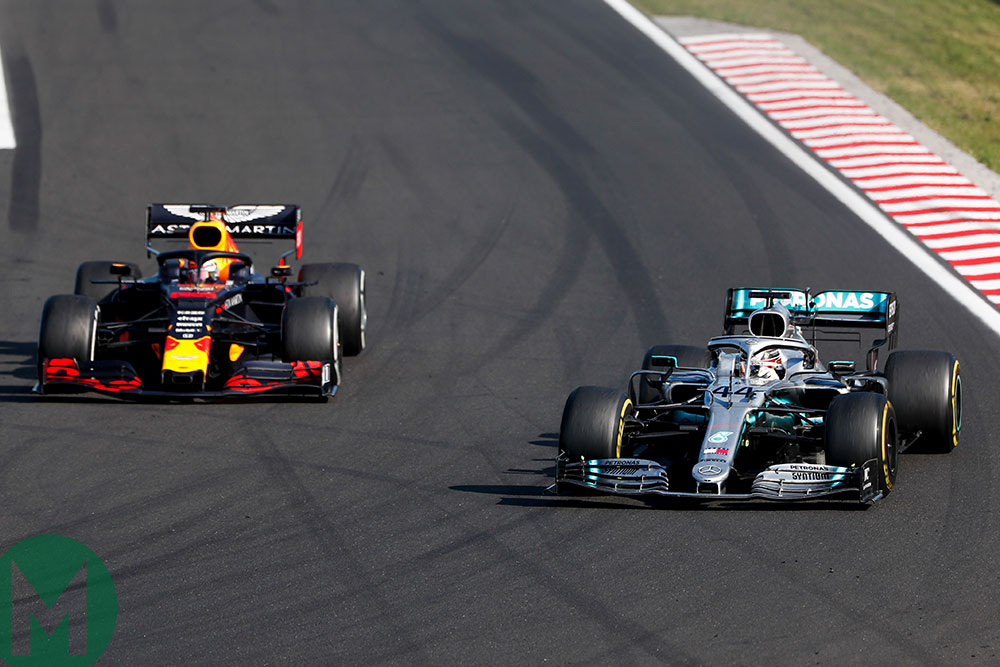 A clash of F1’s two biggest titans always was going to be decided in the margins. This Hungarian Grand Prix was tilted by a failed Lewis Hamilton overtake and overheating Mercedes brakes – in Hamilton’s favour

“I’m not sure this is the right strategy,” said Lewis Hamilton as Mercedes suddenly went for an unplanned and late second stop as an alternative way of trying to pass Max Verstappen’s pole-setting Red Bull, something they’d not been able to do on-track.

“Why have we not stopped in response?” demanded Verstappen upon realising that with 22 laps to go he was now about to be hunted down by Hamilton on tyres 23 laps newer.

In the competitive heat and strained sinews of the moment, both were convinced they were on the wrong strategy. Thing was, no-one really knew what the right and wrong strategy was. Not even those on the pitwall.