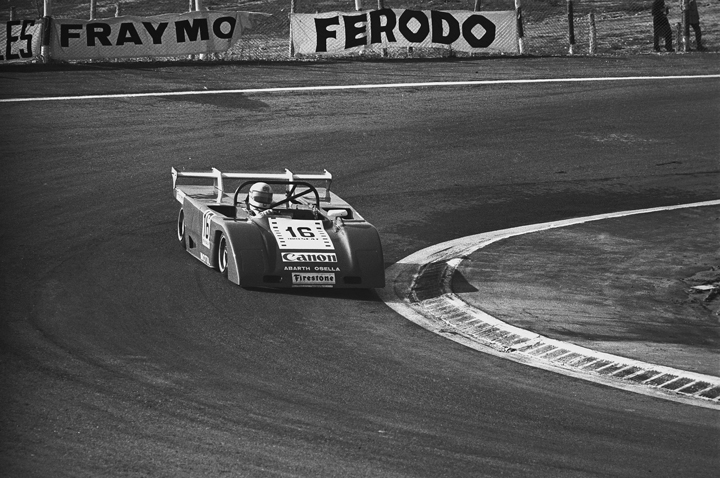 Abarth Cars UK has become the latest name to join the growing list of 2016 Hall of Fame partners.

Some of the Fiat-owned brand’s models will be on display during Hall of Fame Live and the Awards, some of which will be available for you to run up the Captain’s Drive. The Italian company recently revealed its new two-seater sports car, the 124 spider, an evocative revival of Abarth’s original Spider.

The company was formed in 1949. Soon developing close ties with Porsche and Simca, originally through their exhaust-making expertise, the marque had the honour of providing Tazio Nuvolari with his final competitive start.

Fiat took over in the 1970s, with Osella commanding the racing operation. The roster of sports cars and rally legends that competed in the Italian pocket rockets both before and after Fiat’s intervention is one not to be ignored: Hall of Fame nominees Derek Bell and Markku Alén, plus Arturo Merzario, Hans Hermann, Gijs van Lennep, Kurt Ahrens jr, Toine Hezemans, Dieter Quester all drove Abarths during their careers among many others. And that doesn’t include the Lancia campaigns of the ’70s and ’80s, then merged with Abarth.

Since its reinvention in 2007, Abarth has been back among the racing fraternity. A one-make series for the Abarth 500s was run in the UK, and a similar series remains in Italy thanks to the factory-backed Trofeo Abarth. Italian and German F4 cars are powered by a 1.4 turbo-charged Abarth engine, too. And now a return to rallying is on the cards with the aggressive-looking Abarth 124 rally (above), all 300bhp of it.

Clearly, Abarth and the Motor Sport Hall of Fame is a good fit.

To get behind the wheel of an Abarth, and to join the stars at the Hall of Fame event at the Royal Automobile Club, Woodcote Park, on May 31, you can book tickets online now.

Tickets to the Awards Dinner, when the nominees you voted for will collect their awards, start at £360pp. Hall of Fame Live, a special live Q&A with Tom Kristensen, Derek Bell, Darren Turner and others followed by afternoon tea surrounded by some special cars and bikes, costs £72pp.