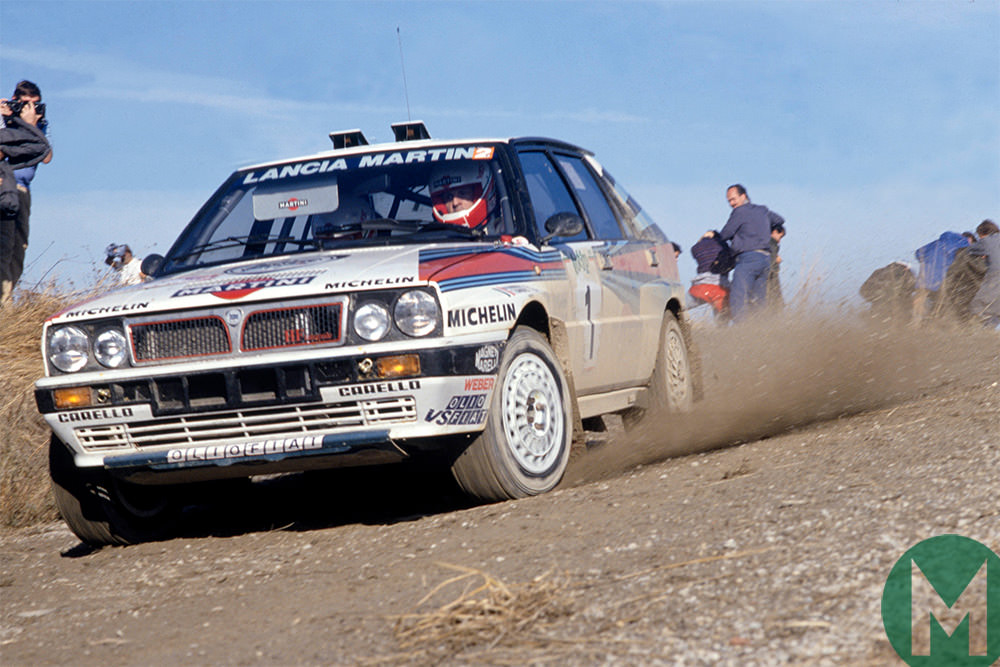 The Lancia stalwart will join the action on the Live Rally Stage as past of the Group B demonstration on the Saturday and Sunday.

Biasion began his WRC career in 1981 and went on to win the Italian and European Rally Championships in 1983 at the wheel of his Lancia 037.

The Italian made a name for himself in the Lancia Delta Integrale with his first WRC win at Rally Portugal in 1988. He notched up four more victories that year on his way to the championship ahead of Alex Fiorio and Juha Kankkunen.

His second championship came a year later as he took another five wins in 1989 for Lancia. His last WRC season was 1994, but Biasion went on to compete at selected Dakar between 2004-14.

Not only will he be driving on the Live Rally Stage, but Biasion will appear on the Motor Sport Hall of Fame Live Stage to talk about his career highlights. Other guests appearing during the event include 2017 Hall of Fame inductee Brian Redman.

Race Retro show director Lee Masters said: “We are thrilled to have Miki Biasion with us for this year’s show, especially on our Live Rally Stage. It’s an amazing opportunity for fans to see one of the greats in action once again.”

Hall of Fame Live will feature stars of racing and rally, with spectacular displays of iconic cars including an exhibition to mark 40 years of ground-effects machines and a host of Prodrive machines, celebrating the team’s continued success in numerous motor sport disciplines.

Tickets for Race Retro start at £20 for adults. Book here