Six nominees from seven decades: the F1 nominees for the 2019 Motor Sport Hall of Fame 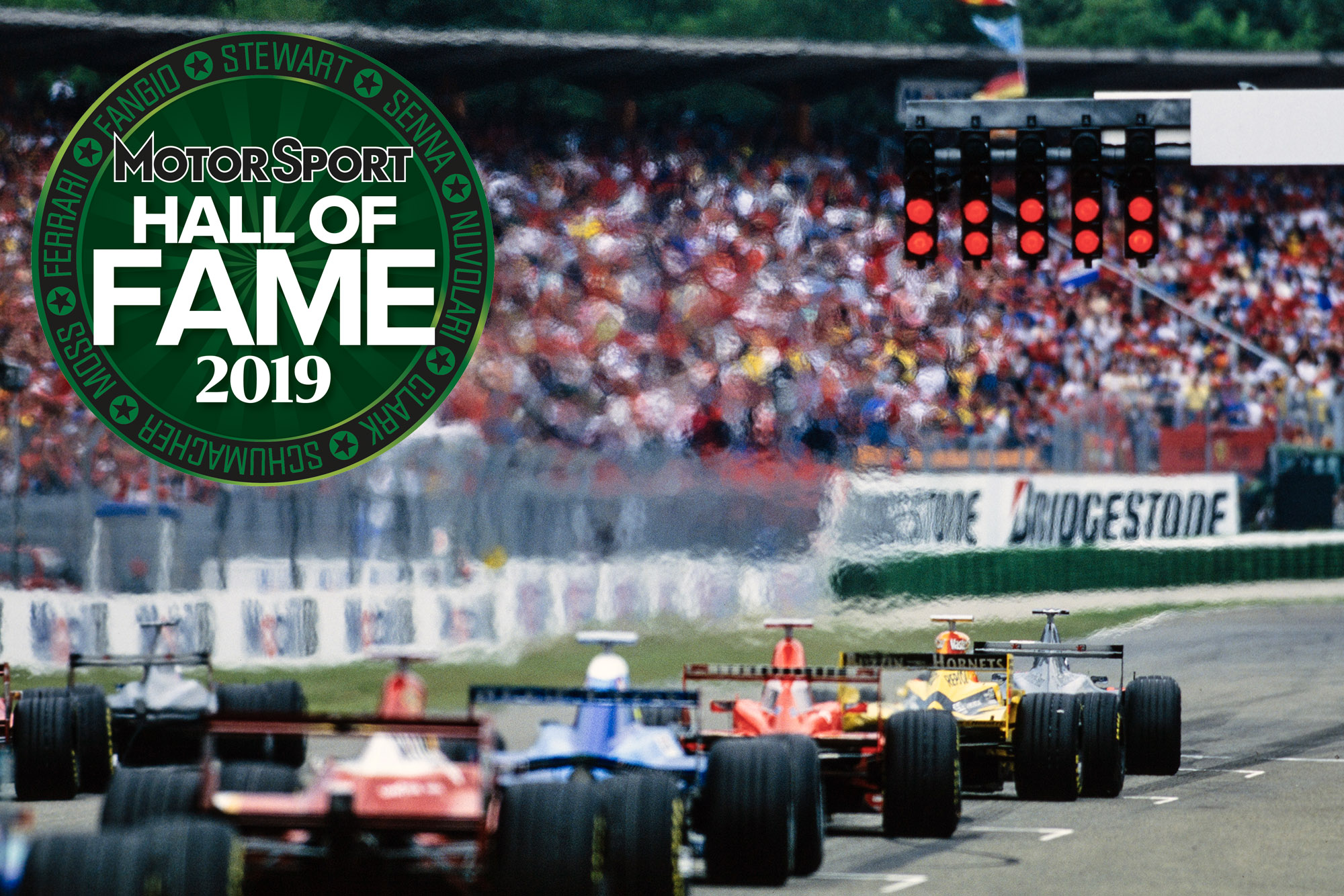 The outstanding talents from the pinnacle of motor sport: the criteria for this Formula 1 category couldn’t be more select.

This year, one driver will join the likes of Ayrton Senna, Jim Clark, Juan Manuel Fangio and Michael Schumacher in the Hall of Fame, and the voting will decide which nominee is selected.

From Mike Hawthorn to Fernando Alonso, the six competed over seven decades in wildly different machinery, but each one shone during their era. Scroll down for a summary of each nominee, or click on a name to jump to their details

Alternatively, click on the button below to vote immediately in the F1, Sports Car and Inspiration categories 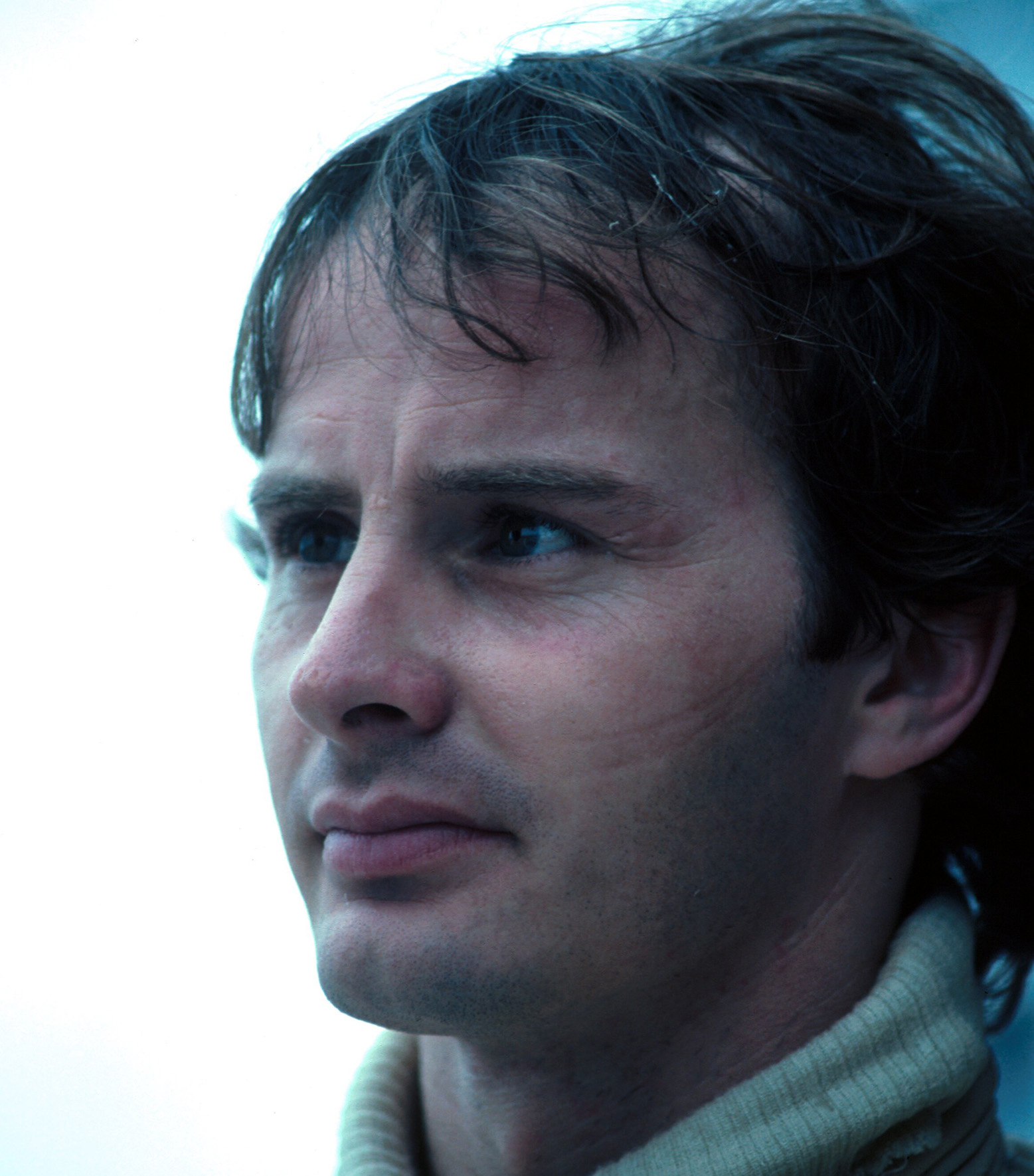 To some he will forever be labelled a rockape, fast but flawed, a driver who relied more on balls than brain. Wrong, wrong, wrong. Yes, there were mishaps – but by the middle of 1978, his first full grand prix season after being promoted from Formula Atlantic in North America, the self-inflicted wounds became far less frequent.

In truth, he was a driver of rare touch and delicacy, one who could defy Michelin technicians’ advice and keep soft tyres alive for longer than even they thought possible. Consider his victory at Jarama in 1981; sure, he had a straight-line advantage that protected him from the naturally aspirated hordes… but the slightest positional error would have left him vulnerable.

Despite extreme pressure, he didn’t make one. His victory in Monaco that season owed something to Alan Jones’s fuel-feed problems, but Villeneuve hadn’t tried to fight the Williams when he knew such pursuits were fruitless. Instead, he drove as quickly as he could and hung around to pounce when the opportunity arose. More pertinently, team-mate Didier Pironi – no slouch, he – had qualified his Ferrari 126CK more or less where you might have expected to find it on a track that didn’t play to its strengths: 17th. Villeneuve? He lined up second, just the 2.478sec faster. A bit like sticking a Routemaster bus on the front row, that. 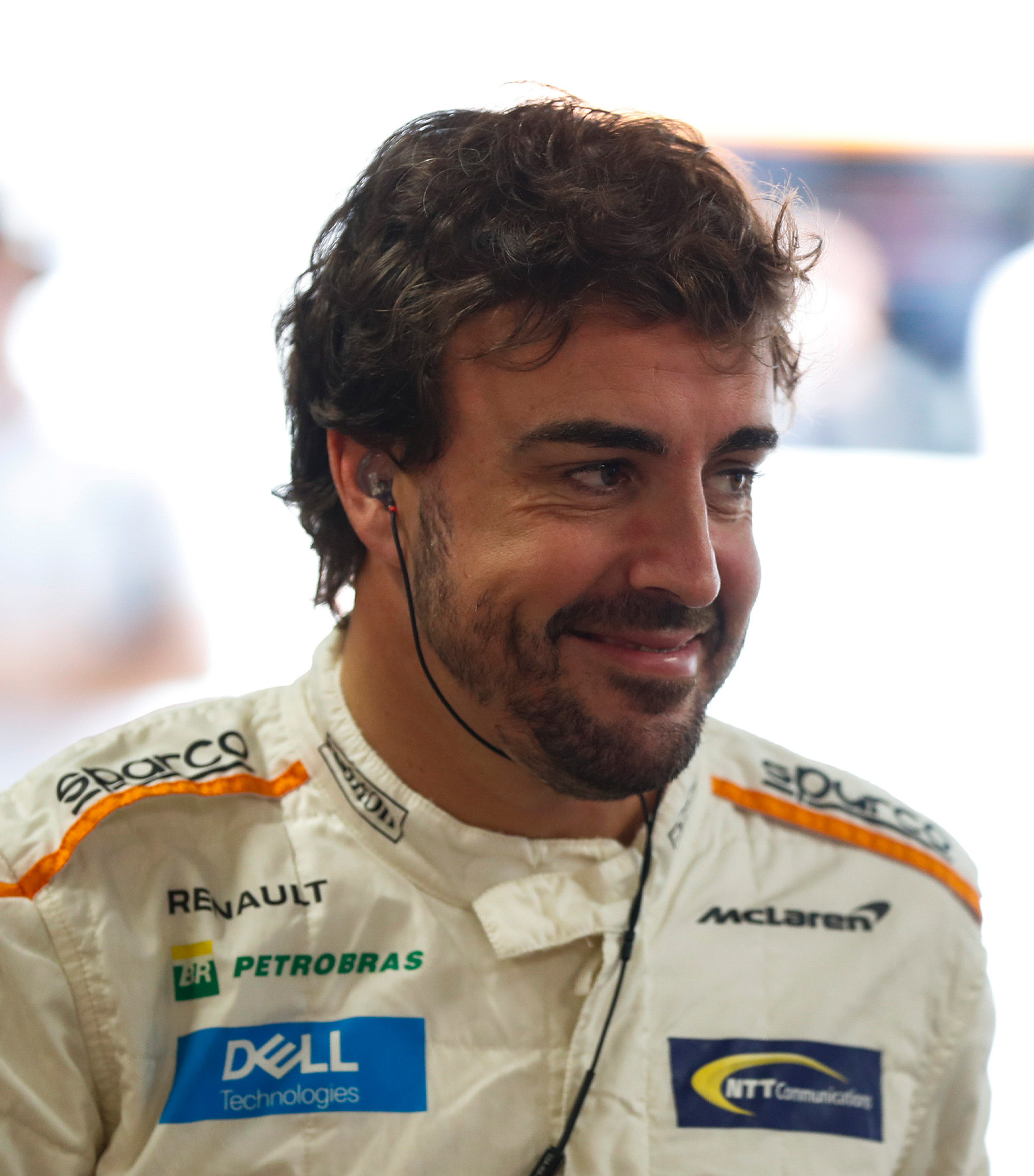 Decisions, decisions. Falling out with Ron Dennis in 2007 turned out not to have been the shrewdest career plan – and with hindsight he could hardly have returned to McLaren at a worse time. Upsetting Honda wasn’t terribly productive, either, but… For all that wiser counsel (and better pit strategy from Ferrari during the 2010 Abu Dhabi GP) might have helped him achieve more, he remains one of the all-time F1 greats.

Fernando Alonso wasn’t blessed with the outrageous qualifying speed of a Hamilton or a Schumacher but he wasn’t far short and his race performances were ever a paragon of brisk consistency. Few rivals, if any, shared his ability to extract the absolute maximum from the equipment at their disposal on almost every lap. Plus, of course, he once breezed past Michael Schumacher at about 206mph… around the outside of 130R at Suzuka. He might have had a better car, but it was still quite some move.

When Alonso scored his 32nd (and we assume final, although it’s quite hard to tell with him) grand prix victory at Barcelona in 2013, Lewis Hamilton had only 21 such wins to his name but has now gone beyond 80… and counting. As Stirling Moss’s CV proves, however, statistics alone don’t always paint a full picture. 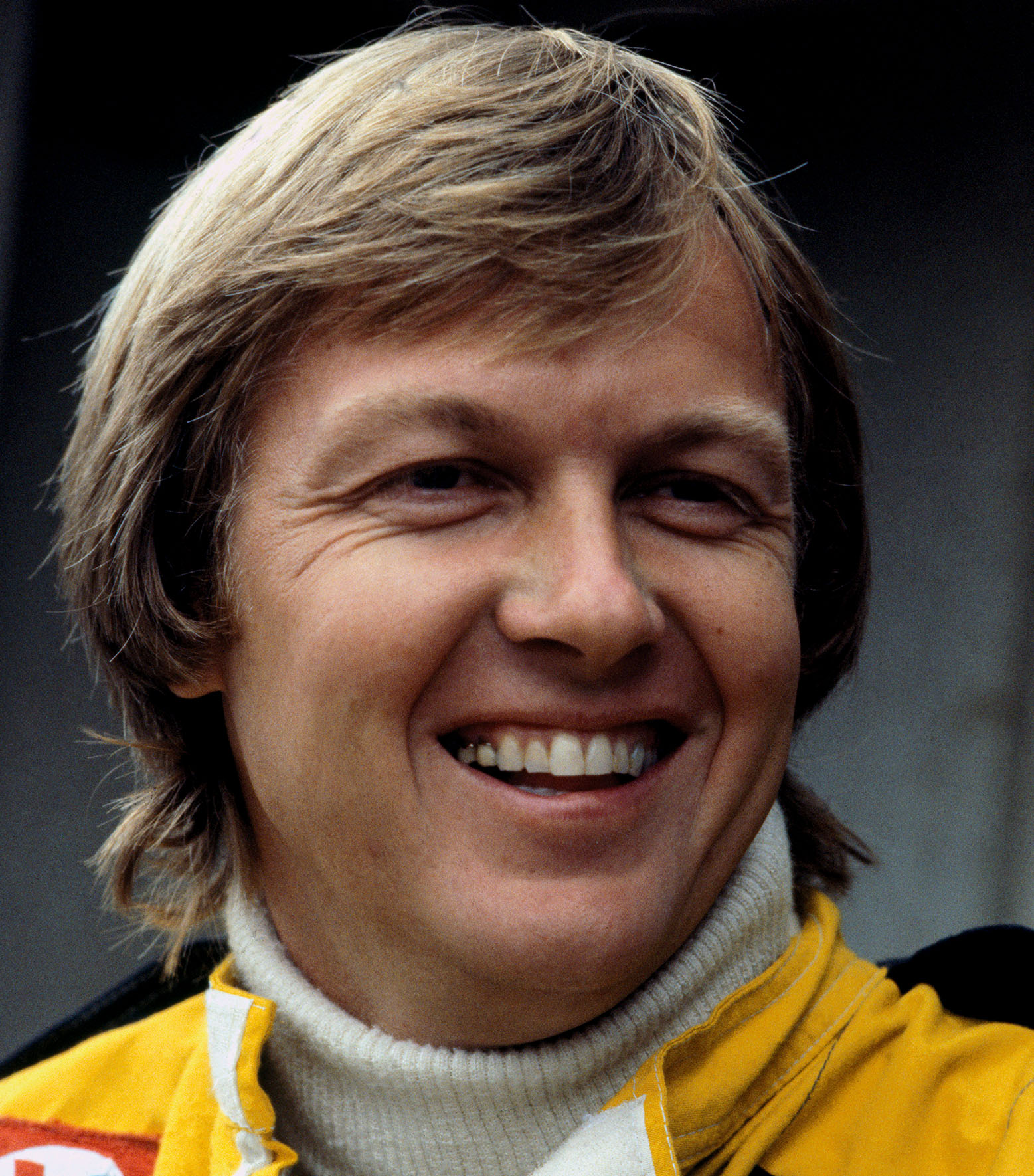 Sometimes, you had the impression that he’d be able to match his previous best lap time if his mechanics sent him out on three wheels. Bengt Ronnie Peterson was one of those drivers who could – and would – adapt to whatever he was given and wring its neck.

A karting champion in his youth, he won the 1969 Monaco GP F3 support race and made his F1 world championship debut at the same venue a year later, driving a privately entered March for Colin Crabbe’s charmingly named Antique Automobiles Racing Team.

In 1971, as a factory March driver, he had the distinction of winning the European F2 title and finishing as runner-up to Jackie Stewart in the world championship. Joining Colin Chapman in 1973 finally made Peterson a grand prix winner, even though the Lotus 72 was by then starting to show its age.

For a couple of years, while Silverstone retained the original right-hand sweep at Woodcote, the sight of Peterson coming through in his 72, car held in a perfectly balanced drift at 160-odd mph, was a snapshot of greatness. In 1978, his return to Lotus promised much after a couple of years away, but he was contractually bound that year to be Mario Andretti’s deputy – a role he fulfilled dutifully until a start-line pile-up at Monza claimed his life. 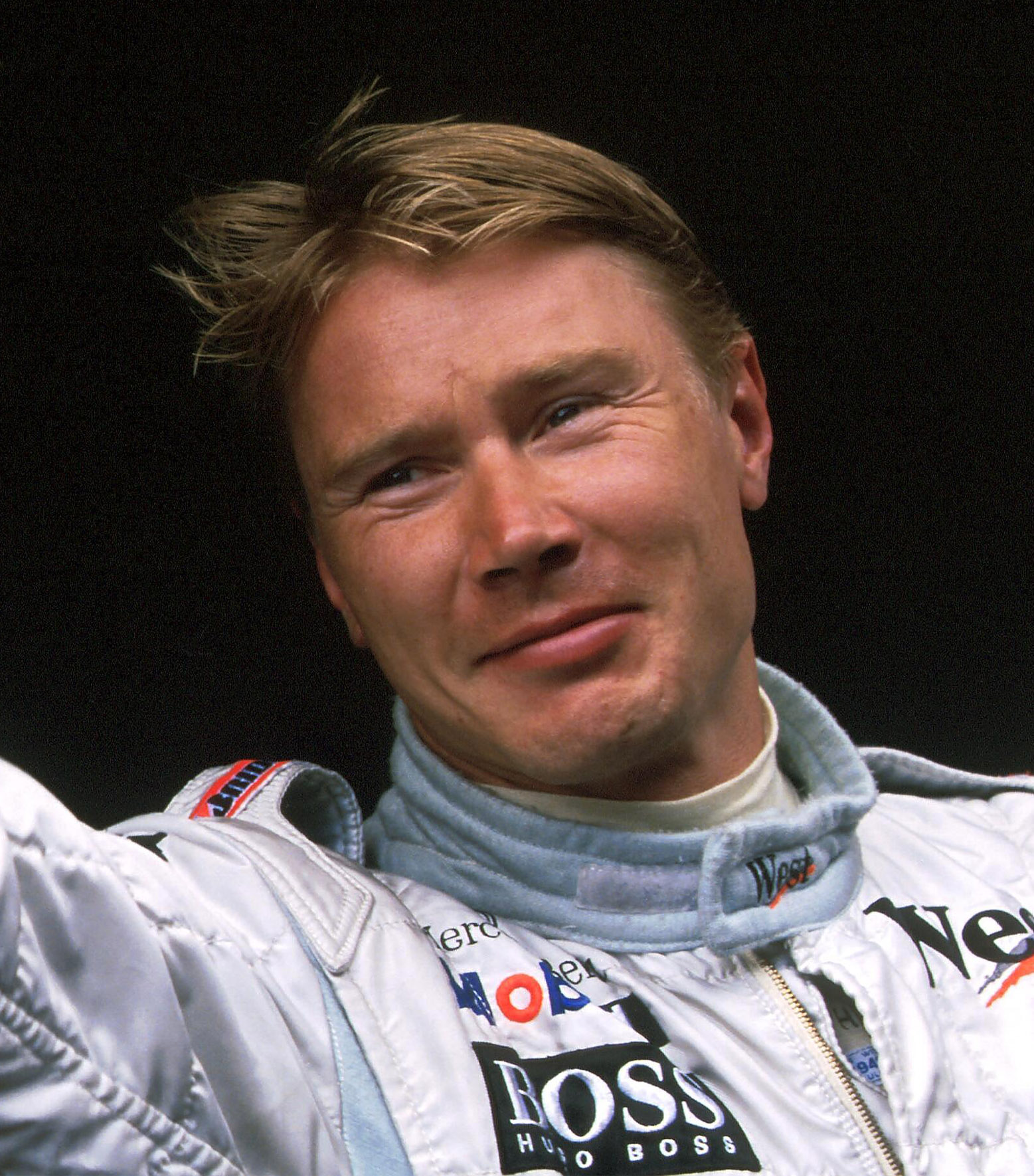 Throughout his time at the Formula 1 peak, Häkkinen was the one driver Michael Schumacher truly feared, the one who could not be intimidated. There was no finer illustration of this than Spa 2000, when the Finn began to draft alongside his quarry on the approach to Les Combes… and received a blunt chop for his troubles. Had they touched, his McLaren might not yet have landed. He responded with no more than a frustrated flick of the left glove, then passed him soon afterwards at the same point as the two sliced either side of the lapped Ricardo Zonta.

Following the race, Häkkinen had what looked like a stern word with the German but, to his credit, said not a word about it in public. Talking was something he always reserved for the track.

Graduating directly from F3 to F1 with underfunded Lotus, he impressed and earned a place with McLaren – initially as a reserve (before outqualifying team-mate Senna on his first start for the team, Portugal 1993). He made a remarkably quick recovery from a life-threatening accident (Australia 1995) and later won a brace of world titles, but you have to wonder what might have been possible had McLaren not been entering something of a lean spell at the time of his recruitment… 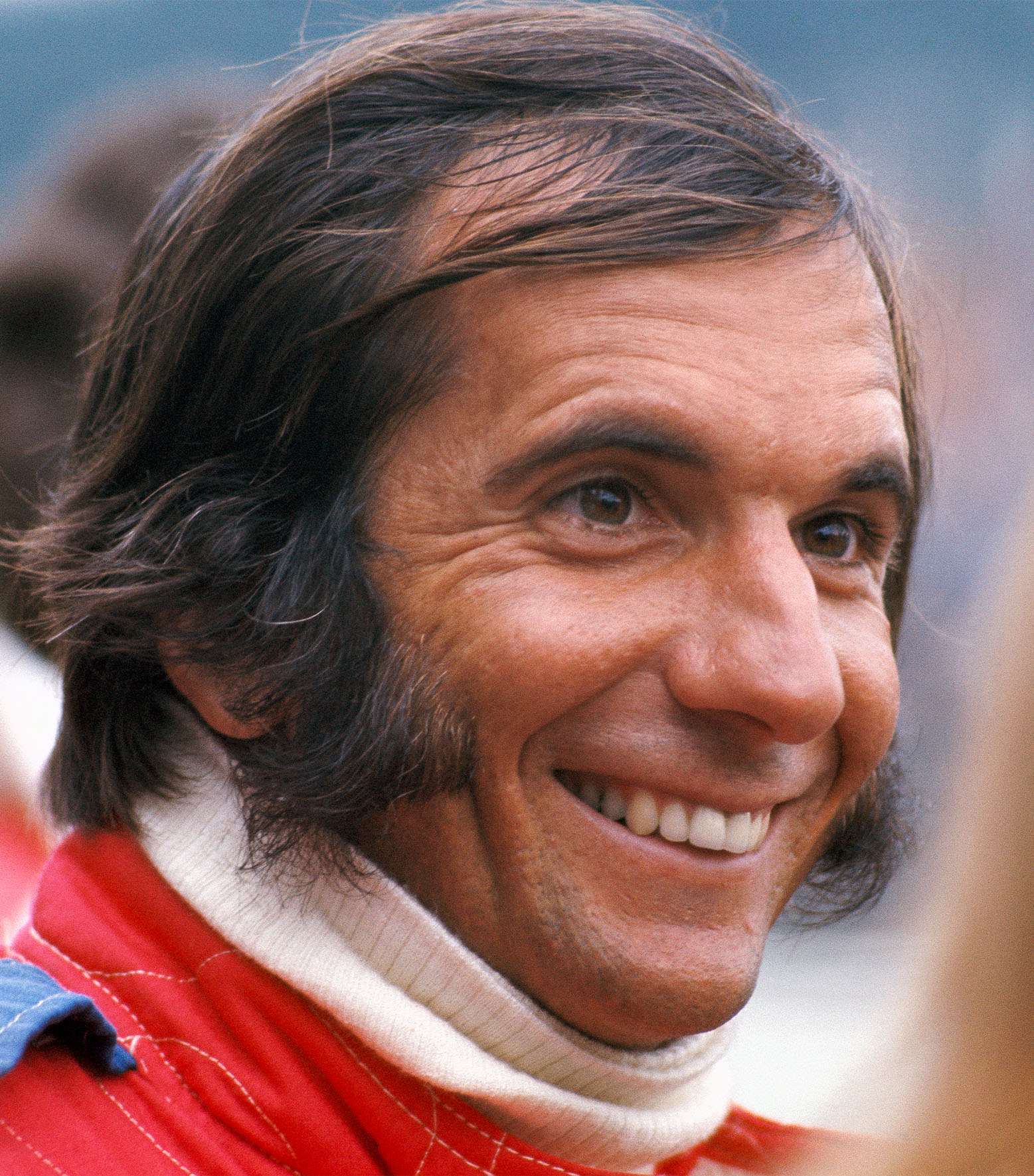 Most drivers take things one season at a time, but most are not Emerson Fittipaldi. A former motorcycle and hydrofoil racer who also campaigned a twin-engined VW Beetle, the Brazilian blazed a trail for future South American generations when he came to Europe in 1969, initially to compete in British Formula Ford.

Early success triggered a prompt and fruitful graduation to F3, he was running in the European F2 Championship by the start of the following year, lined up for Lotus in the 1970 British GP and recorded his maiden F1 victory in the United States GP before the campaign was out.

Kimi Räikkönen’s progress was thought startling when he graduated directly from Formula Renault to F1 in 2001; Fittipaldi rose almost as quickly but without missing any of the traditional steps. World champion with Lotus in 1972 (the youngest winner, at the time) and McLaren (a first for the team) in ’74, he effectively sabotaged his own future prospects by joining brother Wilson’s fledgling Copersucar team in 1976. He managed just a couple of podium finishes over the next five seasons, but after fading from F1 he emerged from retirement to race in the States, winning the 1989 Champ Car title and two Indy 500s. 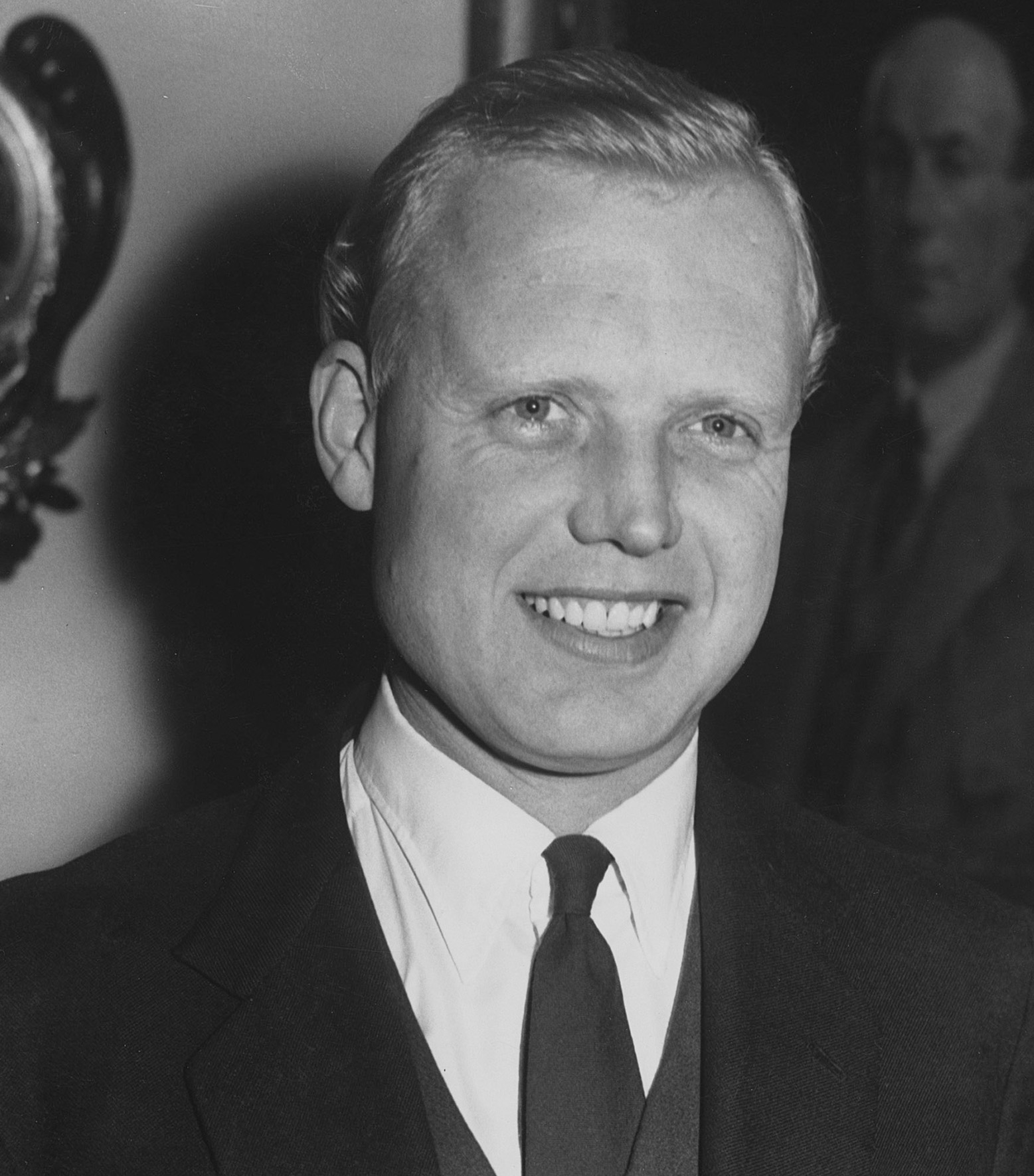 Earned a place in the history books by becoming Britain’s first world champion in 1958 – just three months before his death in a road accident – yet remains something of a divisive figure. That might simply be a consequence of mathematics (in the year of his triumph, he won but a single grand prix to the three of Tony Brooks and Stirling Moss’s four and benefited from greater reliability), but on his day he was a match for anybody.

Having begun his competition career in 1950, in sprint events, Hawthorn was contesting selected grands prix by 1952 (when the world championship ran to F2 regulations) – and took his Cooper-Bristol to third place in Britain. Enzo Ferrari offered him a contract for ’53 and Hawthorn scored his first – there would only ever be three – grand prix victory at Reims, after a thrilling duel with Juan Manuel Fangio’s Maserati 250F.

For all that he subsequently secured his world title through consistency, it was a triumph that required significant resolve because his team-mates Luigi Musso and Peter Collins (Hawthorn’s closest friend) had been killed during the French and German GPs. That autumn, he stepped away at the peak of his career to savour a retirement that proved all too short. 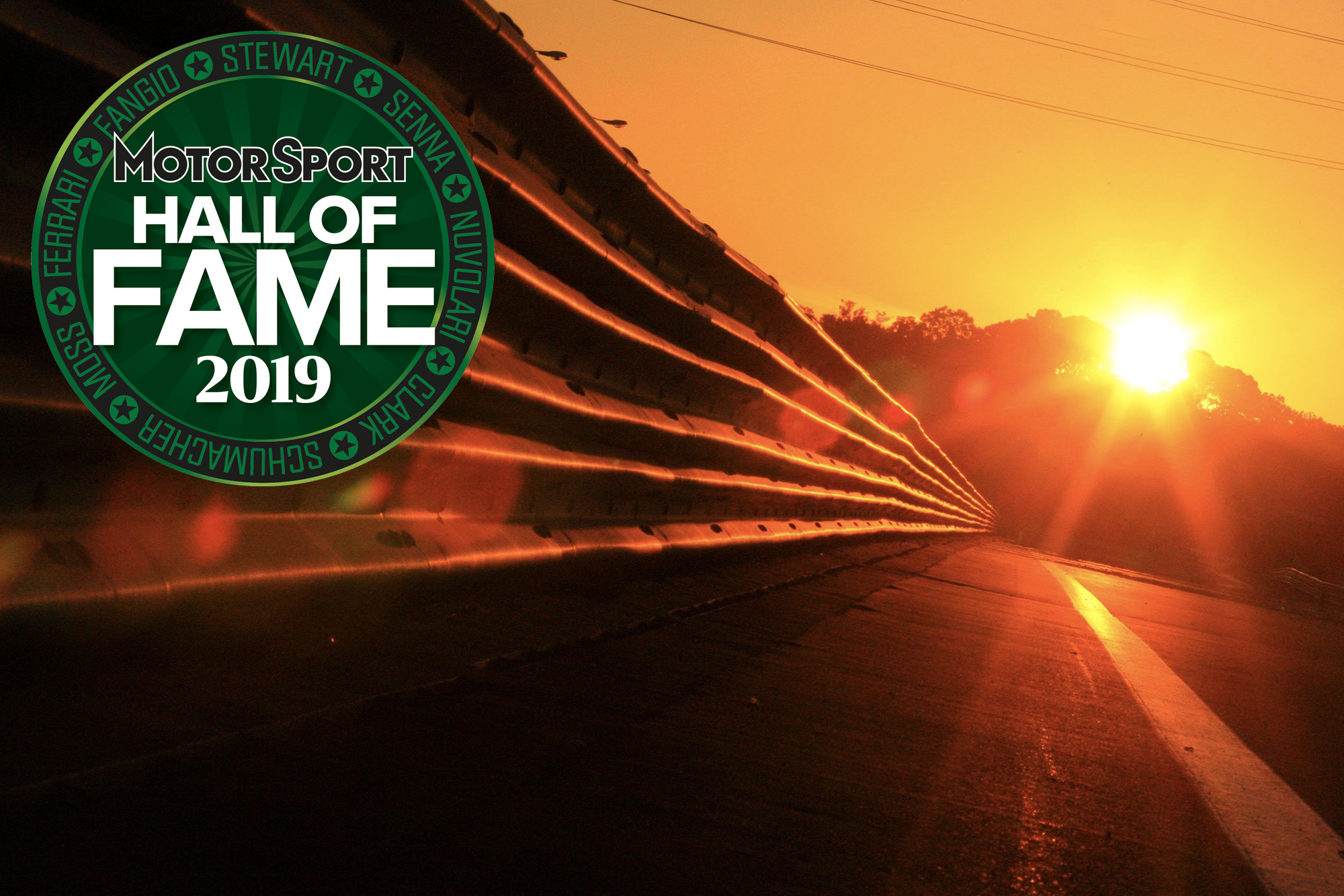 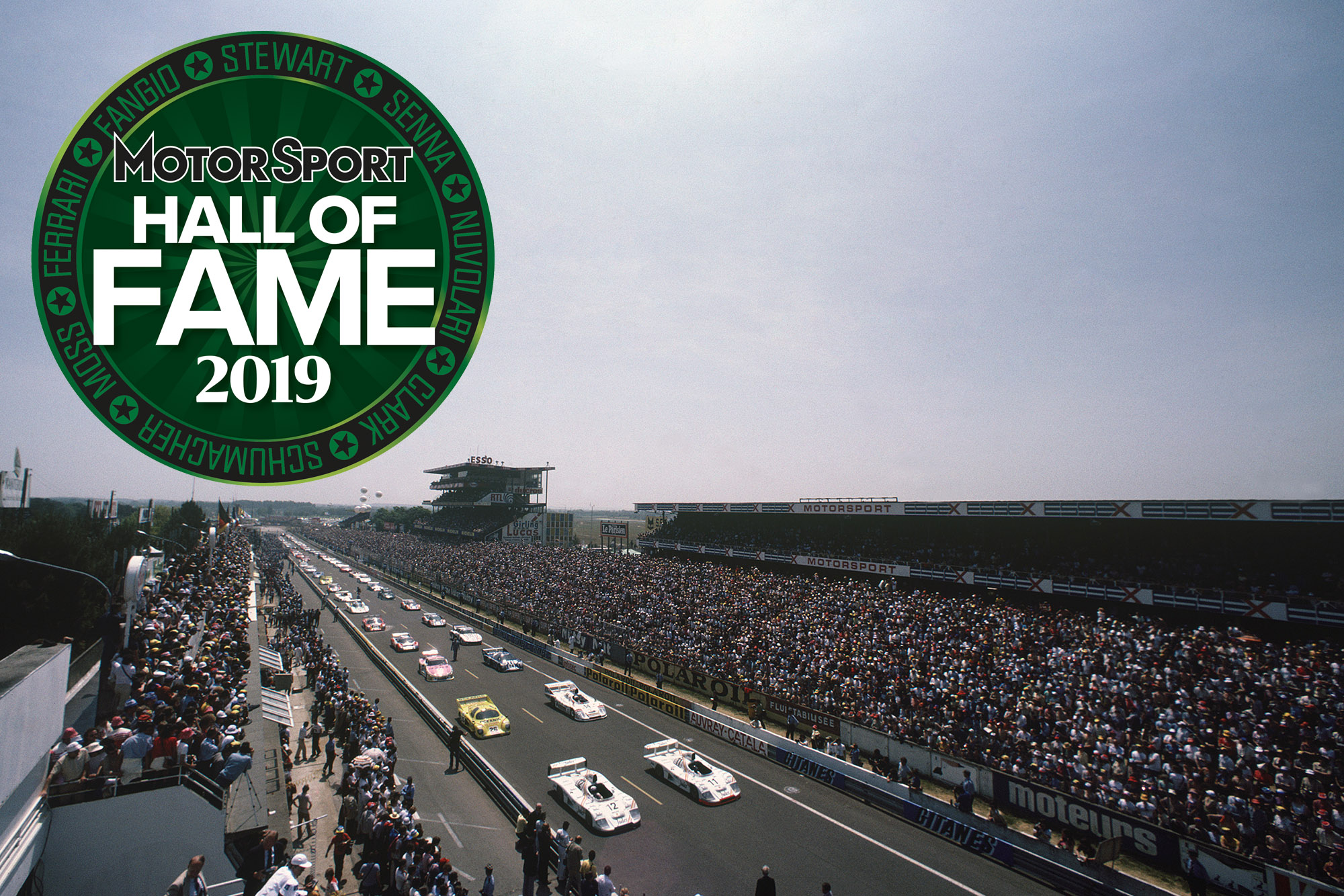 Ken Miles is a nominee for this year's Motor Sport Hall of Fame Awards, which are decided by readers. Scroll down to read more or click below to vote for…

'Quick Vic', more than a jack of all trades

Vic Elford is a nominee for this year's Motor Sport Hall of Fame Awards, which are decided by readers. Scroll down to read more or click below to vote for…

Why are we always so keen to skip to the end? Once racing drivers hit a certain age, typically around their mid-to-late-30s, it’s so often tempting to start asking them…