There are names in motor sport that evoke such emotion that the Motor Sport Hall of Fame simply should not ignore them. Be they inspirational, aspirational or simply those who spent their working lives serving the sport, the names already being considered will spring to your mind as readily as they did ours.

So in 2017 we have a new award to recognise these great folk chosen by the Motor Sport editorial team and announced on the night at the Royal Automobile Club, Woodcote Park on Wednesday, June 7.

In motor racing the driver heroics tend to grab the headlines, but behind the scenes there are a number of equally driven people who sustain this multi-billion dollar global industry. Without their entrepreneurial spirit and searing determination, the sport we love would not exist, nor could it employ the thousands upon thousands of people that it does, nor forge
new technologies that seep into and improve our everyday lives.

This year Motor Sport recognises these achievements with the inaugural Industry Champion Award. It is an award that should be regarded as equal to any handed to the headline-grabbing racing drivers.

The winner of the first Industry Champion Award will be announced during the Hall of Fame ceremony. 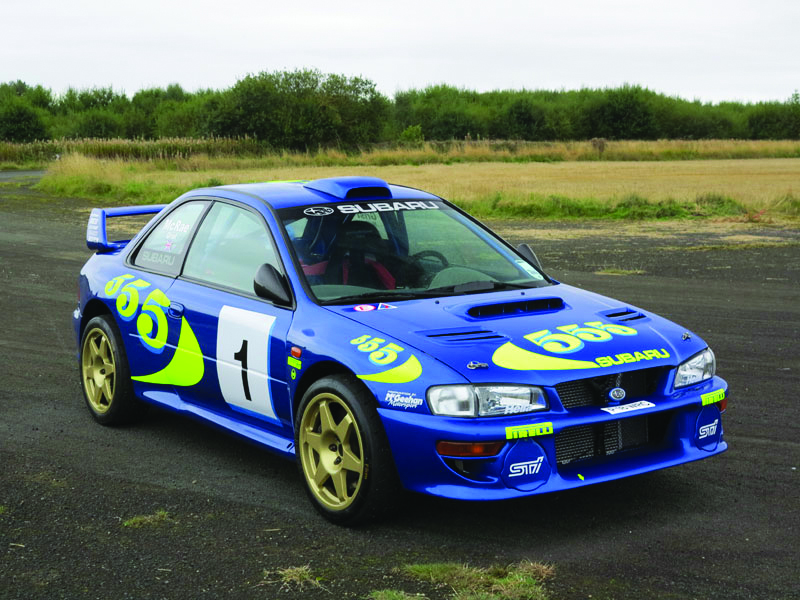 H&H Classics head down south for Hall of Fame auction

You could be driving out of Woodcote Park with your own classic following the Hall of Fame on June 7, courtesy of our auction partner H&H Classics.

So far the lots include a Subaru Impreza WRC 97, as revealed in our March issue, and a 1958 Tojeiro-Climax.

A special lot is to be sold in aid of the Henry Surtees Foundation: lunch with Derek Bell and a signed print of his and Jacky Ickx’s 1983 Porsche 956.

“This auction is important to us,” Dominic Lyncker of H&H said. “Although we have a salesroom at Hindhead in Surrey, run by former race driver John Markey, we see our involvement as a real opportunity to fly the H&H Classic flag in the heart of the South-East.

“The company is just one of five classic car auctioneers to sell a car for more than $10m, so we feel it’s high time that we make our presence felt down south!”

The auction takes place on June 6 at 1pm. Viewing opens at 9am. For more details, visit www.handh.co.uk.

A special preview evening will be held on Monday June 5, enabling you to get up close to the auction cars and enjoy drinks and nibbles in the picturesque grounds of the exclusive Royal Automobile Club. Tickets for the preview evening cost £17, which includes entry to H&H Classic’s Woodcote Park Auction in partnership with the Motor Sport Hall of Fame (worth £10) on June 6 and complimentary pocket guide. The catalogue is available to buy during the preview evening or at the auction.