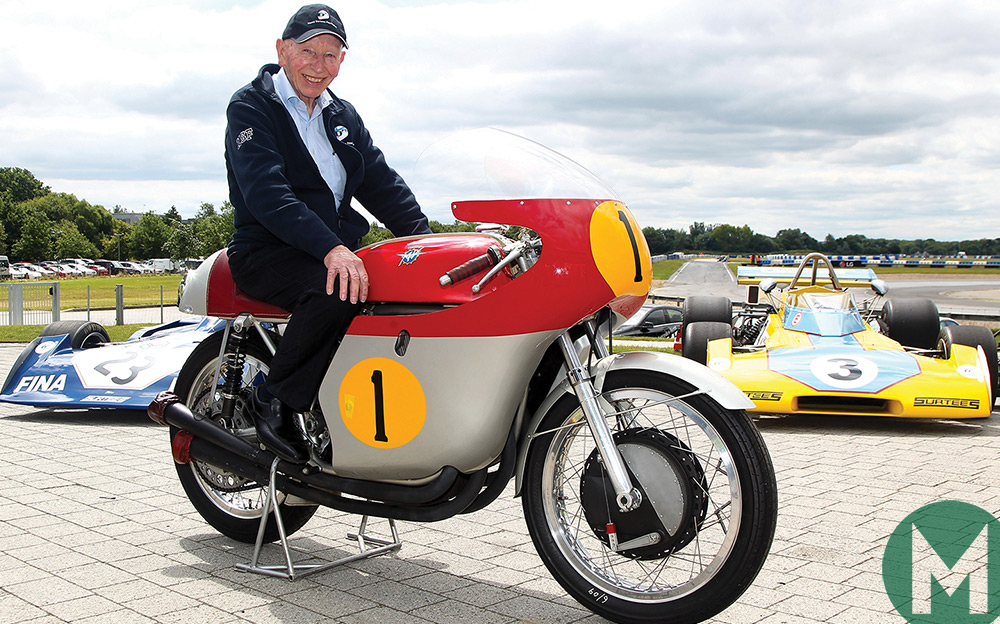 Surtees collection to go on display

Hall of Fame official charity partner, the Henry Surtees Foundation (HSF), has confirmed it will be providing three vehicles from its collection for display at the event this June.

Headlining the HSF display will be the MV Agusta on which John Surtees dominated the 1960 500c.c. World Championship. Having already spent four seasons at Count Agusta’s marque, 1960 was the last of Surtees’s two-wheel campaigns and he finished it in style by winning both the 500 and 350c.c titles.

Also on display will be a kart from Henry Surtees’s early career and the Formula 2 Surtees TS10 that claimed the 1972 Formula 2 Japanese GP with Surtees Sr behind the wheel.

Best remembered in motor sport circles for the blue and gold-wheeled Imprezas of the WRC, Subaru has joined the Hall of Fame as this year’s sports car category sponsor.

The Impreza Turbo burst onto the scene in 1992 and rapidly became the must-have for all budding rally drivers. It became a cult hero on the road and regularly embarrassed super cars on the streets.

Subaru’s place in the record books was sealed with World Rally Championships in the hands of Hall of Fame inductee Colin McRae in 1995 and Richard Burns in 2001.

The Japanese manufacturer made its mark on the race track in 2016, finishing fourth in its inaugural British Touring Car Championship season.

With its legendary flat-four ‘boxer’ sat low in the chassis and the formidable symmetrical all-wheel drive system, driving pleasure remains at the heart of Subaru’s DNA.

The first Subaru World Rally Car-spec Impreza will be sold during the H&H Classics Woodcote Park Auction in partnership with the Motor Sport Hall of Fame on June 6. On the evening of June 5 there is a chance to run the rule over the cars ahead of the auction at the Preview Drinks, taking place the Royal Automobile Club, Woodcote Park.

Also confirmed to be joining them will be Jackie Oliver, Murray Walker and James Toseland.

To book your tickets, visit www.motorsportmagazine.com/hof17