He was a living legend on two wheels and an ever-improving racer on four when an accident ended his Grand Prix career. Colin Goodwin remembers one of the sport’s most popular and charismatic figures on and off the track. 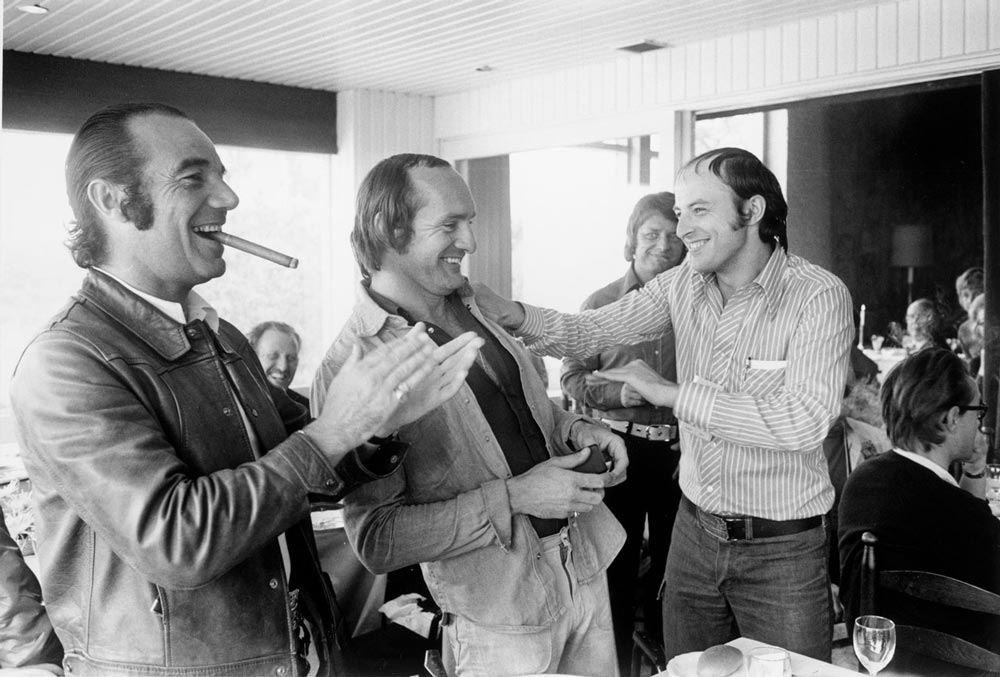 I’ve always held Mike Hailwood partly responsible for my incredibly poor tally of O levels. It was an unfortunate piece of timing that while Goodwin was meant to be spending late May 1978 thinking hard about Keynesian economic theories and such-like trivia, Hailwood was returning to the Isle of Man TT after an 11 year break.

Back then my interest in motorcycle racing was on a level with my enthusiasm for breathing and eating. I never saw Hailwood race bikes in his heyday because he retired from Grand Prix motorcycle racing in 1967 when he was 27 years old and I was only five, but you didn’t need to have seen him back then to be swept up in the wave of excitement as the TT approached.

11 years. A long time away from racing. Modern bikes, modern brakes, modern tyres. A lot of changes. Only the TT circuit remained unchanged and Hailwood was the proven master of that. 12 TT victories, including a hat-trick of wins in 1961. 12 was the racing number on the front of the Ducati that Hailwood lined up on the grid for practice for the Formula 1 race.

Should Mike Hailwood be inducted into the Hall of Fame? Vote below.