Following in the style of Niki Lauda
By Alan Henry 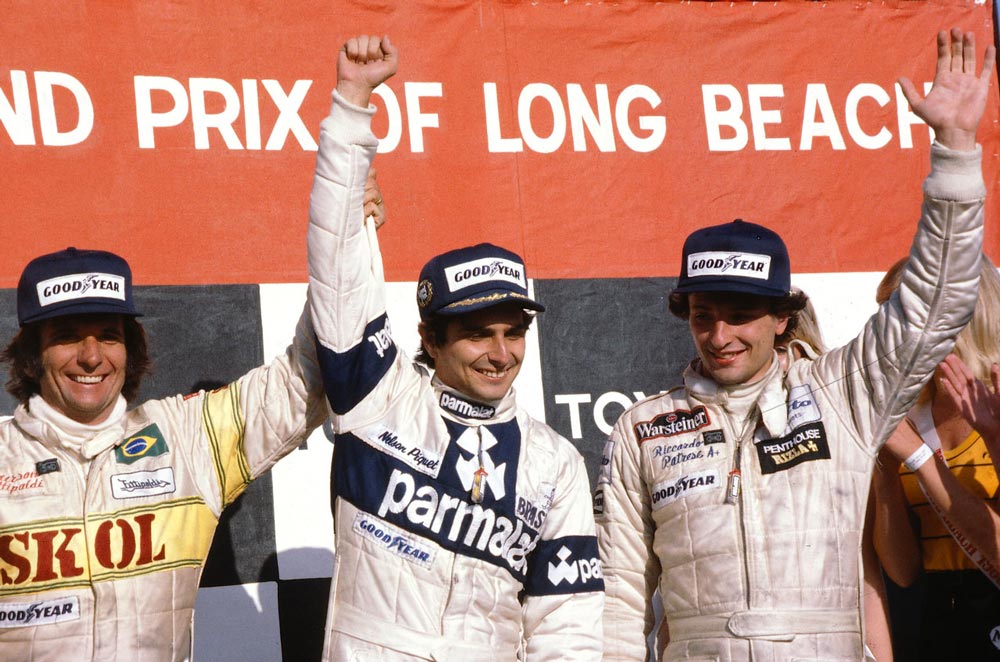 Ever since the World Championship for Drivers was instituted in 1950 the business of scoring points in order to take the title has frequently taken a high priority in the minds of competing drivers, even to the stage where it takes preference over the all-out effort to win individual motor races. The result of this has often been that the official world champion has won fewer races than a competitor who has failed to take the title. But in the highly sponsored and commercial world of Formula 1 today, the ultimate prize to be coveted is the championship — even though the best man doesn’t always win.

Let’s look back to see some examples of this theory. James Hunt, title holder in 1976, has publicly decried Gilles Villeneuve’s approach in trying to win individual races at the expense of losing a championship. Taking the Dutch Grand Prix in 1979 as a classic example, he criticises the French Canadian driver for staying out on the track, battling for the lead with Alan Jones’s Williams, when a pit stop to change a deflating tyre on his Ferrari might well have resulted in him finishing the race strongly, thereby beating teammate Jody Scheckter for the world championship. “After all,” said Hunt at the time, “this business isn’t simply about winning races, it’s about world championships.” Well that’s all a matter of personal opinion. Certainly, Tony Brooks once said that he never had a great deal of confidence in the championship system since 1958 “when Stirling won four races, I won three — and Mike Hawthorn won one and was world champion!” In 1967 Denny Hulme became title holder with two wins to his credit — Jim Clark won twice that number during the same season. And in 1977 Niki Lauda took his second championship by stealth, chalking up three victories to the four of Mario Andretti. In the Austrian’s defence, however, it should be said that he won his first championship in 1975 with a crushing streak of five victories, and repeated that total the following year when he lost the title by a point to James Hunt.

So, we pose the question yet again — what price the World Championship? This year two men have scored three wins during the season and four men have scored two wins. One of the competitors to fall in the former category is 29-year-old Brabham team leader Nelson Piquet and he’s the man who has been crowned 1981 World Champion. Three wins out of 15 races may not seem like a crushing victory of the first order, but that probably serves to indicate just how competitive Grand Prix racing has become in terms of strong teams rather than how poor the individual drivers might be. But the harsh facts of the matter are that Nelson Santo Maior, who decided to race under his mother’s maiden name of Piquet to avoid publicity in the face of disapproving parents, has won the World Championship title in his third full season of Grand Prix racing. Some people have held this up as an achievement of considerable merit. In our view all it proves is that good drivers tend to be good from the word go.

Should Nelson Piquet be inducted into the Hall of Fame? Vote below.