Marking the 70th Anniversary of the first race ever held – the British Grand Prix™ at Silverstone on May 13, 1950

Marking the 70th Anniversary of the first race ever held – the British Grand Prix™ at Silverstone on May 13, 1950 – Formula 1®in collaboration with Automobilist presents the Collector’s Edition Poster that blends the past – with all FIA Formula 1® World Champions since 1950 listed out on the poster, the future – a rendering of the Formula 1® car in the next few seasons, based on the new technical regulations, and the present – a commemoration of 70 years etched out in golden embossing.

May 13th 1950 was a sunny spring day at Silverstone and a crowd of around 120,000 packed into the former military airfield to watch what was officially called the Grand Prix of Europe, although it also incorporated the title, British Grand Prix. The sport, since then, has come a long way. Developed exclusively for the F1® Print Store, the poster has been designed using our state-of-the-art graphic modeling process and printed on high-quality paper with rich colors that won’t fade over time. 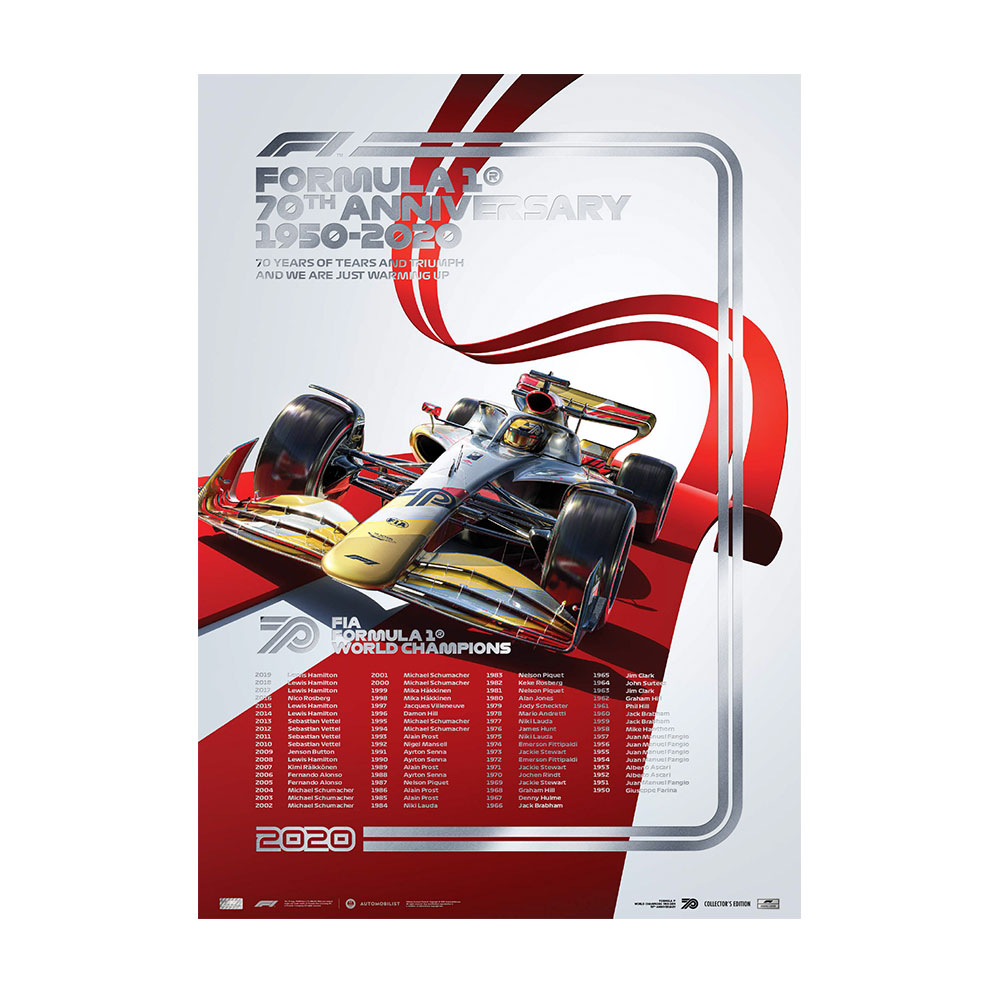 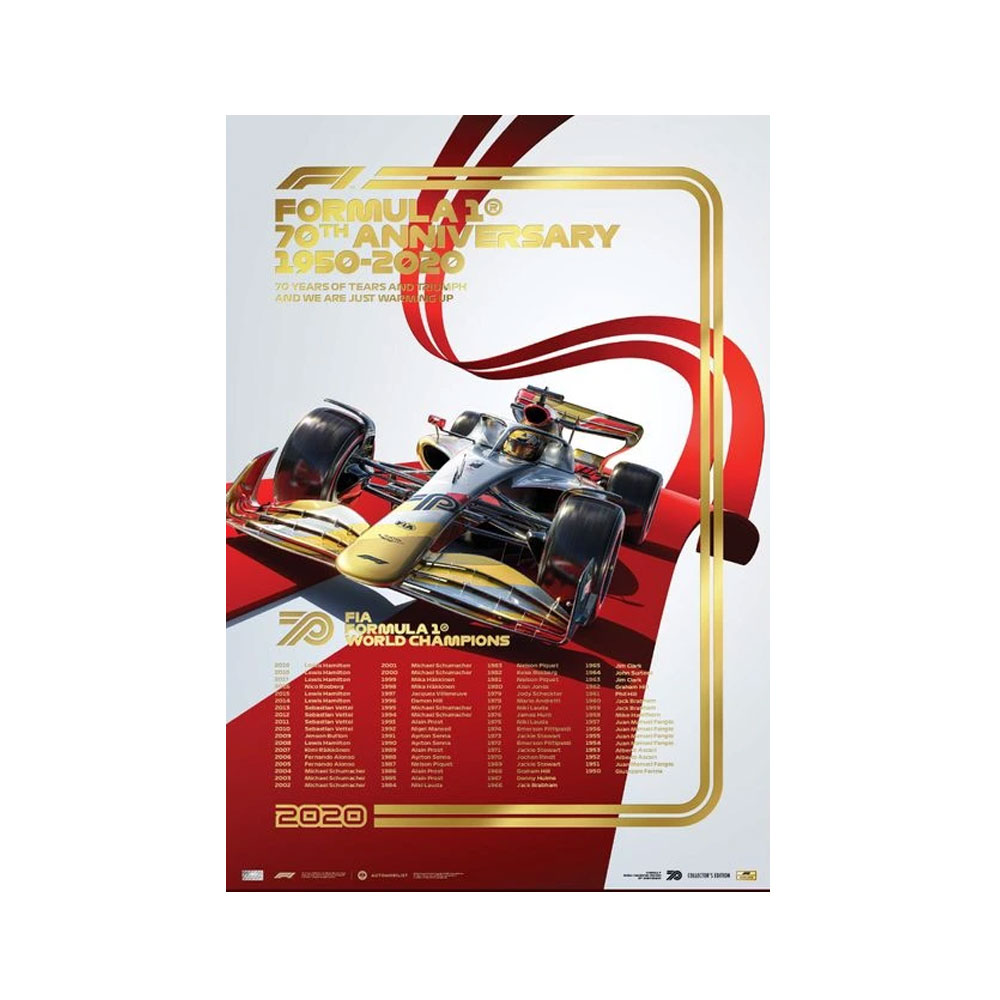 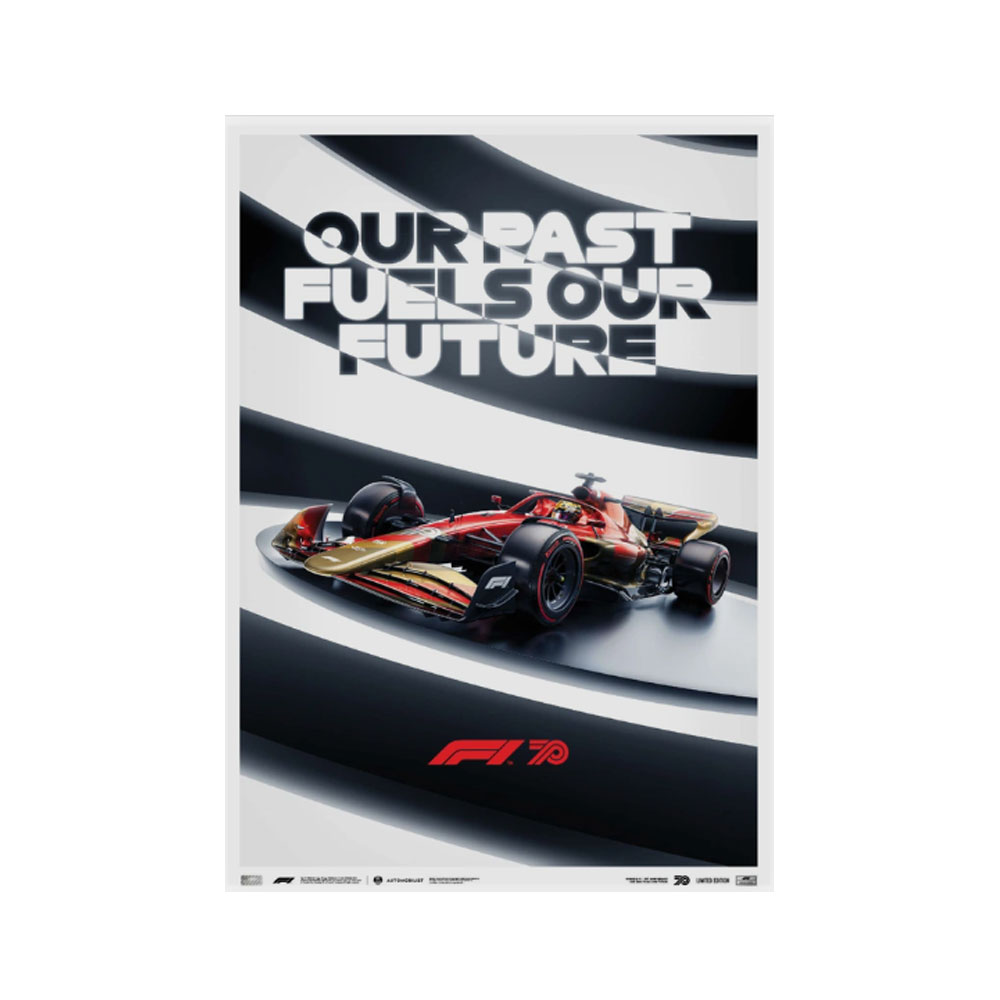 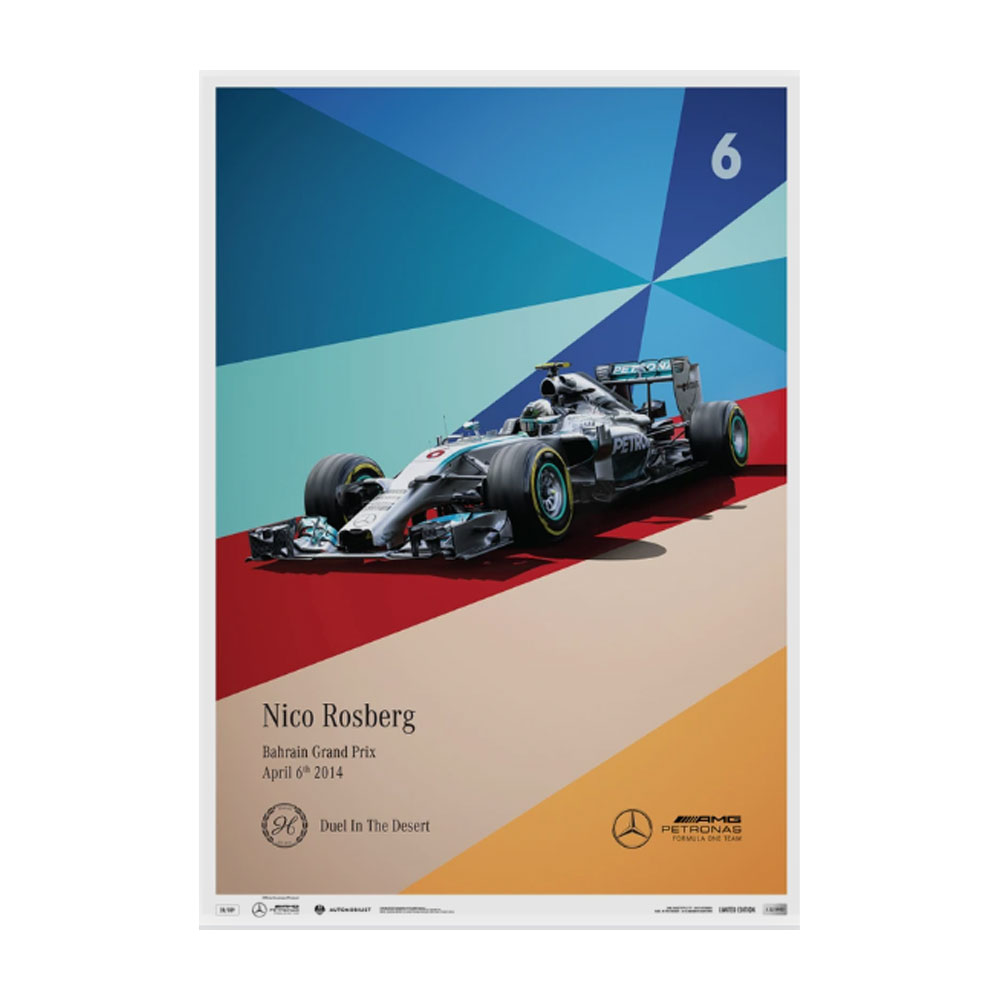