trials are aware of their strenuous nature and naturally Mr. Taylor made many friends and became very prominent in motoring circles which was one of the principal reasons for his branching out in business on his own account.

In the year 1922, he started the business of r. B. Taylor, in Birmingham, with a staff of five men, and then, as now, took a very active part in the works side of the business, besides handling a growing sales department. It says much for his business abilities, that now he employs thirty hands and besides his premises in Birmingham, controls a large repair works in Smethwick.

The Smethwick works are equipped with the latest machine tools and everything is done on the premises, including crankshaft grinding and cylinder grinding, besides the ordinary routine of high class repair operations.

Being a practical motorist himself, Mr. Taylor understands all the special requirements of sports car owners, and does a very large business in overhauling and tuning fast cars of all types. No job turned out from his works is handed over to a client unless it satisfies Mr. Taylor after a suitable road test, which, needless to say, is of a very searching character.

Mr. Taylor is an outandout Bugatti enthusiast, being one of the most skilful drivers of these machines at the present time. When Taylor has a Bugatti in any trial, all the spectators know they are in for a treat, and he seldom disappoints them, for whether it is a matter of sheer speed, or taking any of the special freak hills at speed, he invariably puts up a thrilling show.

Doing a very large business as a Bugatti specialist, Mr. Taylor is always in great demand by sporting car owners as his experience with this particular make, both as a trials driver and from a tecanical point of view, is held in great esteem. Besides the full-Brescia Bugatti he has used in many speed events, Mr. Taylor owns one of the new two litre Grand Prix models and also a i i-litre model, which will shortly appear equipped with a supercharger. This machine was in course of preparation at the time of our visit to Birmingham, and from our examination it appeared that there was every indication of its putting up some remarkable times for sprint events. Other

modifications of this car are the adoption of roller bearings for the connecting rod big ends, specially lightened reciprocating parts and other interesting details which at the moment we are not at liberty to disclose. Despite his early experiences in building his own light aeroplane, Mr. Taylor still believes in the future

of this type of machine for sporting purposes. In fact, flying still forms his principal hobby, that is when he can spare enough time from his business and the activities in connection with various motor car and motor cycling clubs. We believe it is correct to state that Mr. Taylor is one of the youngest recognised agents in the motor

business, as he is still in his twenties, but in whatever part of his business one cares to look, there is evidence of organising skill and ability that would be a credit to many of much longer experience, though there are few who have studied the sporting side of the motor business more closely or more thoroughly. 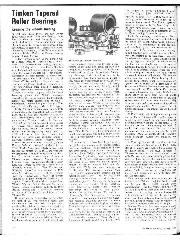 Keeping the wheels turning What do the Fiesta, the new Rover 3500, works rally TR7s and Escorts, most Formula One cars and Concorde have in mechanical accord? The answer lies… 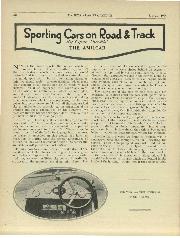 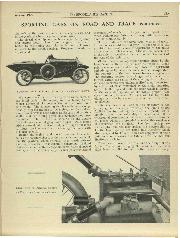 in Cars on Pout &Track By Op GA Tiro fflo THE AMILCAR, NAMED the Grand Sports, the Amilcar which we took out for a trial spin the other day, had…

Precision, Winter 2022 There was never any denying Omologato founder Shami Kalra’s passion for motor sport, but he’s now reinforced it with the creation of a limited edition chronograph that… 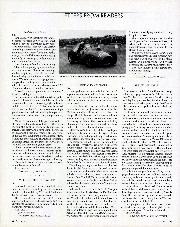 Villoresi gets the works

Sir, I enjoyed your Hawthorn article but would point out that the Thinwall Special did not feature in Mike's battle with Luigi Villoresi at Boreham in 1952: Villoresi was in…