CARr;FULLY organised publicity can give to a com paratively ordinary event a glamour of achievement which it does not really deserve. Without wishing in any way to disparage such performances as “beating the Blue Train,” in a modern car, or any other accomplishment of recent years, one feels that these events would appear in better perspective if they were duly compared with the efforts and successes of the past. Memories at times are regrettably short, and in applauding alleged unprecedented feats the records of pioneers are likely to be overlooked. To take a case in point, over 20 years ago, not one, but many motorists set up average speeds across Europe considerably higher than those which have lately caused so much excitement. In May, 1903, Gabriel on a Mors car, in the famous race which was the last of the great townto-town contests, averaged 65 m.p.h. from Paris to Bordeaux. Far from having clear roads he had 167 other competitors to pass on the way and, although we would not suggest that progress from those days has been anything but remarkable, it would seem that there are better ways of demonstrating the efficiency of modern cars than by putting

up performances considerably less than those of nearly 30 years ago. Proof of progress is rather to be found in the speeds made in the few great road races of to-day, of which the ordinary public takes but scant notice, and in feats like that of M. Senechal’s eight day circuit of Europe, which is certainly without precedent in motoring history. In aviation one notices the same thing, and although it is a fact that there are now many private owners of reliable and easily-controlled aircraft, some of them would do well to remember that flying did not commence in 1926, that many of the stunts uhich they are inclined to consider as new discoveries, were actually performed in pre-war days on machines with which many of them would find great difficulty in flying at all. Progress in all phases cannot be denied, but let us remember that the advance is to be found in machines themselves rather than in the men who use them. Enthusiasm and pride of achievement is good, but it should not crowd out the due remembrance of the

almost incredible perform-. ances of the pioneers ; it

should imbue the present generation with that desirable quality, a sense of proportion. 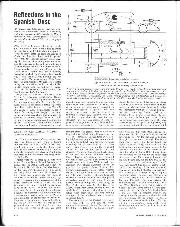 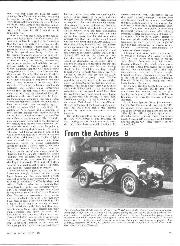 Reflections in the Spanish dust

[Production schedules dictate that this look-back at the controversial Spanish Grand Prix, which had to await the CSI decision on Hunt's disputed victory, appears further forward in the issue than… 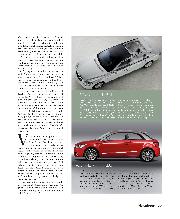 I can’t let the month pass without mention of the latest product from those wacky folk from Mercedes’s Maybach brand. Officially this ‘Landaulet’ is a mere concept, though unofficially Mercedes… 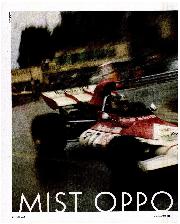 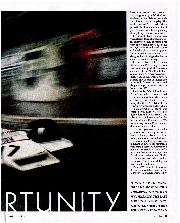 Rain drumming on your helmet as you snuggle into your BRM. Check the belts are tight. Release the clutch and off onto the warm-up lap. The track is flooded. A… 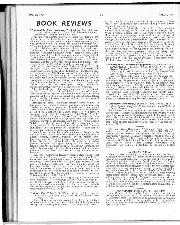