I read. with interest in your March edition the letters headed ” Tales of Woe,” and feel I would like to relate my own similar experiences.

Last year, after reading your and other motoring magazines’ enthusiastic reports, I decided to buy an Austin Healey Sprite. Tlw local agents were approached and advised me that delivery was approximately one month. However, for personal reasons the car was ordered through another garage, who in turn, of course, ordered it front the agents. Three months elapsed before the car was finally delivered, daring which time the only comment front the agents was to the effect that I should have ordered direct through them. I low. ever, the car was collected and I looked forward to sampling the motoring about which you had enthused, but, alas, it was not to be.

During the first fifty miles, a rattle developed. This was traced to the petrol tank (the garage said it was a loose baffle; B.M.C. deny potting baffles in the tank !), and a replacement Was ordered. Shortly after this an under-bonnet investigation showed the engine to be covered in anti-freeze.. Back to the garage once again, where the engine was stripped and a cylinder head stud found to be loose. At this stage I wrote to B.M.C. complaining about the tank, etc.. and received A reply stating how sorry they were to hear I was having trouble; very consoling ! The next fault was the near-side. door catch practically falling off, closely followed by the ” flasher ” unit :packing up, and in a photo-finish for third plate, failure of the horn.

At this time, an advertisement issued by B.M.C. appeared, praising their Spares service, in which they claimed that spares were (I quote) ” immediately available.” After waiting 10 weeks for a petrol tank, -five for a door catch, and five days for a rubber jacking point grommet, the amusement that this advertisement caused can be imagined. A further letter to B.M.C. pointing out Hie meaning of the word immediately was then written. A reply was duly received, in which they totally ignored the points raised, and pointed out that if the parts were in Net ordered through their local main agent, I would have enjoyed an immediate service. The rub here was that the parts were ordered through this agent. I feel no further comment is needed.

Fitially, the car is once again going back to the garage, as it is using a pint of oil every 60 or 70 Miles, due to the engine leaking like a sieve. I would add that the car was ” run-in” in accordance with the handbook and has now only done 4,000 miles, and as yet has never been ” flat out.” which is more than I can say for myself, as during the last few months I have been just that with exasperation.

In conclusion. I would compliment you on an excellent magazine. and hope that you carry on the good work you are doing, and that your Sprite is motoring well. I am, Yours, etc., 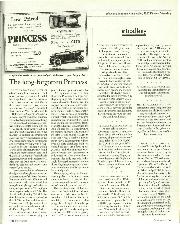 The other day I came upon an advertisement for a car of which I had never previously heard or, if I had, I had forgotten it. It was the Princess,… 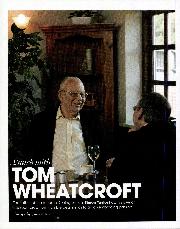 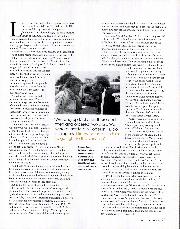 The father of the modern Donington tells Simon Taylor how his love of the sport grew from humble beginnings to an all-embracing passion Photography: James Mitchell Larger than life: that… 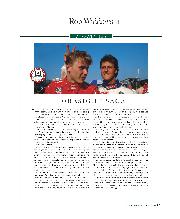 By Rob Widdows "Hello". Big smile. "You here for race? You like the play casino, have night with me?" She is very good looking, designed in a wind tunnel, alluring… 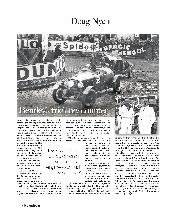 Proper racing drivers are often characterised by psychologists as being ‘high-attainment individuals’. That doesn’t always make them likeable, truthful, straightforward or honest enough for Rover Scout status. Team managers over…