Formula 1 people hate unknowns. They can’t stand any inkling that they lack control over their own destinies. Yet at the same time, and just like the rest of us, they relish the uncertainty of this most complex of sports once the red lights go out, a contradiction that sits at the heart of their F1 addiction. Predicting what’s going to happen next is usually folly in F1, even for motor racing’s greatest minds, and this year it’s true to a degree rarely matched.

The delicious morphine of the tantalising unknown is the best hope F1 has of saving it from itself, in the wake of the bitter events of the Abu Dhabi climax last term. So many have vowed to switch off and turn their backs – but will they? Won’t it be business as usual when they line up in Bahrain, or has lasting damage been inflicted by the contrivance of Lewis Hamilton’s last-lap defeat? Amid promises of reflection and a meaningful review by the governing body, president Mohammed Ben Sulayem has stood down race director Michael Masi, restructured how races are run and rehired Herbie Blash as an adviser. All signs are that the FIA has accepted its culpability in the biggest on-track scandal since the Michelin tyre debacle at Indianapolis in 2005.

Despite the outcome of that review, the shadow of last season can’t be ignored as F1 attempts to shake it off and look ahead to a season based around its most fundamental technical reset since 1983. Back then, ground effect aerodynamics had been banished at short notice in favour of a supposedly safer flat-bottom breed. Nearly 40 years later, history comes full circle. Ground effect is back as part of a new rulebook written specifically with the purpose of improving the racing spectacle. Diminishing the emphasis on surface aero should reduce ‘dirty air’, allow cars to follow each other closer and empower drivers to race without hitting the invisible wall that has defined grands prix for so long. That’s the theory, anyway. As Motor Sport columnist Johnny Herbert pointed out last month, the new cars still feature wings, and high levels of downforce remain. Let’s see. 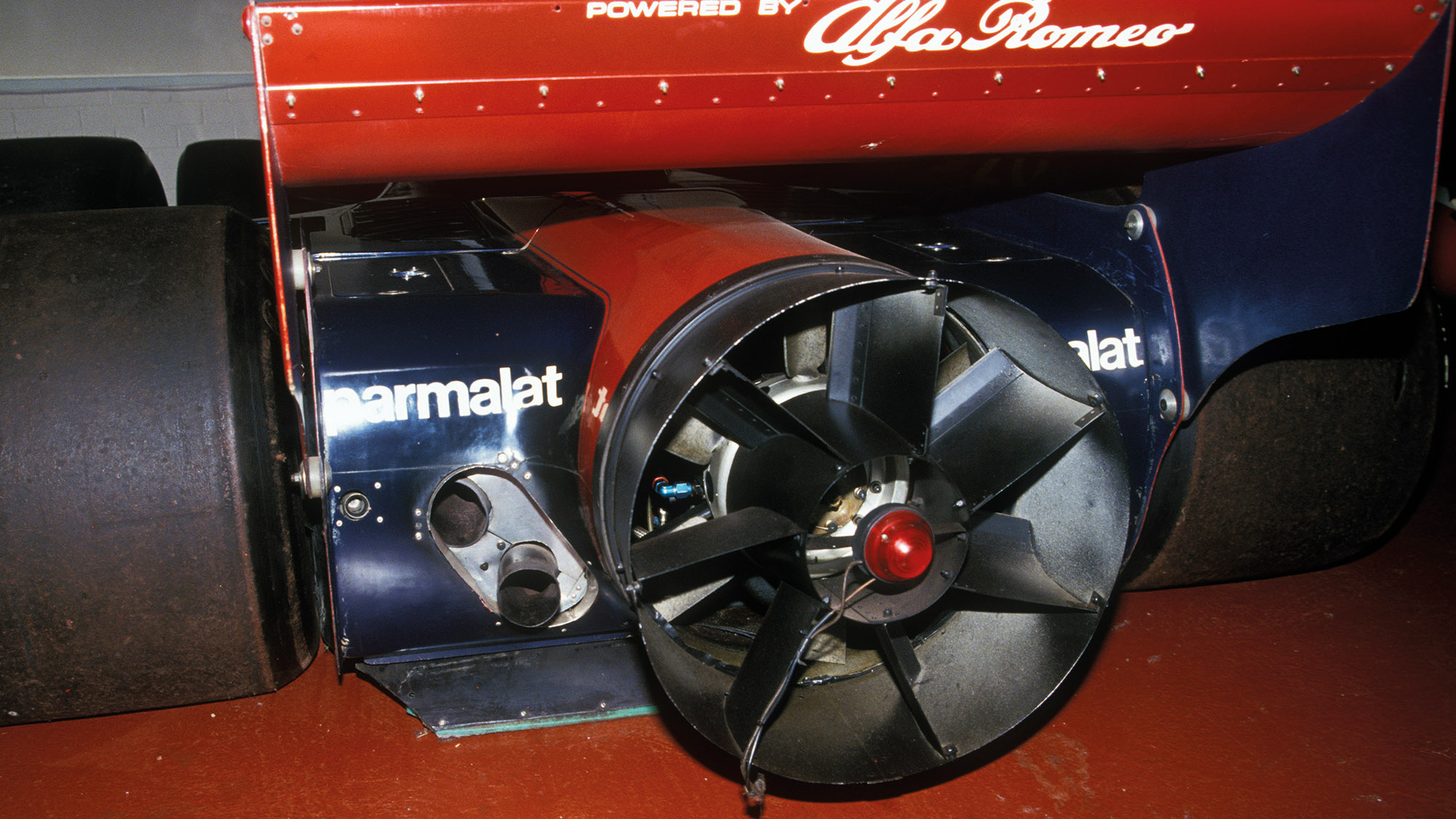 What can’t be underestimated is just how challenging the reset has been for the teams. Sure, they’ve faced multiple big regulation changes in the past – the downforce slash of ‘skinny wing’ F1 cars in 2009 and the wide-track about-turn of 2017 when F1 for once chose to increase speeds rather than cut them. But the clean-sheet approach this time is more daunting, in the context of a pandemic that has delayed its introduction by a year and generally made life tougher for everyone; a tightened budget cap that will really begin to bite in its second year of operation; ever-stricter aerodynamic testing regulations (ATR) that limit wind-tunnel and even CFD development based on a sliding scale of success for each team; and the introduction of 18-inch low-profile Pirelli tyres in place of the traditional 13-inch rubber. Who best adapts to the new tyres will be a defining factor in the final outcome of whatever we’re about to witness.

Even the power-unit freeze that kicks in this year, locking in what teams have to work with until the next generation is introduced in 2026, has added complexity. Homologation deadlines in March, and September for hybrid components, has led to a frenzy of development that will be crucial for competitive prospects for this and the following three seasons. So much is riding on the decisions taken within teams right now. 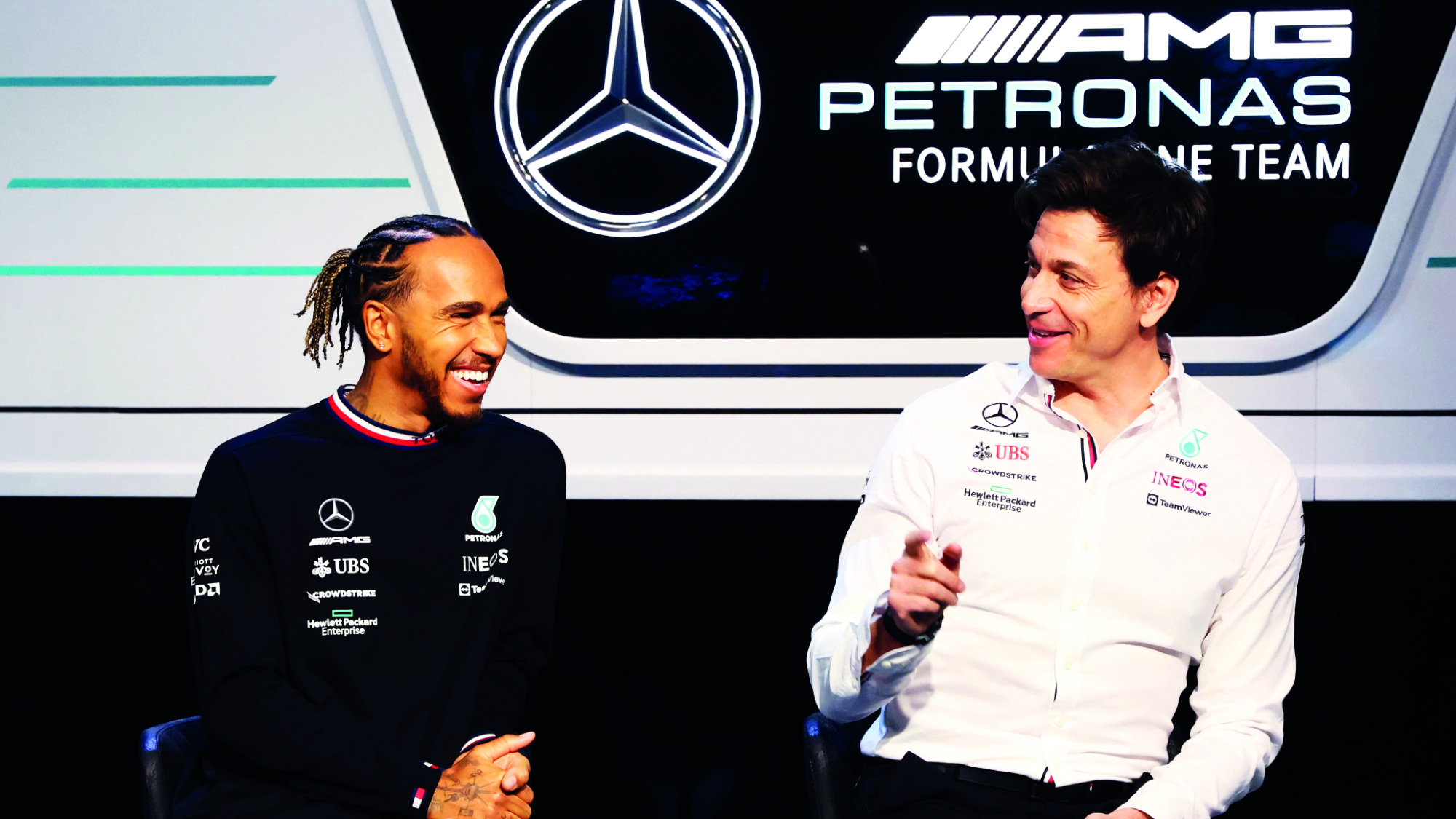 Lewis’s confirmation of his place at Mercedes was made late

Whether the reset really does allow the midfield teams to leap into championship contention is the tastiest point of debate. It’s easy to default to a natural conclusion that Mercedes-AMG and Red Bull, comfortably the best-functioning teams of the modern era, will pick up from where they left from last year. But we expected the same from McLaren in 2009 on the back of Lewis Hamilton’s first world title the previous year – and yet the team slumped. This time even more variables are in play to undermine any assumption.

It seems a stretch to believe either of the big two will drop the ball – although Red Bull’s transition from Honda works team to brave independent will surely bring extra challenges, no matter how smoothly structured the process is planned to be. Instead of expecting either Merc or Red Bull to fall, a positive outlook focuses on at least one – and hopefully more – of Ferrari, McLaren, Alpine, and even AlphaTauri finding a significant rise in performance. The big example from the past was labouring Honda in 2008 morphing into the Mercedes-powered marvel that was Brawn GP in ’09. Could it happen again? It could.

The most uncomfortable unknown, aside from the level of public fall-out from Abu Dhabi, is surely Lewis Hamilton’s current state of mind. After a winter of shutting himself off from all things public life including zero racing or media activities and (presumably) a lot of time for self-reflection, Hamilton finally confirmed in February that he will be back on the grid with Mercedes this year, despite how disillusioned he may still feel.

Would he really have walked away? Perhaps. But he’d have left his team in an awful bind, and given that he works by his own ingrained set of high professional values, no, he probably wouldn’t. But when the season does get underway, how he handles himself in the public glare will be fascinating. He has certainly set out his stall in typically punchy style. “What doesn’t kill you makes you stronger,” he told the world’s media ahead of the new car launch, adding for good measure: “If you think what you saw at the end of last year was my best, wait until you see me this year.”

Then there’s Max Verstappen and the heated rivalry between the two. Abu Dhabi apart, these two served up what has been widely heralded as F1’s greatest duel last year. Week in, week out, the battle was unmissable and utterly absorbing, especially when it inevitably spilled over into melodrama. In the wake of how it ended, both drivers will be at pains to take the heat out of the intensity – at least until they head towards an apex side by side for the first time. Verstappen, being the man he is, won’t compromise on how he races (and your appreciation or otherwise on that is a matter of taste). Hamilton’s approach is more nuanced, but his well of mental resilience has equal depth. At 37, and with an added sense of chasing redemption to drive him on, Hamilton must draw once more from that well if he is to claim that historic eighth crown. Sequels often fall short of the original. But in this case, maybe not. 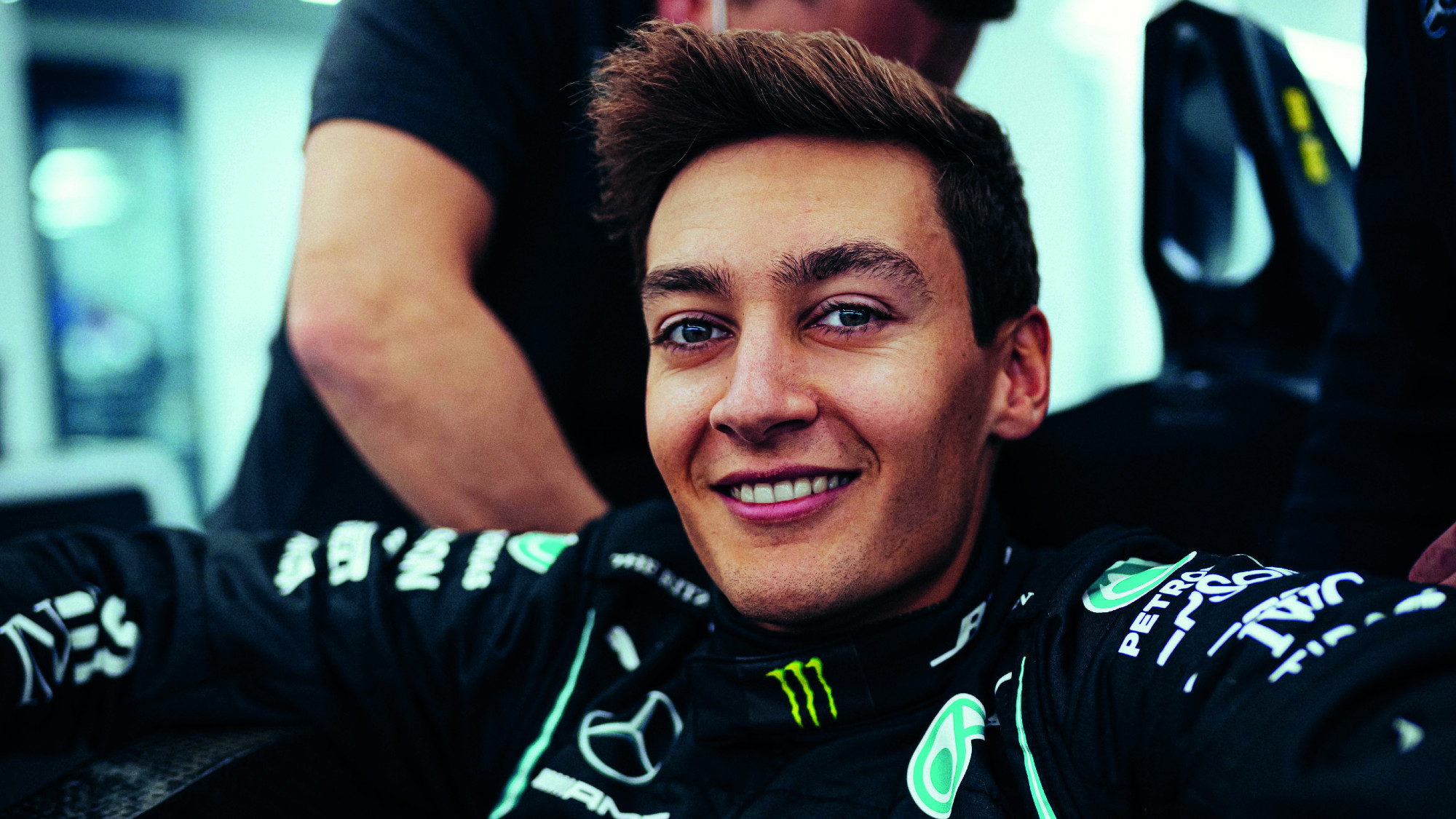 If facing Verstappen and injustice wasn’t enough, Hamilton must also contemplate how to handle the incoming George Russell who enters his domain. The 24-year-old has been patient at Williams and should now explode into a top-line frontrunner.

There will likely be talk of managing expectations, both from Russell and his team, but let’s be straight: Russell is fierce in his ambition, has a steel edge that he makes no attempt to hide and will absolutely expect to pick up from where he left off from his blazing super-sub performance in Bahrain two years ago. Victory at the same venue (if not the same track layout) will be high on his list of priorities, whether he admits it in public or not.Some like to analyse his performances at Williams last term, picking through the detail to speculate on what we might see now he gets his chance. Forget it. Like young drivers’ form in the junior categories, what happens before is irrelevant once they slide into the seat they’ve been aiming for. What happens now is what counts. It’s time to fly, George.

The win drought is far from Ferrari’s longest, but boy, it’s been painful all the same. From Mercedes challenger in 2019 to the dark insinuations of illegality, backroom cover-up deals with the FIA and an alarming fall from grace, F1’s most famous team has faced humiliation. But seeds of recovery were sown last year as Ferrari finished as the third-best team, yet somehow was also unnaturally anonymous for much of the time. The focus in what was an interim year was trained on 2022 and with a refreshed powertrain ahead of the freeze, Ferrari must now win. Nothing else will do – especially for the relatively dormant Charles Leclerc and increasingly respected Carlos Sainz Jr.

As for old foe McLaren, optimism abounds that the late-season droop that let third place slip in 2021 was a mere blip. With or without a future tie-up with Audi, Zak Brown has defiantly claimed this team can win world titles again. In Lando Norris, it has a muse the equal of Russell, even if his outer edges appear softer. And in Daniel Ricciardo, McLaren has… what exactly? No one needthe reset more than a man whose F1 life will swing one of two ways in the months to come.

Steep incline for Alpine and Aston 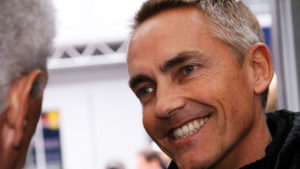 Can either of these two ‘do a Brawn?’ Such a scenario would be equally seismic, but both should have renewed focus following winter management upheaval. Alain Prost’s public roasting of Alpine CEO Laurent Rossi was embarrassing and his departure a loss to Fernando Alonso and Esteban Ocon. But the racing core in the Enstone team remains solid on the foundations of Toleman/Benetton/Renault. But is Rossi ready to lead the team back to the front of the grid?

Ex-McLaren boss Martin Whitmarsh (right) kept a low profile when he arrived at Aston in the autumn. What does he make of the demanding Lawrence Stroll, whose patience will surely wear thin (with everyone other than his son) if progress isn’t forthcoming? Whitmarsh spent 20-odd years working with Ron Dennis, so he’s well-versed on managing egos. Aston is a super-team in the making – which doesn’t mean it’s definitely going to become one. 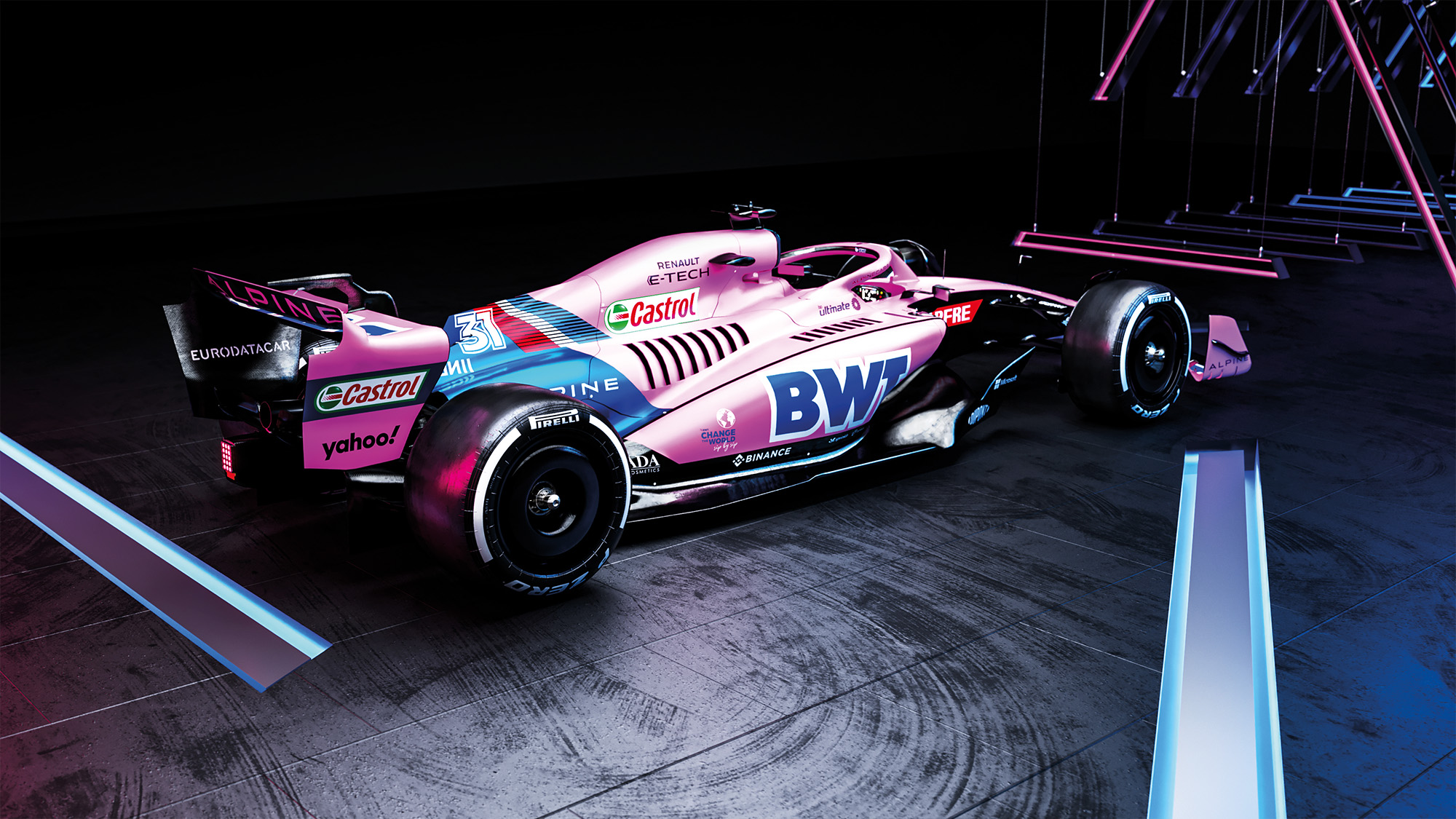 Alpine will run the first two races of 2022 in this pink livery to please its title sponsor before reverting to blue. 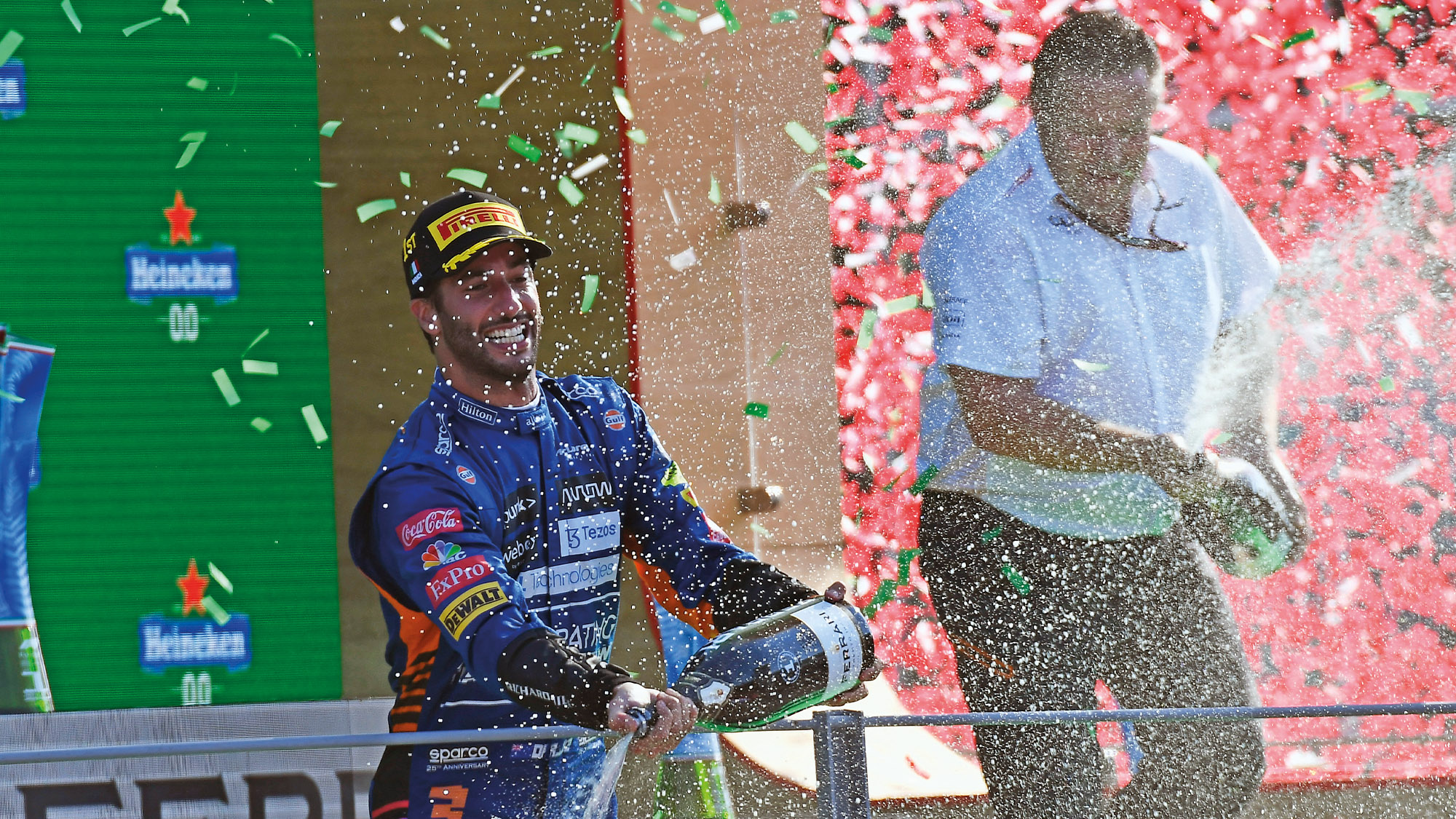 McLaren team boss Zak Brown, right, says McLaren can challenge the F1 hegemony. This new era may well be a big one for Daniel Ricciardo, left, who is running out of time 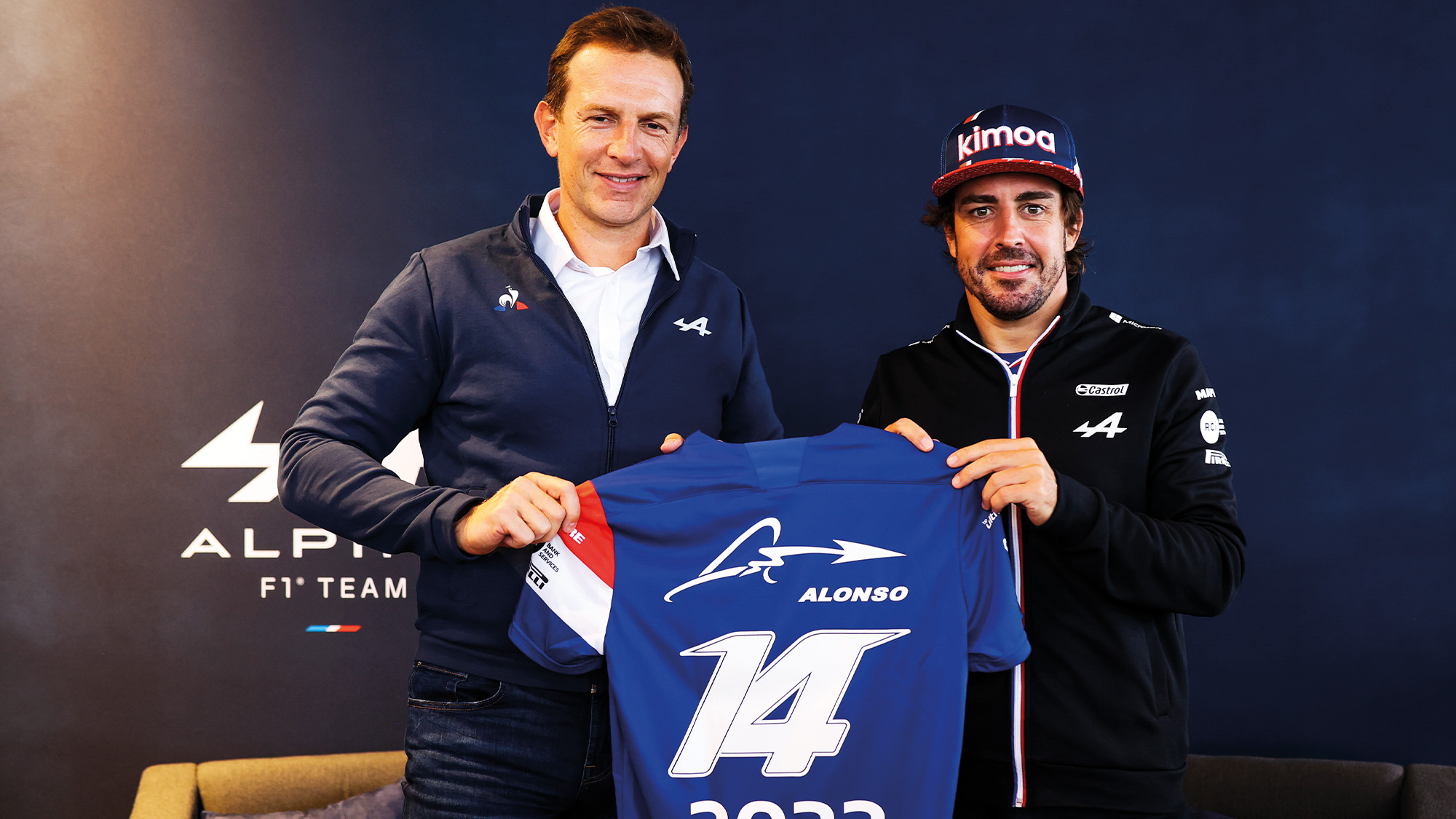 Pierre Gasly will do what he can at AlphaTauri, working the odd wonder without an obvious route to a bigger team; Valtteri Bottas must acclimatise from probably the greatest F1 team ever… to Sauber (he’s racing for pride at Alfa Romeo); and Mick Schumacher must show at Haas that he’s worthy of something better… all within eight months as F1 races to avoid a clash with the winter World Cup, across 23 races that includes a new one in Miami. They all count for the same points of course, but for American-owned promoter Liberty Media some count for more than others.

So hold on tight. It’s the journey, not the destination, that really matters, isn’t it? 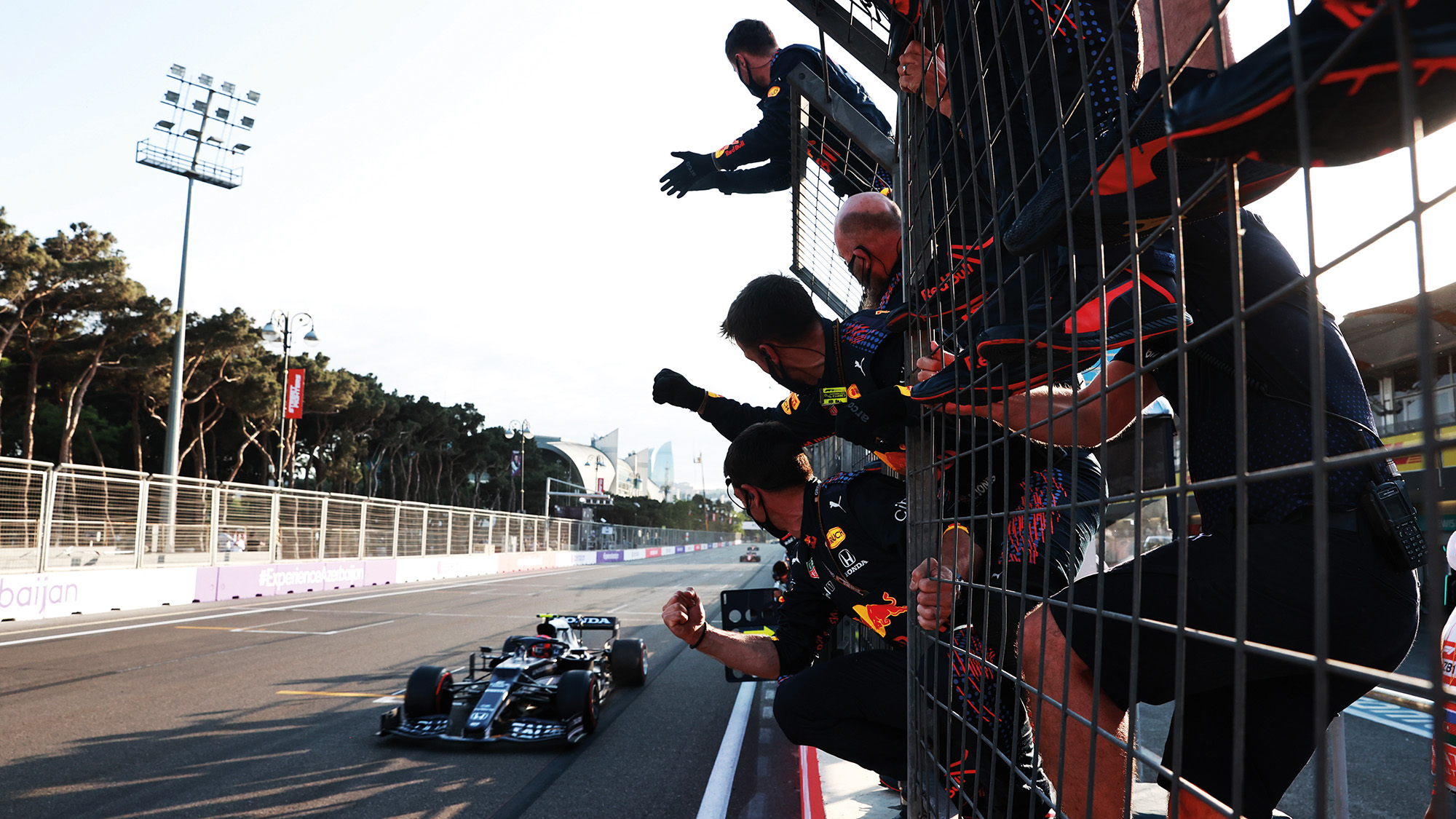