I was unable to attend the launch of the F1-75, but Italian media reports that Charles Leclerc, Carlos Sainz and everybody else seemed very positive. Of course, I think that’s the case for every team at the start of every season! Let’s see which of them still feel the same way after they’ve got some kilometres under their belts.

I’ve had a good look at the car – or at least, the version that was unveiled at the launch – and from what I’ve seen so far, most teams’ designs appear quite similar, a consequence of the very tight nature of the regulations. AlphaTauri has done some intriguing work at the rear of its car, where the sidepods meet the diffuser, while Ferrari also has some interesting sidepod details, with an unusually shaped air intake and a U-shaped channel along the top – a different approach to cooling architecture, but obviously we won’t know the benefits or otherwise until the cars have done some serious testing. 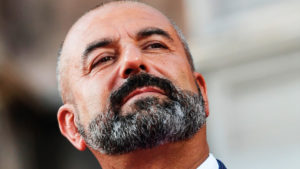 It’s worth making the point that teams will definitely benefit from having at least one very experienced driver who can give reliable feedback in the early stages of the year, because the concept of the cars is so radically changed from the past few years, with revised aero, bigger wheels and so on. Drivers are going to play a particularly crucial role in making sure their team finds good technical solutions – having a Lewis Hamilton, Fernando Alonso or Sebastian Vettel in your line-up should be an advantage, but I think Ferrari will be OK because Leclerc and Sainz are both now seasoned campaigners. The one thing you don’t need is to be taken in the wrong development direction from day one, because that will cost both lap time and money.

There is optimism in Italy, of course. Every team began with a completely clean sheet when they commenced work on their 2022 designs, so lots of people here are hoping this will give Ferrari a chance to return to winning ways. In my view, Ferrari hasn’t been terribly competitive for a couple of years – except in 2019, when as we know they might have been running something slightly irregular [thought to be related to the fuel-flow regulations] and subsequently had to strike some kind of deal with the FIA. Despite that, the team hasn’t tried to hire an Adrian Newey-like engineering figure from elsewhere, somebody who could take them in a different direction in terms of design philosophy. The 2022 car has been shaped by the same team responsible for the last couple of cars, which haven’t been title contenders, and that could be critical…

This will be Mattia Binotto’s fourth season as team principal. Ferrari generally gives its managers three to four years to prove they can run a winning team, but beyond that pressure tends to build in the press – and among the public – and that can sometimes trigger changes. There was a bit of an earthquake at Ferrari when Sergio Marchionne joined as chairman [September 2014 until shortly before his death in July 2018] and decided to switch to an all-Italian management, the return of an older-style philosophy.But we know how cosmopolitan a business Formula 1 has become, and generally you need outside influences and a broader range of ideas – most teams have a much more international outlook.

There is, though, one thing that removes some of the pressure because the commercial side of Ferrari is very strong at the moment. The sales figures are incredible – as soon as a new road car is launched, the order book is immediately full for the next two years or so. It’s incredible. This doesn’t seem to be affected by how the team performs, which illustrates the brand’s current strength in the overall scheme of things. It’s a big contrast to when I signed for the team in 1992 – that season’s F1 car was a disaster and the same was true of the commercial side. I have very clear memories of arriving in Maranello and noticing that the parking area around the factory was full of unsold Ferraris!