MOTOR CYCLES ON THE STAGE.

Horses have been seen on the stage in many dramatic productions, but an Ariel ” horse” (as the modern medium-weight Ariel motor cycle has been nick-named) is a rarity in such a setting. Bobby Howes, the wellknown comedian, however, is riding one on the stage in the new musical comedy” Mr. Cinders,” now running in the provinces prior to its London production.

This is probably the first time that a motor cycle has actually been ridden in a theatre, other than in certain variety turns. Fluid petrol is, of course, barred on the stage, but the difficulty is overcome by the use of cottonwool saturated with “juice.” 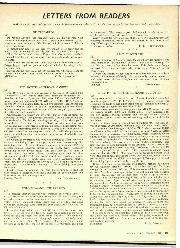 Sir, As a reader of Motor Sport for over 15 years, I now feel compelled to write to you over Mr. D. J. Anderson's letter in your current issue regarding… 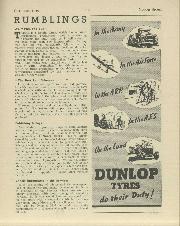 We "Miss the Bus" THERE is a certain phrase which has obtained considerable prominence recently concerning "missing the bus," and, as I well know, it can have more than one… 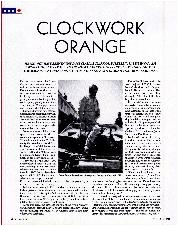 Driving the works Mclaren Can-Am cars must have been a surreal and special away to earn a living. First there were the obvious factors such as almost unlimited power in… 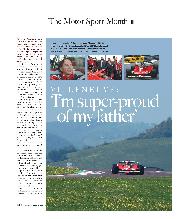 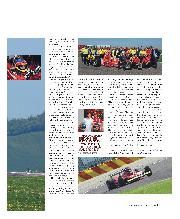 Villeneuve: 'I'm super-proud of my father'

As Jacques Villeneuve walks through the hotel lobby, he smiles, says hello and shakes hands. “Looking forward to today?” I ask. “Yeah, but it’s only a few laps.” “Maybe you…