A new plant to remove sulphur from petroleum products, first of its kind to be built in the world, is now under construction at Stanlow

Oil Refinery, Cheshire. This ” hydrodesulphurisation ” plant enables the sulphur content of oils to be materially reduced by a new and relatively simple process developed by Shell. It uses ” tricklephase ” technique, so-called because the product trickles in liquid form over the special catalytic material which permits the desired change. Other similar type processes for the same. purpose involve vaporisation of the product.

This unit, estimated to cost £1,000,000 and consisting almost. entirely of British materials; is expected to be its operation next year. Its completion will add further to Stardon’s reputation as the most fully integrated oil refinery outside the U.S.A. The installations already includesamong its facilities a ” cat-cracker,” a modern chemical plant and a synthetic detergents plant. There also the first ” platformer ” in the U.K., which reforms low-grade petrol into high-grade aviation components, will be operating before the end of this year.

Starilow forms an important part of Shell’s U.K. refining system, which includes three major refineries, the other two being at Heysham, Lancashire, k11111 at Shell Haven. Essex, with .an aggregate annual output of 9,00,000 tons. 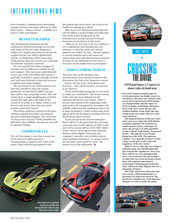 DTM and Super GT agree to share rules in bold step One of the longest-running sagas in world motorsport has finally come to a conclusion. The drive for common rules… 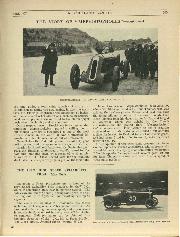 THE J.C.C. HIGH SPEED RELIABILITY TRIAL (May 2nd). On going to Press, particulars are to hand of the High Speed Reliability Trial organised by the/J.C.C., which is something quite new… 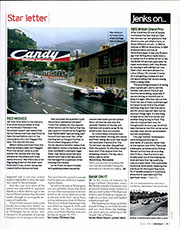 1965 British Grand Prix After the British GP a lot of people overlooked the fact that Jim Clark has now won our own grand prix four times in a row,…