The emotive innuendos of W. A.’s letter constrains me to reply. By whatever route he arrived in the Market Place, Richmond, he must have passed the prescribed traffic signs indicating that he was entering a disc parking zone. Endeavour has been made to ensure that the parking system in the town is foolproof against even the most myopic motorist. So far as I am aware, W. A. is the only one of this year’s 100,000 or so visitors to park his car on the taxi rank, and I am personally disappointed that even one motorist could somehow circumnavigate all the informative signs erected at such a high cost.

In addition, your correspondent must also have passed a sign installed on a post indicating that the relevant space was restricted to taxis (unless there is some other esoteric meaning to the words “Taxis Only”), or else he went the wrong way round and ended up on the wrong side of the road. Furthermore, W. A. does not mention the explanatory note fixed underneath each appropriate “P” sign indicating that the area was in a disc parking zone.

Perhaps W. A.’s experiences in Richmond stems from his attitude which is reflected in his references to a “sour-faced female in warden’s clothing”. There is overwhelming evidence that the lady in question is extremely helpful to visitors. In conclusion, I ought to state that Richmond has a population of some 7,500 and the measure of its welcome to visitors can be determined by the fact that in spite of limited financial resources and at some considerable sacrifice something like £30,000 has been spent on introducing a disc parking area where a generous waiting time of at least two hours is permitted, and to providing a large car park; both of these facilities being entirely free to visitors. An additional £10,000 has been allocated to a picnic area which it is anticipated will be used largely by visitors to the Dales, with little or no prospect of any income being derived therefrom. 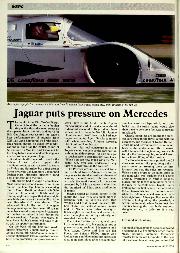 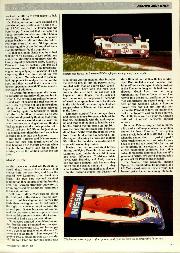 The result of the 23rd Trofeo Filippo Caracciolo at Monza had a familiar ring as the Mercedes team swept up the top two places, but third and fourth for Silk… 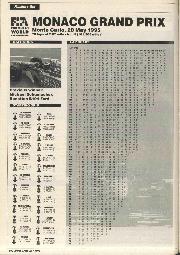 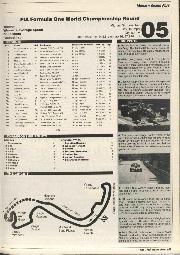 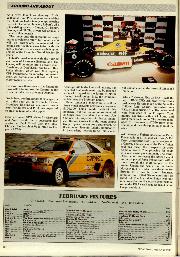 AROUND AND ABOUT, February 1990 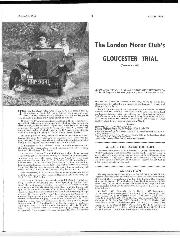 A Case for Alcohol Fuel

Cleveland have issued a little booklet, "80 deg. Below and All's Well," explaining what carburetter icing is and how, of three known cures, that of employing an alcohol petrol, such…