a long distance motoring trip, of which the high spot must be fantastic Land-Rover reliability. In 1971 I bought a 1959 Series 2 Land-Rover with 55,000 Norfolk farm miles on the clock. I chose a short wheelbase model for the extra chassis rigidity and superior cross country capability. The vehicle was carefully overhauled only needing a new clutch, piston rings, exhaust valves and specially built rear springs. It was then adapted to carry a payload of 13 tons — of which 3 ton was carried on a special roofrack. The load included 70 gallons of fuel, 20 gallons of water, all camping gear and rations for 126 person days. In addition we had every conceivable spare and six passengers travelling in reasonable comfort. During the year ’72-’73, the vehicle was

driven from London to Capetown, across the Sahara Desert, the jungles of Zaire (formerly the Congo — where the roads have not been maintained since 1960), across East Africa — and finally to Capetown via Zambia and Rhodesia — easy stuff. Once in Capetown I collected a new crew and then drove across the Northern Kalahari Desert to Maun and the wonderful Okavango swamps. Driving North we then drove once again round East Africa, seeing many of the smaller game parks before shipping the outfit to Bombay and driving home on the “Hippy Trail” via Pakistan, Kashmir, Afghanistan, etc. The vehicle took a tremendous pounding

on the Sahara Desert tracks — for the surface had corrugations five inches high and eight inches apart. Often because of the expanded air reducing engine power and the load, we were not able to reach the 50 m.p.h. necessary to “float” the truck over the washboard surface. In Tchad we hit a bump and flew 15 feet. In Zaire we got bogged in mud that covered the tops of the tyres. On our return to Kenya, we got bogged again, this time in Tsavo Park. at night, the vehicle sinking precariously balanced on two wheels and with crates of food on the roof. Later I was told that an elephant had had a bath there the day before, In Afghanistan we drove the truck to 11,000 feet, the LandRover racing up the mountain with the aid of its high altitude jet, whilst the occupants suffered badly from mountain sickness.

Things began to get cold in Eastern Turkey. Twice the Land-Rover was frozen to the ground, and once the steering froze solid as I was driving. The passes were a simple matter of frozen ice, tight hairpins and steep gradients — all effectively coloured with horrendous accidents. In spite of my panic buying stupifyingly expensive American made chains for the 750 x 16 tyres, the Land-Rover proved remarkably safe in FWD, and in spite of the load we were able to travel at a reasonable speed on ice. In that year we covered 37,000 miles, driving across 34 countries at a cruising

speed of 45 m.p.h.. Carrying a full load for 80% of that distance we averaged 16.2 m.p.g. and 2,000 miles per pint of engine oil, though the engine had never been rebored. All repairs and servicing was carried out by ourselves, and apart from the odd oil seal ruined by desert sand, we had only to replace part of the front axle and first gear which “got tired”. In addition I replaced piston rings, bearings, exhaust valves and guides in Capetown as a precaution.

Recently I parted with the vehicle — and I understand that it has been on a jaunt to Morocco without breakdown or incident. My congratulations to Rovers. 14aslemere R. I. A. NOBLE [It’s British too !—En.] 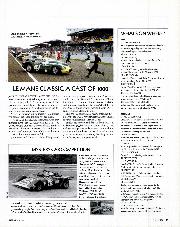 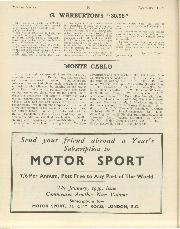 G. WARBURTON'S " 30/98 " [Guy Warburton sends. the following letter concerning the continued potency of his famous 30/98 Vauxhall, which we gladly record.—Ed.] You will be interested to hear… 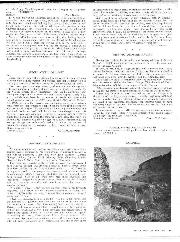 Sir, Having just received the December and January editions of "Motor Sport", I feel I must put pen to paper and rally to the cause and defend the MG Octagon.… 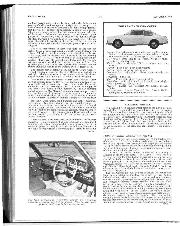