MR. T. R. ALLCHIN first became associated with the motor cycle industty in Australia, where he was connected with the Indian concern, and although he did not ride for them in the Commonwealth, the experience he gained in handling these machines over typically Colonial roads and tracks was of very great value in his after career.

After a few years experience in the Colonies, he migrated to the United States of America, where, in 1921, he entered the works of the Harley-Davidson Company, and for a time was occupied in tuning up and testing various types of their products. While in America, Alichin gained experience of the peculiar conditions obtaining in dirt track racing and also became initiated into the arts and mysteries of tuning motor cycles for high speed work. Thus, on his return to England, he was fully qualified to take up competition work on Harley -Davidson machines in his own country. His many successes on road and track are well known

to our readers, including as they do, the side-car record for Kop Hill. His solo attempts at this climb have been a little unlucky, for on two occasions he made second fastest time, but was denied the record, being beaten by Baldwin with the narrow margin of one-fifth second both times.

The fastest lap achieved by Allchin at Brooklands worked out at 107.5 miles per hour, this being done on a Zenith, though on several other occasions he reached 106 miles per hour on another machine of the same make.

In relating his experiences to us, Allchin described how, though accustomed to lap at 92.5 m.p.h. on a certain make of machine, he felt he could do better if only the opportunity would present itself. At last his chance arrived, and a fellow competitor lent him a now famous machine, capable of “going round the saucer” at Ioo miles per hour. During the first run on this machine his maximum speed went up from 92.5 to 98.6 m.p.h. and though the difference may not appear to amount to very much, Allchin states that the sensations of the extra speed were altogether novel. For example, he explained that when coming off the Members’ banking at the greater speed, he felt as if he was in one of those

dreams in which one experiences the sensation of falling, falling and falling. We are under the impression that this kind of experience is produced by some action on the heart, which no doubt is influenced during very high speed work.

On both occasions when Allchin’s number has been 39 he has come to grief, and naturally he regards it as his particularly unlucky number. As No. 39 he had a spill from a well-placed Douglas in the Isle of Man, but managed to run into the eighth position at the finish, and a more serious spill fell to his lot when Ware’s Morgan, No. 39 in the last 200 Miles Race, crashed near the fork at Brooklands.

Allchin cannot be regarded as a heavyweight, but his exploits with big twins show that what he lacks in avoirdupois is more than counterbalanced by skill.

Upon being asked if he aspires to car racing in the future, Allchin replied that he certainly had ambitions to take the wheels of some of the monsters of the track ; but that, for the present, he was keen on riding something on two wheels, which must be faster than his mounts of last year, for he feels that he is capable of riding at much higher speeds than he has attained up to the present.

Though he is hardly yet out of the convalescent stage after his smash in the 200 Miles Race, his nerve does not appear to be affected in any way, and he is looking forward to the hopes of figuring prominently in the leading events of 1925. 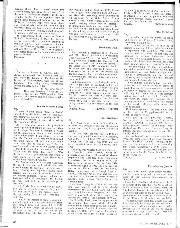 Sir, You mention a fragment of a Flanagan and Allen film of the 1930s at Brooklands. This was called "A Fire Has Been Arranged". I supplied five Bugattis for this… 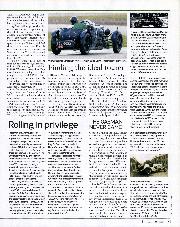 I note that Rob Aherne, editor of Autocar, in announcing the new Rolls-Royce Phantom, writes that "it wins nothing on privilege, it wins on merit, because the inequality and unearned… 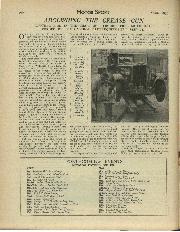 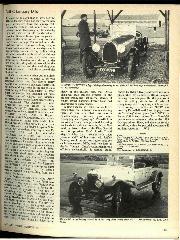 It might be thought that to have had the DTs in January was a bad start to the new year. Fortunately, those the Vintage SCC had on the 29th of…