A 1922 Veteran which incorporates many special refinements, and is still giving good service. ME. 1928″ is a Morris Cowley, that was first registered in March, 1922, and since it came into the possession of a friend of mine in 1927, it has been gradually changed from the standard two-seater of 1922 into the

First the old high pressure tyres were discarded and replaced by low pressure ones, the body was removed from the chassis, and a body from a Belsize-Bradshaw was obtained, complete with wings and bonnet for £3. All things considered, the fitting of this body was comparatively easy, once the rake of the steering had been increased. The springs were flattened, and the body slipped over the frame. The body sides fall about 2″ below the frame, and the seat is supported by planks which rest on the frame. The driving position is extremely comfortable, as there is ample leg room and the seat comes right forward under one’s knees. The headlamps shown in the pohtograph were then purchased for 30s. (I later had them chromium plated, and they look frightfully expensive, though they are very inefficient owing to badly designed reflectors !)

A little later the body was covered with. fabric and the engine rebored and pistons fitted. It was then in 1929 that the car came into my possession, and after running it in carefully I found that I had a very amusing motor. It’s acceleration was considerably better than any Cowley or Oxford I came across, but as it leapt about the road somewhat, I picked up a pair of Hartfords and fitted them to the rear, and. a pair of rubber buffers were fitted between the front springs and frame. About this time the front fell to pieces, and the ones shown in photographs were made and fitted. Also, to clean up the tail, the spare bracket shown was made ; it is bolted the rear frame member, and the and number plate attached by a wing nut.

I still have ” M.E. 1928,” and in of the fact that it is nearly 12 years the engine is quite reasonably quiet, it very smooth, and with the exception second gear, the transmission is quiet too. 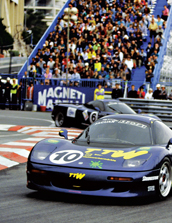 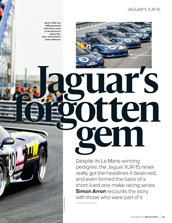 On the surface it’s a typical Goodwood track day, freshly minted E-types and suchlike gently being fettled in readiness for more robust track activity at the forthcoming Revival Meeting. But… 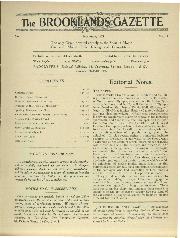 The BROOlkia _ No. 5 NOVEMBER, 1924 VOL. 1 The only Organ devoted entirely to the Sport of Motor Car and Motor Cycle Racing and Competitions. Published on the First… 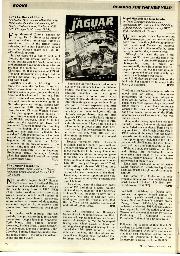 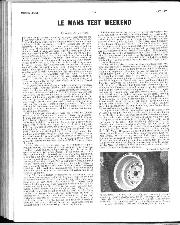 Le Mans, April 10/11th. In order to give entrants a chance to prepare new cars for the 24-hour race at Le Mans, the circuit of the Sarthe was made available, for two days,…