Twenty-six competitors left the Club H.Q. at the Elfordleigh Hotel. Plymouth, and set off on 150 miles of ono of the most difficult routes ever used for this event. A special feature of this year’s route was that it was specifically designed to keep competitors out of inhabited areas, so as to cause the least possible disturbance to the public. Narrow Devon lanes with many misleading junctions, sorted out the competitors, so that by the commencement of the first special timed stage, one competitor was 30 minutes early and several never arrived at all.

The end of the final section, after five consecutive time controls, lay at the East Dart Hotel, Postbridge, from whence competitors returned to Club H.Q., at 5.30 a.m., and a well-earned breakfast. The premier award was won by J. Pascoe (Austin A40), navigated by J. Ruston. The team award was won by Messrs. Jefferies, Hay and Builder. 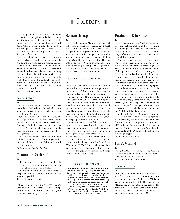 Scots at the top

Sir, It was good to see that Allan McNish was back in Scotland at Knockhill (January 2012 issue), but I think he might have been a little disingenuous (or forgetful)… 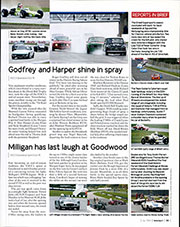 The 2005 Phoenix Park meeting will take place on August 12-13. Among the races for Dublin's parkland track will be an event for Classic Racing Cars. 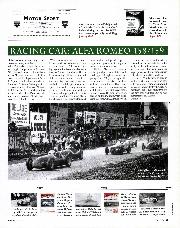 Alfa Romeo 158/159 Alfettas revive as they were After the war, Alfa Romeo dusted off its 158s and dominated the revival of racing in Europe between 1946 and '48. The… 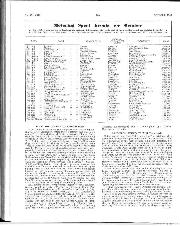 Following up last year's “demonstration" at Brighton, when Americans Mickey Thompson and Dante Duce came over to show the potentialities of the high-powered sling-shot dragsters, this year's Brighton Speed Trial…