Over the decades every top racing driver has lost a potential victory in unfortunate circumstances, but few have suffered a greater blow than that experienced by John Love, an underdog who came within six laps of winning the 1967 South African GP.

Had he enjoyed a clear run to the chequered flag, the native of what we now call Zimbabwe would have carved himself a unique place in the history books. He was a 42-year-old privateer, racing an obsolete car on a miniscule budget, and what’s more, he was making only his fourth world championship start. Of such things are legends made. Born in Bulawayo, Love had set off to make his name in England with Ken Tyrrell’s Formula Junior team in 1961, at the relatively late age of 36. The following year he also raced works Mini Coopers, but a Formula Junior crash at Albi left him with arm injuries that still affect him today. The mishap effectively marked the end of his career in Europe.

“I have no wrist movement in my left arm,” explains John. “I didn’t think I was going to be capable of controlling an F1 car. Ken offered me a drive back in Formula Junior, but that wasn’t the way I wanted to go. I wanted to go into the top level and it just wasn’t going to happen, so I didn’t think it was worth going back.” Instead he concentrated on the South African scene. He won the first of six SA drivers’ titles in 1964, while occasionally taking on visiting F1 stars of the era in both the GP at East London and the non-championship Natal and Rand events.

Love usually headed the local contingent on such outings, but even he did not expect to achieve much at Kyalami in 1967.

“We had an ex-Bruce McLaren Tasman Cooper. It was a sprint car, because in Australia they only had sprint races. Bruce realised that and the car was built specially for that series, so it was not a grand prix car. 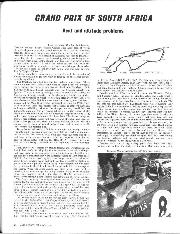 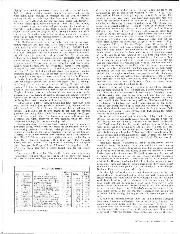 Three previous South African Grands Prix have been of world championship status at the coastal resort of East London. However, after the 1966 race being a non-championship event the venue…

“It was a good car, and of course our races in South Africa weren’t that long. But it didn’t have the fuel capacity to take us through for a full grand prix, so we made a couple of aluminium slab tanks and put them on each side. We had a 2.7-litre Climax four-cylinder, and because all the works cars entered, we thought we would probably be a couple of laps adrift by the end of the race. We looked at the face value of the race and the cars we were competing against. Brabham had the Repco, BRM had the H16, the Honda was there – they were all pretty quick motor cars.”

This was the first world championship race at Kyalami, but more than half of the visitors had raced there before, and three days of practice gave everyone more than enough time to cancel out Love’s local knowledge. In fact the meeting stretched over two years, because qualifying took place on 29-31 December 1966!

Love didn’t run at all on Thursday, but stunned everyone by being second-fastest to Denny Hulme on Friday. He then chose not to drive on Saturday not because he felt he couldn’t improve his time, but out of financial necessity.

“We were racing on a shoestring, and we really didn’t have any money. We didn’t have a spare motor if we blew that one, which I’d already borrowed from Sam Tingle. It was a bitza, quite honestly.”

“I couldn’t believe my eyes. I just kept plodding on and plodding on”

It was a good idea to save the car, since the intense heat was creating fuel vaporisation problems, and much attention was paid to ensuring pumps were well cooled and were up to the job. “We were in the same garage as Jo Siffert, who was driving Rob Walker’s Cooper-Maserati. We had two Bendix pumps, and Jo wanted to borrow one because he didn’t have the right stuff. We had two, so he took one and we took one.”

On Saturday Jack Brabham, Jim Clark and Pedro Rodriguez went quicker and demoted John to a still creditable fifth. Since it was New Year’s Eve, a party of epic proportions took place that night, and it was just as well that Sunday was a rest day. The teams reconvened at the track on Monday 2 January where a huge crowd of 100,000-plus made for a wonderful atmosphere. All were keen for Love and fellow locals Dave Charlton, Sam Tingle and Luki Botha to put on a show.

John didn’t make a good start and slipped into the midfield, but he soon picked up a sparring partner.

“I had quite a tussle with Dan Gurney. He also had a 2.7-litre Climax in the back of the Eagle, and we had competition throughout the race.”

Both men began to make progress up the order, with Love to the fore. They gained spots when Jackie Stewart and Clark retired, and by the time they caught and passed the Honda of John Surtees, they were up to fourth and fifth. Then the ’10 green bottles’ scenario really kicked in. First Jochen Rindt retired from third, putting Love up into a podium spot. Then Gurney suffered broken suspension, leaving John without pressure from behind. Now only the Brabhams of leader Hulme and team boss Jack lay ahead. Then shortly after half distance the reigning World Champion pitted with an electrical problem, putting Love up to second behind Denny.

“I couldn’t believe my eyes,” John recalls. “I just kept plodding on and plodding on. These things are what you want, but you don’t believe that they could really happen.”

“When I took the lead I saw the whole grandstand stand up! I just couldn’t believe it”

Hulme still looked safe with a huge lead, but then the impossible happened. He came diving into the pits, shouted instructions at his crew, and charged back out again. The mechanics dashed around, and the following lap he was back in. The brake fluid was topped up and dry ice packed around the fuel pump. But by the time Denny was sent on his way, Love was ahead.

“When I took the lead I just saw the whole place erupt. Going down the straight I saw the whole grandstand stand up! I just couldn’t believe it. It was, I suppose, tear-jerking — I knew what was happening, that I was in the lead of a grand prix event. But whether I was going to still be there at the end of it was going to be another story.”

Just 19 laps remained, but he had every reason not to celebrate too soon.

“When we switched over and tried to pump some of the fuel into the top tank during the race, it didn’t actually pump enough fuel from the side tanks. It started to misfire out of Clubhouse, continuing for 10 yards, and then 15 yards, and then 20 yards, and there was no response at all. The motor was starving, and then it picked up when the fuel levelled off.

“I realised that we had a problem. The pump that we took was the faulty one, and Jo Siffert had the good one! You have to adapt to what’s going on, so you don’t have to cry buckets or anything like that. You know perfectly well that you’re in the cactus, and you have to get out of it. But once you stop, then the whole system is over.”

With just six laps to go, John accepted that he had no option but to head into the pits.

“They stuck in some fuel and we popped out again, but by that time Rodriguez had got past.”

Having struggled throughout, the Mexican had indeed hauled his Cooper-Maserati into the lead. Love put in some storming final laps, but Rodriguez was 26sec clear when the flag fell. John still claimed second, a lap ahead of third man Surtees, but it was a case of so near, and yet so far.

‘There was a bit of disappointment, but you know you’ve got to lose and you’ve got to win. You’ve got to be good at both, I think. That grand prix just slipped away from us, but that’s the way it was.”

Love would compete at Kyalami until 1972, but he was never able to recapture the magic of ’67. He qualified a respectable 11th out of 18 with a Lotus 49 in ’69, and finished eighth — albeit two laps down — the following year.

Now 76, he still runs his garage business in Bulawayo, and says he’s enjoying life, despite his country’s problems. But would having that victory on his CV have changed anything? “For me, it would have been nice to be the bloke who won the South African GP in 1967, but it didn’t happen that way. It was still one of the great moments in my life. I don’t know if winning would have made a lot of difference; you would have just chalked it up and put it on the wall, and that would have been the end of the story, wouldn’t it? As the years go on, it doesn’t make a lot of difference.”