The latest variation on a familiar theme is very impressive, but lacks excitement

There is no car more often unfairly pre-judged than a new 911. This should not come as a surprise, for Porsche has been playing with the design of its seminal sports car for almost as long as it has been around. The only consistent thread I can find to link those generations of 911 known to me when they were new cars is that each one was going to be the 911 that finally broke the spell. Until, of course, it did nothing of the sort.

I remember well the introduction in 1989 of the 964 generation with its ugly big bumpers, power steering, anti-lock brakes, vaguely coherent interior and, oh the shock of it, four-wheel drive. It was, we thought a 911 too far, too modern, too not like a 911. So when the 993 series went on sale in 1994 it of course did not go far enough. A new rear suspension system and a six-speed gearbox were not really enough when what was needed was an all-new car. But when Porsche did provide that all-new car, the 996 of 1998, we fell on that too because, cooled by what you drank rather than what you breathed, that really was a 911 in name alone. The 997 attracted some opprobrium at the time because it really was just a 996 with the benefit of hindsight rather than the new car it made out to be, and when the 991 was introduced in 2011 with its long wheelbase and electric steering Porsche was accused once more of overcooking it.

Yet despite these protests, it turns out that time and again Porsche has failed to ruin the 911. Some generations will be more fondly remembered than others, but none has dealt so much as a disabling blow to the world’s most enduring driver’s car, let alone the coup de grace some anticipated.

What effect, then, will turbochargers have on this latest model – the second generation of the 991 series?

Porsche has been adding exhaust-driven forced induction to 911 engines for more than 40 years, so on one hand there’s little conceptually new here and so, it might logically seem, little to get steamed up about. Except every 911 Turbo I have driven has been not only quicker but also less enjoyable than the cheaper, normally aspirated version on which it was based. But now there is no such car because from now on all 911s, save the GT3 exotica from the Motorsports department, will be turbocharged. So I could see how they’d be more powerful, faster and more frugal than before, but better to drive? That was harder to envisage.

But before we get into that, you may care to know what else has changed on this latest 911. 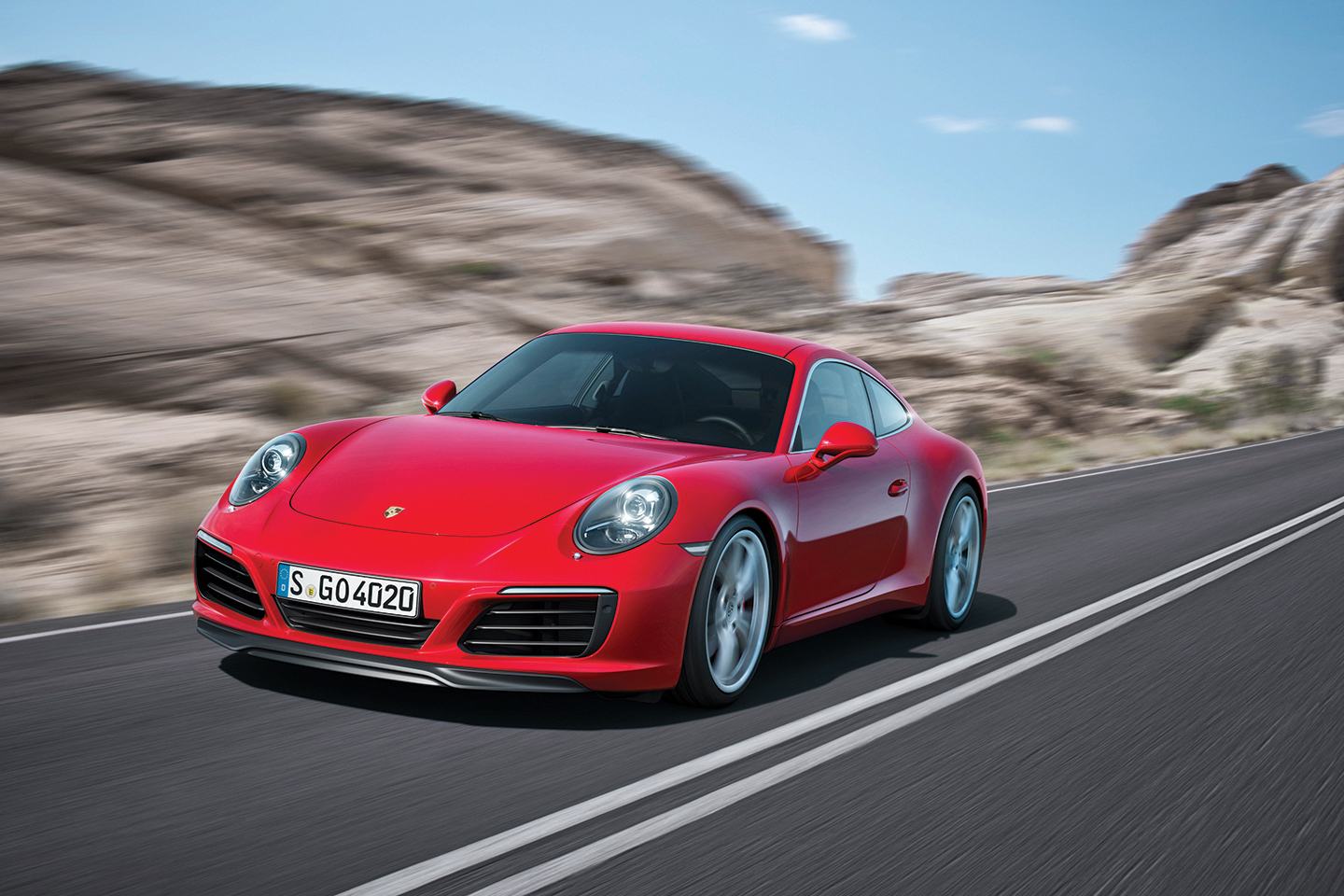 True to typical Porsche philosophy, there is far more going on beneath the surface than its visually similar skin would suggest. There are the new 3-litre engines of course, each boasting 20bhp more power and 44lb ft of additional torque over the normally aspirated engines they replace. In addition the cars are 10mm lower (20mm if you opt for sports suspension) and all now have Porsche’s adaptive damping system. The rear tyres are fatter and can be steered too, as an option on the S model. Both manual and automatic versions of the seven-speed transmission have been re-engineered to provide quicker, smoother shifts. They have higher ratios too, to improve economy and cover a reduced rev range. Inside you’ll find a new touch screen and control system that drags Porsche from far behind to slightly ahead of the technological pace of most systems seen in other quality German cars.

Whether you’re going to enjoy driving it a lot or a little depends entirely on you. If you are the kind of driver who likes to sit back and enjoy very big reactions to very small inputs, I’d get your order in now. For the first time this is a standard 911 model that requires almost no effort to drive fast. You don’t need to change down a gear or two before overtaking, you don’t actually need more than 1700rpm on the clock before it will summon up all the torque it possesses, and it will keep on doing it all the way to 5000rpm. The outgoing car not only had substantially less torque, you needed 5600rpm on the clock to find it. The downside is that while its throttle response is good for a turbo motor, the new engine lacks that instantaneous answer to your foot, as well as a thick slice of the old unit’s rev range and, I am sad to report, loses some sound quality too. Its voice is still unmistakably that of a flat six, but with a mouth full of cotton wool. Simply put it is more impressive, but less exciting.

As for the choice between the base Carrera and a Carrera S, the view oft held in the past that less is almost always more when it comes to the 911 no longer applies. The Carrera’s straight-line performance is actually very good but where it struggles is in issuing a real challenge to a chassis that, in many ways, has actually moved on just as much as the engine. Grip levels are stupendous and traction such that only those likely to encounter serious low-grip surfaces should even think about buying a forthcoming four-wheel drive model. But even on a bone-dry surface, the Carrera S engine with its additional 50bhp at least feels a match for the chassis in which it is installed. One of the characteristics of even the current generation of 911 is that you have to drive it very fast before it comes alive, and this new 911 is no different. But if you do find the right kind of quick, quiet road for which you might imagine a 911 would be born, the Carrera S will devour it in a dazzling display of pace, poise and efficiency.

Although this is a mere mid-life update to the 911, it seems more changed than have most brand new generations. When the 991 was introduced it brought with it a long wheelbase and electric steering and was a pretty different kind of car as a result, but I’d say the change in the car’s character wrought by the turbo
engines is greater.

There is no doubt that for die-hard 911 fans, among whose number I count myself, something of the car’s character has been lost. As this 911 is more capable, so it is less distinct and when that happens to perhaps the most distinctive everyday car there is, I have to count that as a shame. Others will find less cause for concern: there are those who like the style and image of a 911 but not the fact it requires you to work at it before it will perform. In these days where instant gratification is all, I suspect it is a car that knows its customer far better than me.

Even so, I think this new 911 is now so efficient Porsche would do well to remind the world it still knows how to make them fun too: the tiny volumes of highly specialised and expensive GT3s that are produced aren’t enough on their own. A 911 just slightly lighter, sharper, simpler and cheaper would do the trick nicely: it could be called the 911 ClubSport. And no, I don’t think it any more likely to happen than you.

Power to Weight 295bhp per tonne