Plenty of improvements, but are they enough?

Lotus, it seems, is turning itself around. It’s a slow process, but under the so far steady hand of Jean-Marc Gales – a man whose history in the Peugeot/Citroën PSA group means he knows a bit about struggling companies – sales are rising (dramatically so in percentage terms). But Lotus is not fixed, nor even close to it. Indeed I’d say what progress we have seen is the result of effective symptom management rather than any kind of cure. What Lotus needs but what it cannot yet have is some new product. We are assured that it will come in time, but for now all it can do is try to optimise what it already has.

In the case of the Elise and Exige, that process must be near exhausted because they’ve been tinkering with what was already a winning formula for 20 years. The Evora, however, is rather different. It was met at its 2010 launch by a hail of criticism and never really recovered.

So what you’re looking at here is the car the Evora should have been from the start. Indeed the claim is that 85 per cent of its components are new and it should therefore be considered a new car in its own right. I’d not go that far. The Evora 400 looks like an Evora inside and out and has the same architecture, and continues to use a Toyota gearbox and a 3.5-litre supercharged V6 Toyota motor.

But it doesn’t go like an Evora any more. The 400 refers to its engine output, making this the most powerful Lotus to date and so long as you remember to put it into sport mode, it provides junior supercar performance with a genuinely rousing soundtrack. And because it’s supercharged, it has the kind of torque spread and throttle response no turbo alternative could touch. Even the gearbox, historically perhaps the weakest of the Evora’s many weak links, is at least no longer actively annoying: it just does the job to an acceptable standard, which is a vast improvement. Improved too is the cabin, not least the process of entering and leaving it: its previously vast sills have been trimmed down with no loss of torsional rigidity so now the middle-aged can climb out with dignity intact.

It’s true that a little of the old Evora’s delicacy has been lost: it doesn’t ride as well on the road while on the track its standard limited-slip differential introduces a hint of understeer in slow corners, but it still steers and feels like a Lotus should, which is all that matters.

So useful work has been done here and in Lotus’s dire financial condition, it is to be applauded. Whether it will be enough to restore Evora’s reputation remains to be seen. The awkward truth is that at £72,000, it costs £7500 more than a Porsche Cayman GT4, which is not just a better car to drive, but an easier one with which to live too. Lotus must hope its name and the exclusivity of its brand will count for sufficient in the eyes of enough customers to make up this shortfall. 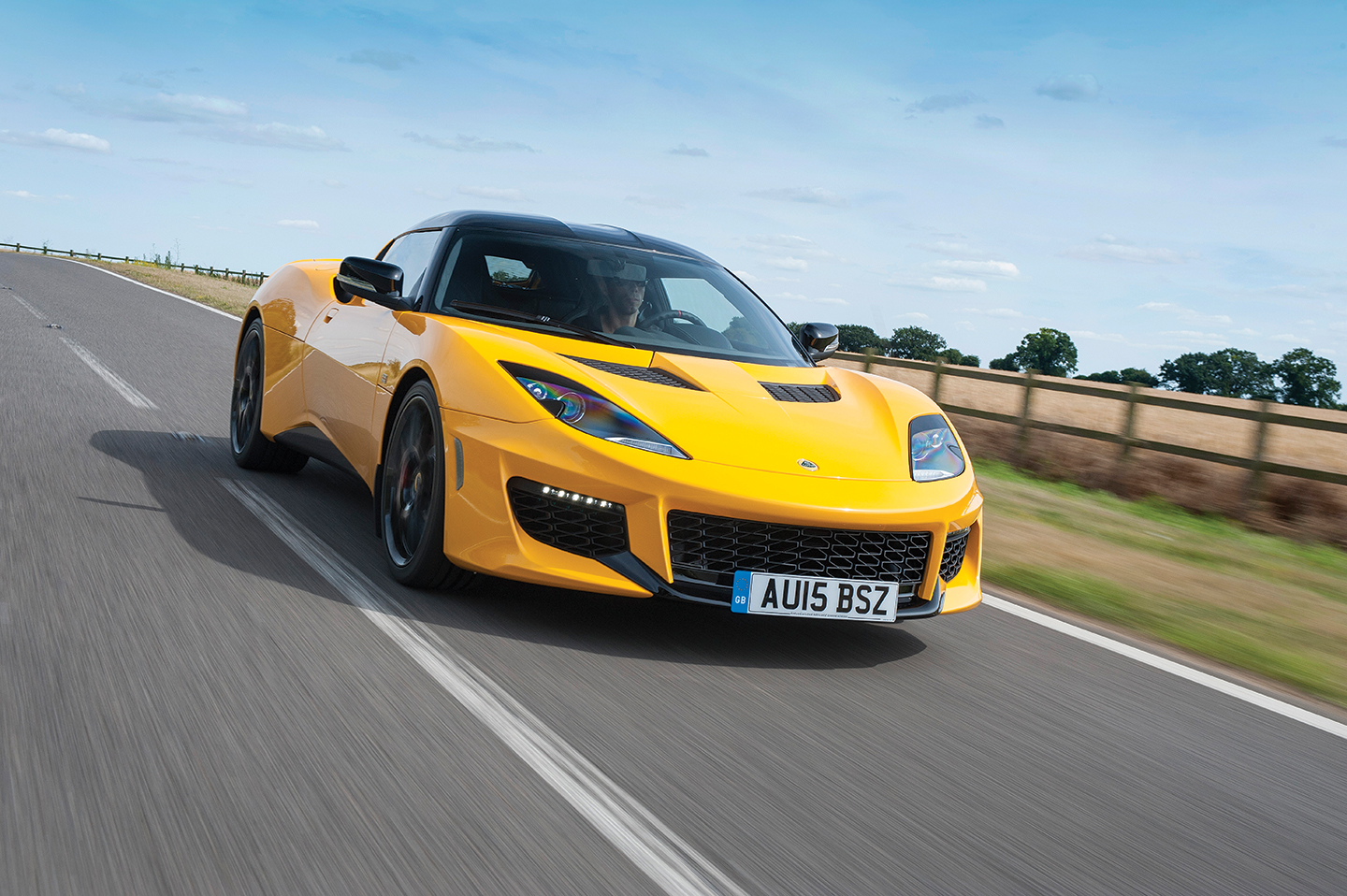 Power to Weight 278bhp per tonne