After more than 40 years of ownership, a former racing driver is parting with a much loved and highly original Mercedes-Benz 300SL Gullwing

He’d originally wanted to fly Spitfires, but there were too many young men of like mind and the RAF didn’t have sufficient capacity to train them all. Besides, the Second World War was freshly concluded and there was less demand for pilots than there had recently been. Thus decommissioned, John Young went instead to work with his father at Rose and Young, Caterham, one of southern England’s leading car dealerships. It wasn’t too bad an alternative.

Among the perks was a close relationship with some of the most desirable cars of the period, not least Rudi Uhlenhaut’s stylish Mercedes-Benz 300SL Gullwing coupé, originally introduced in 1954. “I can’t remember exactly how many I’ve owned,” says Young, now an 88-year-old of agile mind, “but there have been umpteen. Our business was one of the very first Mercedes agents and for a while I drove Gullwings almost every day. I really liked them.”

The car you see here has been his favourite. Manufactured in 1955 and originally purchased by the Ferranti engineering family, it was supplied with most of the cutting-edge period options – Rudge-Whitworth centre-lock hubs, Becker radio, fitted luggage to complement the blue leather upholstery – and Young has owned it since 1973. It has been resprayed, but never restored, and is to be auctioned at Bonhams New Bond Street sale on December 6. 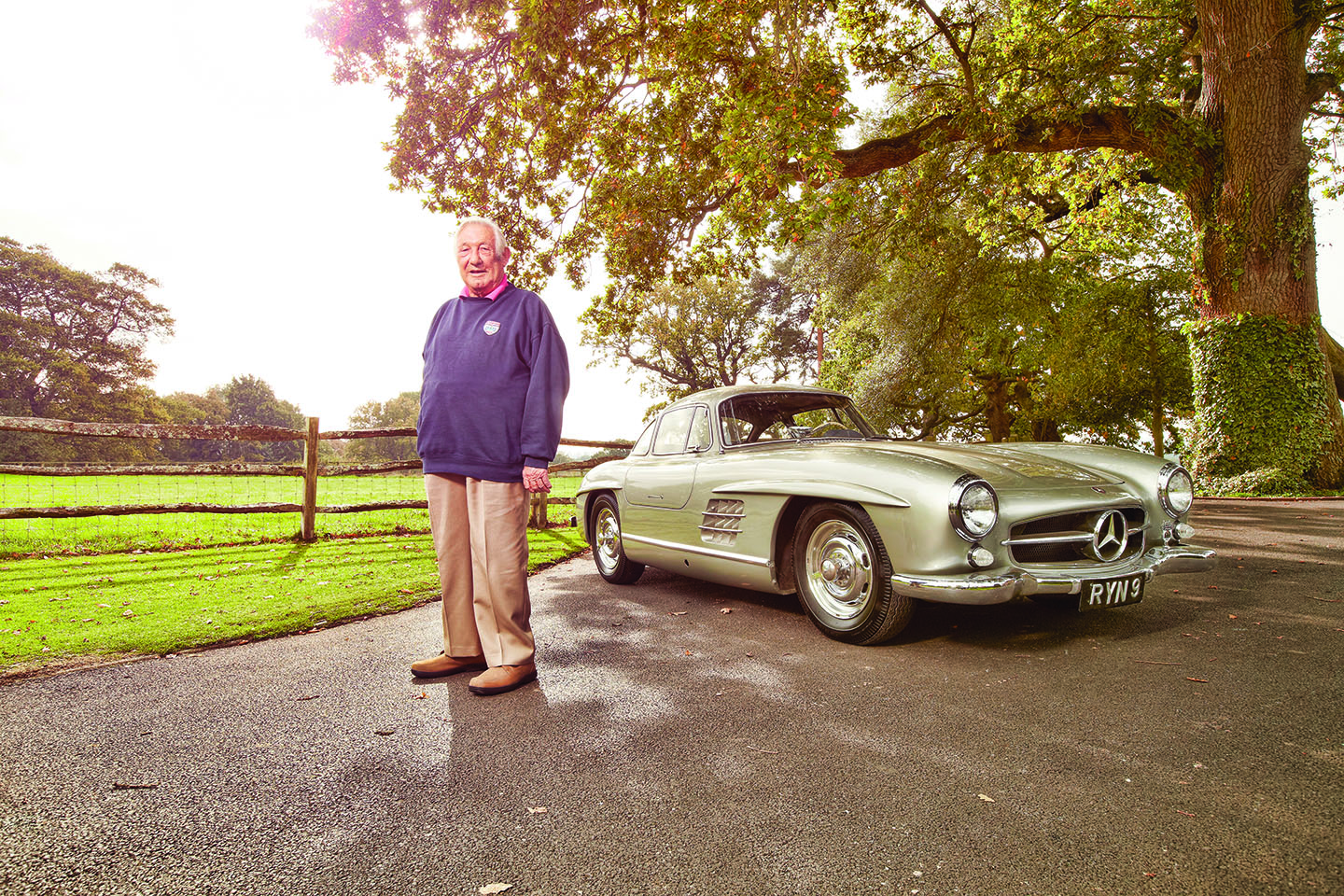 “It’s very original,” Young says, “and has done fewer than 45,000 miles from new. I remember at one time that we had about five Gullwings lined up for sale at the dealership. They cost a few thousand quid each, which was a lot of money at the time, but nothing compared with the £1m to £1.3m they’re estimating this one might fetch. Prices keep going up and I find it hard to keep track.

“I still own quite a few cars, including a Mini Moke I’ve had for about 50 years. It’s in very nice condition, but I didn’t think it would be worth anything and was wondering whether to scrap it. Then I found out even that was worth at least £12,000, which to me seems rather baffling.”

By his own admission, though, car valuations haven’t always been his forte.

“When I first joined the family business,” he says, “I’d come more or less straight from public school [where he often sat sketching ERAs during lessons] and would go with my dad to London’s motor-trading heartland, in Warren Street. As soon as I was there unaccompanied, they’d say, ‘’Ere Johnny, I’ve got one for you around the corner.’ I’d respond, ‘Thanks awfully, jolly nice of you.’ The first time I did a deal on my own, I paid about £1400 for a car that we ended up selling for £700. My dad thought that might teach me a couple of lessons… 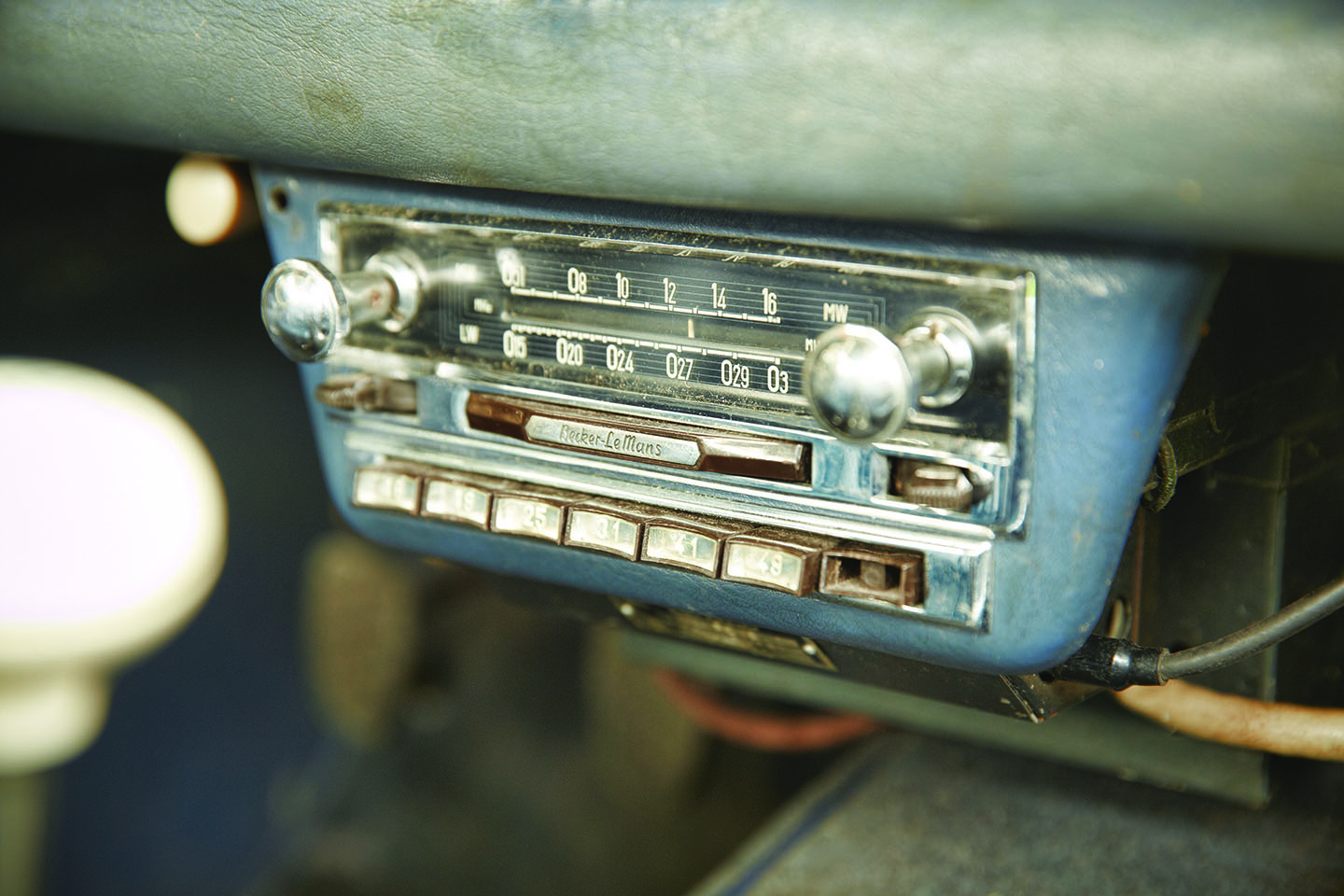 “I was on Warren Street one day when a dealer invited me to join him on a trip to an airfield, to watch some cars being tested. I went along – it might have been Boreham – and Roy Salvadori was thrashing around in a Frazer Nash Le Mans Replica. He pulled up and asked if anybody would like to jump in, to help keep one side of the car down, so I immediately volunteered. They all thought I was mad, but I thoroughly enjoyed myself. It was also the first time I’d met Roy, which proved to be the start of an enduring friendship.”

Young had already been doing some club racing in an MG TC, particularly at Goodwood, but would go on to compete in higher-profile events. “Looking back,” he says, “I far preferred the grass-roots days to my time taking part in higher-profile races, when you always ended up having rows about starting money and so on. I refused to join the BRDC for many years, after not being paid the promised fee for taking my Connaught to Silverstone. The meeting hadn’t attracted a very big crowd, apparently, so funds weren’t available. At that point I said ‘Sod the BRDC’, but Salvadori and John Surtees eventually talked me round and persuaded me to sign up.

“I ended up racing an HRG, a Healey Silverstone, my Lancia road car, an ex-Ecurie Ecosse Jaguar XK120 – all sorts of sports cars. A friend of ours, Big Bill Whitehouse, had the old works Grand Prix Connaught, AL10, and I purchased that, which brought me a bit of success – a few seconds and thirds in national events.”

Connaught subsequently asked him to take part in the 1955 Tourist Trophy at Dundrod, alongside Bill Smith. “Many people felt Bill had the potential to become a really good driver,” he says. “I travelled over to the race with him by boat and he was a really nice guy – absolutely charming. The whole weekend was quite an eye-opener. During practice I was sent out in the wet, against Fangio, Mike Hawthorn and co. When they came up behind me I soon moved over.

“Bill and I tossed a coin to decide who would start the race. He won…”

It would be their final interaction. Smith and Jack Brabham’s co-driver Jim Mayers were killed in a fiery pile-up on the second lap, while Elva driver Richard Mainwaring perished later in a separate accident.

“Three drivers in the same race,” Young says, “but the danger element didn’t bother me at all – it doesn’t at that age, does it? Bill’s misfortune didn’t change my thinking. I just put it down as an accident and carried on. I never thought about writing myself off. For some reason, though, my old man adored me and was terribly upset to hear on the radio that one of the works Connaught drivers had been killed. Fairly soon afterwards I started to think that I should probably give up for my father’s sake and I started to wind down my racing activities. He was so worried that I more or less gave up and concentrated on the day job.”

Young was tempted to race again many years later, mind. “I always wanted to buy an ERA,” he says, “but never did. I acquired one of Cameron Millar’s Maserati 250Fs, though. I was planning to race it, but my late wife wondered why the hell I wanted to do that at my age. So I got Richard Bond to drive it. I subsequently sold it to Fangio, of all people. He wanted a 250F for his museum and didn’t fancy paying the full asking price for an original, so he bought my Millar car. I saw it advertised as an ex-Fangio car after he had died – an opportunist bit of salesmanship, but not quite true in the conventional sense.”

There would, though, be further motor sport adventures after his ‘retirement’, not least on the Monte Carlo Rally. “In 1956 I did that with Roy and John Coombs, another long-time friend, in a Ford Anglia. That was a laugh from start to finish. One of them told the News of the World that neither was prepared to be passenger for the other, so I’d be driving all the way solo. That got published…

“On the start ramp I let the clutch out and went nowhere. At first I assumed I’d broken the transmission, but the bastards had simply slipped it out of gear. When Salvadori took over, he drove like the wind and at one point cut up the Austin A90 of John Gott [in real life a police superintendent]. John wasn’t impressed and came over to accuse me of driving like a maniac. When I pointed out that it had been Roy, he said, ‘I suspected as much.’ Salvadori and Coombs then had a row that led one of them to throw the keys away – and it was my bloody car.

“I was supposed to do the Monte with Colin Chapman in 1957, but it was cancelled because of fuel rationing. The following year I did it with Graham Hill in a Riley 1.5. John Coombs was supposed to come, too, but pulled out at the last minute and sent one of his salesmen instead. He kept telling us how many cars he’d shunted, so we decided not to let him drive.”

Given his relationship with Gullwings, was he ever tempted to race one?

“Almost,” he says. “When I was driving Connaughts, Reg Tanner from Esso asked me to race a Gullwing for a year and said the company would provide me with some support worth five or six thousand pounds. That was a lot of money then, so I thought, ‘Blimey, I’d better accept.’ At Goodwood I jumped from my Connaught Grand Prix car into the Gullwing, exited the pits and went towards Madgwick, the first right-hander. If you lifted your foot just slightly the thing had a tendency to spin, which it duly did, so I drove around to the paddock and said, ‘No thanks, Reg, you can have your money back.’ I think you had to be somebody of Stirling Moss’s calibre to race one properly.” 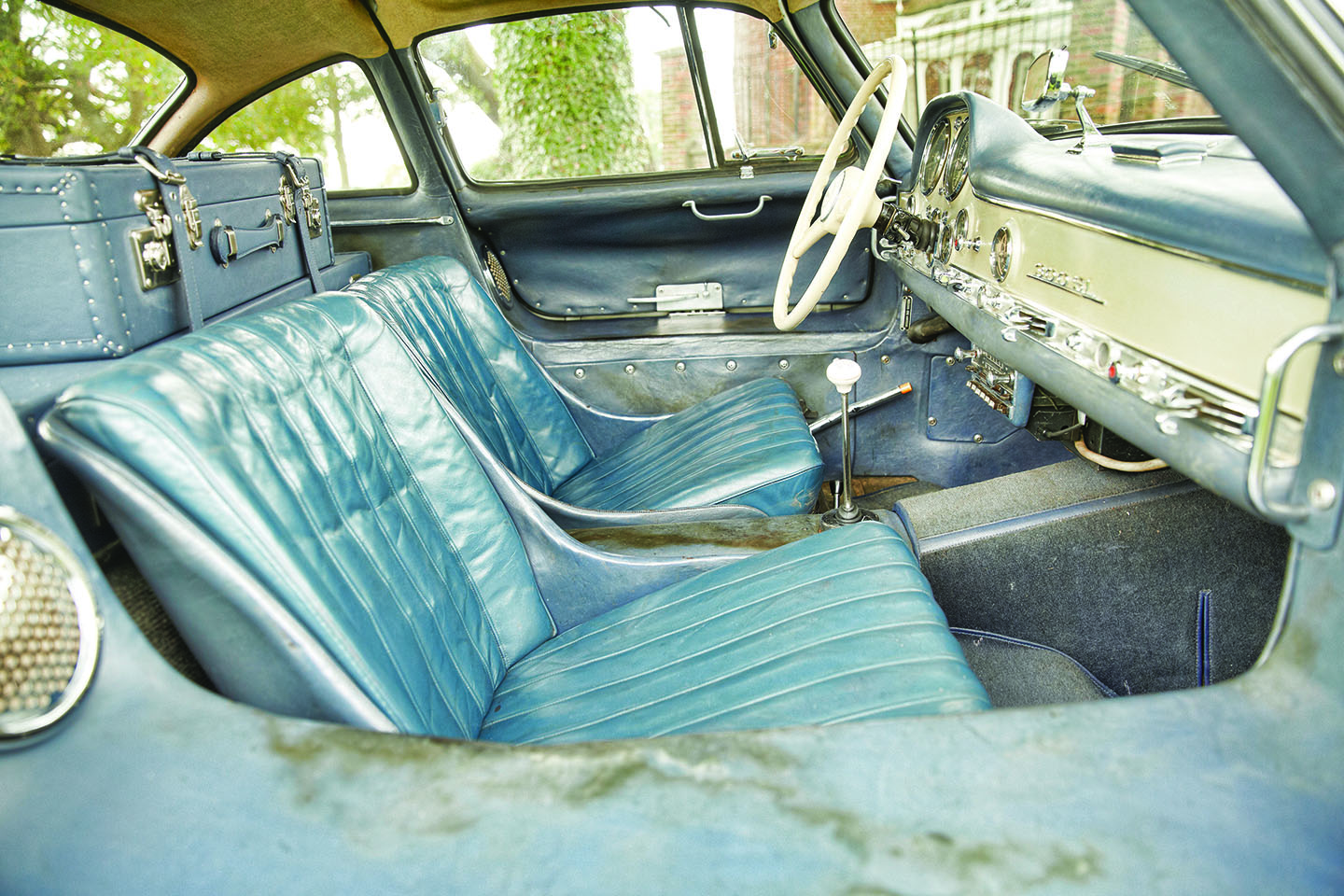 Based on the underpinnings of a 1951 300 saloon, with punchy 2996cc, 212bhp straight six, 135mph top speed and swing-axle rear suspension, the Gullwing was always suited to comfortable long-distance cruising rather than cutting-edge stability through fast sweeps, but its looks were – and are – such that it could be forgiven almost any imperfection. It wears its 60-plus years astonishingly well.

Young’s car might be familiar to Festival of Speed regulars – in 2001, it formed part of the main central display, mounted high on a spur in front of Goodwood House. “I lent it to them and quite a few people asked whether I was at all worried,” he says, “but I was quite happy and thought the whole thing looked very effective. They did attach a lightning conductor, though, just in case…”

His time in the industry has brought him into contact with a good many luminaries, including racer and team entrant Coombs (“He and I bought the last two D-type Jaguars to come out of the factory, for £2200 apiece, then struggled to sell them – the world has changed”) and Bernie Ecclestone.

“At one time I’d meet Bernie once a week for lunch,” Young says. “We’re still in touch and I occasionally see him at auctions. Knowing my passion for Gullwings, he one day asked me how many I still owned and I told him I had just the one. ‘Oh,’ he said, ‘I now have six…’”