“If you drink, don’t drive – don’t even putt,” cracked Rat Packer Dean Martin. In 1979, The Cannonball Run star, whose vanity plate was once ‘DRUNKY’, was the first owner of an Aston Martin V8 Volante Convertible that’s now on sale ($POA) at Autosport Designs in New York. That’s amore!

Porsche Centre Preston has become the first location in the country to install ultra high-speed charging points. In just five minutes, the CBX 150kW charger, below, can give a Taycan power for 60 miles – enough to get you to Halifax. “It’s a glimpse into the future of electric motoring,” said centre principal Tom Fox.

A myth-busting mission by the government, AA and Electrifying.com reveals that many of us are still in the dark about EV incentives: 63% had not heard of the plug-in grant. “This is why we’re investing up to £2.8bn to drive the switch,” said transport minister Rachel Maclean.

The £2m Pininfarina Battista EV might soften your resolve to remain on first-name terms with Esso-station cashiers. Jardine Motors has been appointed official Battista dealer for London and the South. “We will tailor an experience to the client’s requirements, which includes a trip to Automobili Pininfarina in Cambiano,” says comms manager Victoria Healy.

A Barnato Green 2012 Bentley Mulsanne formerly owned by the Queen has been sold by Bramley Motor Cars for £178,000. Her Majesty used the Bentley, which carried the reg DK61 FHM, for Diamond Jubilee duties and visiting the PM at No10. We’re unable to verify whether a ‘Little princess on board’ sign for use on the rear window was part of the package. 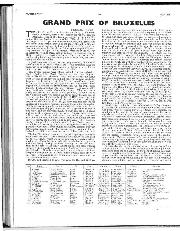 GRAND PRIX OF BRUXELLES BRUXELLES, April 1st THE third Grand Prix of 13ruxelles on the 4.552 kilometre circuit of Heysel, north of the Belgian capital and near the Atomium, opened… 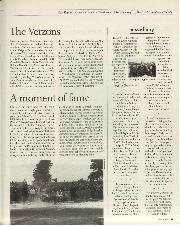 A moment of fame

One may be asked sooner or later, if one can recall a highlight in one's life. I suppose I would quote the day when I had gone up to Silverstone… 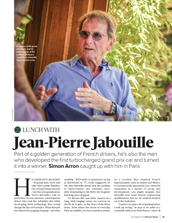 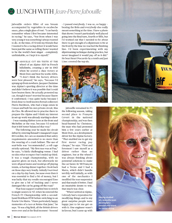 His career stats are quirky – 49 grand prix starts and only three points finishes, two of those being victories – but they encapsulate Jean-Pierre Jabouille’s role to perfection. He… 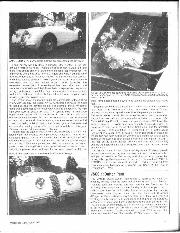 The Vintage SCC's Calton Park racing is again to be a two-day meeting, this year over the week-end of June 7th 8th. At this Seaman Trophies event the historic cars…