ONE of the most remarkable features in connection with the National Emergency which has been brought to a satisfactory conclusion, is the wonderful response made by all sections of the motoring community. There is no doubt that, but for their response, the situation would have been considerably protracted. Those who were present at the Horse Guards Parade during the strike will have observed how readily owners rallied round and placed their services and cars at the disposal of the country. In many cases, drivers had started from far distant points, and carried up loads of passengers, and they offered their services for whatever duties might have been allotted to them during the day.

As might have been expected, the sporting motorists were conspicuous in their large numbers, the emergency drivers comprising well-known racing men, competition drivers, motor cycle speedmen, and a large proportion of ladies. The whole spirit prevailing among the volunteer workers was that which inspired England at the outbreak of the War, this sporting spirit being undoubtedly one of our greatest National Assets.

At a time when the sporting side of motoring appears to be standing in some disfavour with certain sections of the community, we should like to draw attention to the fact that the spirit of sport is one which should certainly be fostered, and we, as a nation, are neglecting our duty as citizens if we fail to keep alive the spirit which actuates the desire to serve the country at such a crisis as the one which has just passed. It is of course to be hoped that no similar call will be made on motorists for many years to come, but unless the sporting side of the movement is kept alive, there may be a gradual dwindling away of what we may term the sporting spirit. There can be no doubt that from every point of view, the competition side of motoring is one that should be encouraged by all possible means, and whilst at present what seem to be petty jealousies, are ruining the movement in trade circles, there are limitless possibilities for clubs to extend their sporting programmes, so that all who are keen in competitions, will find ample opportunities for following the great game. It is to be hoped that the wonderful response of motorists will influence

those bodies which appear to be at cross purposes with regard to the way in which competitions should be organised, so that the competition world may be able to carry on with a more extensive programme of events, and that these events will receive far wider support than they have of late.

Not only does the motorist of to-day look for extended reliability trials as one form of pastime, but hundreds of keen drivers are fretting because road trials have been vetoed. It will be remembered that the popular hill climbs came into disfavour merely because of the unsporting behaviour of spectators, and it seems that the time has arrived when some steps can be taken to restore a certain number of well organised hill climbs throughout the country. It may perhaps be optimistic to expect our antiquated legislation to allow road racing in this country, though as every driver who has travelled extensively over England, knows, there are hundreds of places where long courses could be arranged, over which road racing could take place at high speeds without danger to the public, and with great benefit to the industry. We have only to look over-seas to observe how continually manufacturers have benefitted and are benefitting through road racing experience, and until we are allowed to enjoy similar privileges, it stands to reason that the sporting side of motoring cannot be allowed full sway in this country.

The Editor wishes to thank the many readers who have written letters of sympathy in connection with his accident, sustained whilst dispatch riding for the Government. His condition is satisfactory, and as it will be some time before he is able to resume his ordinary work, he will be pleased to see friends at Charing Cross Hospital on Wednesdays or Fridays between four and five o’clock. 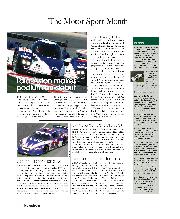 LMP1s to be “real prototypes”

Plans for the next generation of Le Mans prototypes to take their styling cues from road-going sports cars appear to have been abandoned. The future of the LMP1 division is… 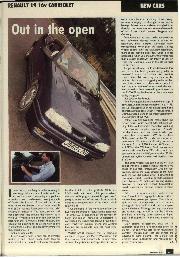 Out In The Open

It was just approaching six in the morning. It was foggy, with a touch of moisture in the air. As a couple of travelling companions waited at a prescribed meeting… 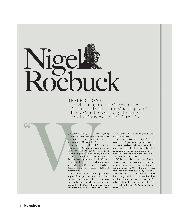 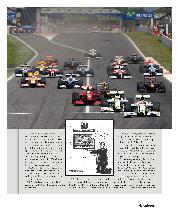 Reflections – Ferrari’s starring role in FIA/FOTA rules row – Did Jean Todt help to keep Mosley in power? – The Old Man knew how to get his way in… 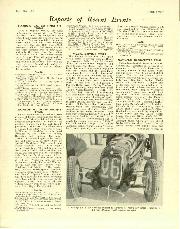 Harrow C.C. Cottingham Trial Held on Bagshot Heath, this event unfortunately clashed with the Veteran Car Run. The fifty competitors who entered had a hard day's sport in fearful weather.…