FRAZER -NASH’S IN THE WEST END

Mayfair has now become the recognised district for motor-car showrooms, and the latest arrivals in that part of the world are Messrs. Frazer-Nash Cars, who have just acquired a showroom at 32, Grosvenor Street, W.x, the thoroughfare which runs from Grosvenor Square into Bond Street: Amongst the cars we saw there was a smart-looking six-cylinder Frazer-Nash, with the modified T.T. body. This differs from the standard type in having a large compartment for carrying luggage, which is carried under the protec

tion of the external hood. Fitted with either the 14–litre or the 1,632 C.C. engine, this c:ar costs £575, and should be ideal for fast touring. Another attractive model was a fourcylinder car fitted with the T.T. overheadcamshaft engine, and priced at £525, while an example of the Shelsley model with two superchargers and costing Viso, will also be on view. Appropriately enough, one of the Shelsley models driven by A. F. P. Vane \ on its chi, and two

other awards at the last Shelsley Walsh meeting.

In addition to the higher priced models, incidently, it has been decided to continue production of the car fitted with the fourcylinder Meadows engine, which is available, fully equipped, at ,4;4:75.

A full range of Frazer-Nash B.M.W.’s is also shown. The distinctive two-seater body fitted in Germany is also to be standardised over here, but the four-seater now in preparation will be more “English” in outline. 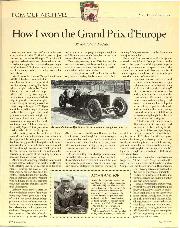 How I won the Grand Prix d'Europe 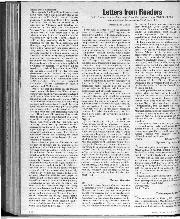 N.B.– Opinions expressed are those of our Correspondents and Motor Sport does not necessarily associate itself with them. – Ed. Freedom of Choice Sir, I was most interested to read… 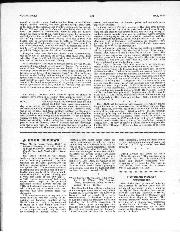 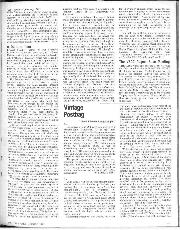 "Those Chronic Straight-Eights" Sir, I must rise to John Oldham's comments on the straight-eight Lanchester. It is true that individual cars varied in the silence and sweetness of their engines.…