Spring has sprung and you can’t buy a classic car for love nor money. At least not in the traditional manner, for a cursory glance at the private classified ads reveals there’s not a lot out there. A percentage of that is no doubt down to vendors not wanting others in the vicinity of their homes – it certainly accounts for a large uptick in the annual volume of cars that we deal with.

There’s more to it than that though, for it’s evident that we’re in (yet another) strong market. The enforcement of lockdowns and their resultant ennui, as well as the effects of the furlough scheme, have ensured two things: people aren’t able to spend money on the usual suspects (holidays, socialising, leisure, entertaining, etc); and itchy fingers.

The former means that, although some are struggling financially, there’s money to burn out there. It’s the same reason why garden furniture is currently akin to gold dust. When combined with the latter, as well as demand outstripping supply, the result is a scarcity of offerings.

Psychology also plays its part; why hold back when the maelstrom of uncertainty hangs over us? If you’ve always fancied an Austin-Healey 100, then go for it; should Franco-US exotica be your thing, then you deserve that Facel Vega 2; the list goes on…

And yet, the prime market drivers aren’t of the above ilk, for it’s the modern classics that have taken up the baton and are accelerating at breakneck speed.

In recent months The Market has set two world record auction prices for a Volkswagen Corrado VR6; achieving a lofty £22,750 for a 1995 one-owner Storm in February, only for that to be beaten by the £27,250 paid the very next month by the lucky new owner of a concours quality example.

If you’d utilised your inner Nostradamus and called that a year ago, when the world appeared to be imploding, you’d have been at risk of being locked up in a padded room by the auction police. And that’s the beauty of hindsight – none of us saw this coming.

Yes, our European record price for an E39 BMW M5 (£32,600) in April makes sense (it’s always been a capable and desirable weapon), as does our £60k for a Lancia Delta Integrale, and the prices over £80k achieved by CCA and others for Audi Quattro 20Vs.

However, it’s not just the iconic stuff that’s moving on up. The Porsche 996 – surely the performance bargain of the last 10 years – is now shifting, and we’re not talking just manual coupés, for even Cabriolet Tiptronic prices are hardening. The last six months has also been good news for R107 and R129 Mercedes-Benz SLs.

What does that mean for the older stuff? While E-type prices have gently dropped off from their 50th anniversary peak, we think the current general strength means they’ve now flatlined and don’t appear to be on that downward trend any longer; and now that summer is almost here, and lockdown is no more, there’s still healthy demand for the like of Triumph TRs, MGBs and Alfa Spiders.

Be in no doubt though, there are new movers and shakers in town. At the risk of unleashing a Gordian Knot of a discussion, and with it a multitude of arguments (cycle vs integrated wings, vintage vs classic vs modern classic, electronic control or carburettors, electric cars, ad infinitum) it’s worth stating that one person’s object of desire is another’s object of derision.

For the moment it’s the modern ’90s and ’00s cars taking centre stage, which proves one simple truth, that all cars eventually become classic – at least in somebody’s eyes.

It’s what makes the ‘old car’ game so exciting. I’ll hold on and enjoy the ride.

Tristan Judge is director and co-founder of The Market, the online auction platform for classic and collectible cars 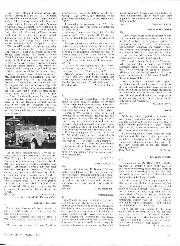 Sir, With increasing popularity of square or rectangular headlights amongst designers of popular cars it is becoming apparent that a much higher proportion of these shaped lights cause dazzle to… 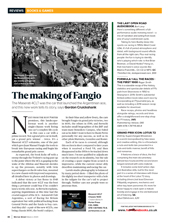 The making of Fangio

Next from the busy Porter premises, this landscape-format work is another single-chassis work listing one car’s complete life cycle – in this case a car with a prime record. Not… 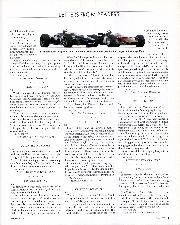 Sir, Would you please allow me through your letters page to add further praise for WB? Over Christmas I read Christopher Hilton's excellent book Hitler's Grands Prix in England. This… 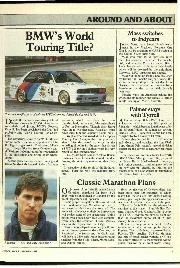 On January 12, full details of the Classic Marathon, scheduled for June 18-26 1988, will be announced in London by the event organisers and sponsors. Some people thought that this…