Formula 1 can be a tough old game. A sport that can, quite literally, chew you up and spit you out whenever it takes the fancy. However, amid the hotbed of rivalries and competition come some truly incredible sporting moments. And Ayrton Senna hitching a lift on the airbox of Nigel Mansell’s Williams-Renault after the 1991 British Grand Prix is up there with the best of them.

Having pipped the Brazilian to pole, the pair produced a thrilling duel until Senna’s McLaren ran out of fuel on the last lap, leaving him to be classified fourth. Instead of leaving Senna to trudge back to the pits, Mansell pulled over to pick up his rival in a gesture that sent the attending marshals and health and safety officials into a right state.

Regardless, it represents one of the great F1 moments, and has been captured in this 1:12-scale chromed statue. Being the Ultimate Edition, it comes housed in a fitted flight case, complete with a collectors’ pin badge and keyring made from race-used Williams bodywork, and is signed on the base by Mansell himself.
£499.95

Good news! With the new motor racing season comes the return of spectators – with the summer set to welcome fans back to grandstands and banking around the country. Even though it’s a time of suntan lotion, you wouldn’t want to be without shelter when the showers arrive. This retro-styled Castrol umbrella is ideal for events like the Goodwood Revival. £40

STEVE McQUEEN ON ANY SUNDAY HELMET

This is a splendid addition to any helmet collection. Officially reproduced by Bell, it is a full-scale replica of the lid worn by Steve McQueen on the 1971 documentary film OnAnySunday, where he can be seen riding his Husqvarna CR400. The helmet is supplied in a display case, but could technically be worn, should you wish to attempt to recreate your favourite scene. £995

Any self-respecting horophile needs one of these, especially if they’re into classic cars. Keeping any collection of automatic timepieces in tip-top condition is a challenge, but you need not worry about power reserve juggling again with a watch winder. Inspired by the workmanship of classic Aston Martins, Bentleys and Jaguars, this four-watch winder has wood and chrome detailing, and each winder can be adjusted to apply 300-1200 turns per day and in multiple directions. £1595

There’s a story behind these superb prints. Steve Theodorou only began to dabble in motor sport photography in the 1970s and ’80s. Despite his efforts, none of his images were published in period, but he revisited his archive in 2009 and re-purposed them as limited-edition prints. Each is numbered and signed. From £95

In need of some new tootsie warmers and the dull old high street offerings just not hitting the right level of jazzy? Look no further than Heel Tread’s racing livery-inspired socks. Whether you favour the Pink Pig Porsche 917, the blue and orange of Gulf Oil or the green and yellow of Lotus, these have you covered. Well, your feet, anyway… From £10

ABOUT THE MOTOR SPORT SHOP

With hundreds of special and unique racing-themed products, and many new items regularly added, the Motor Sport shop is aimed at both serious and casual collectors with a number of price points to suit your budget. Visit motorsportmagazine.com/shop 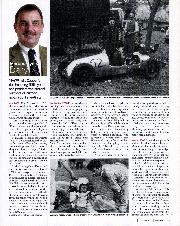 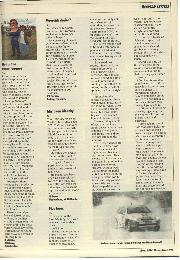 Mistaken identity Sir, Your February review of Terrific Stuff Video's The BRA1 Collection was very fair, but where on earth did you get the idea that Alfred Owen (not, in… 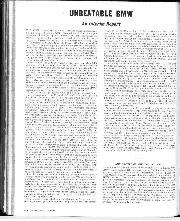 Any problems with your BMW?

If we do have any trouble with the BMW 2500, we are informed that BMW Concessionaires GB Ltd. have appointed a "Problem Puncher" to run a new Customer Relations Department.… 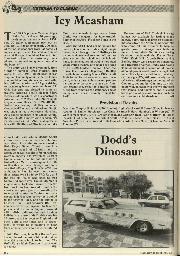 John Dodd, with whom MOTOR SPORT crossed swords some considerable time ago about his claim to have tuned a Rolls-Royce Silver Cloud to reach a maximum speed of 128mph and…