WHY NOT WOODEN MUDGUARDS?

There may easily come a time in the life of any motorist when he is confronted with the problem of no mudguards. There is the type of man who purchases the bygone product of some well-known factory with the idea of making it “go.” Not until he has achieved success in this matter, does he realise that mudguards and other accessories, which had a tendency to be loose, go with it. Then there is also that genius, the home constructor, who, when his work is nearly completed, will suddenly exclaim, ” Oh! now what on earth am I going to do about mudguards.”

If the reader be opulent, he can answer this question by merely going around to the manufacturers and ordering a new set at, maybe, ” a tenner ” the lot. If not, he starts to think of many things. First, perhaps, of splayed wings. Experience may tell him that these are rarely efficient. Next he may turn his mind to pram type ” close-ups.” In nine cases out of ten, in amateur workmanship, this type of guard is a failure in so far that it never stays put,” that is to say, if they are unsprung and move with the wheels. These mudguards may only be really satisfactory when the brake drums are large enough in diameter to permit short stumpy stays. Even then the stays must be of heavy channel section. A decent heavy ” close-up” will never remain, if its supports are draped around a stub axle.

A solution that does not occur to everyone, is that of wooden mudguards. These wooden mudguards are, in effect, merely bent plank. They are surprisingly efficient if properly designed, they never rattle like cheap tin guards, they are very light and they really can be made to look nice. Last, but not least, they are cheap. As an example of this, a set of wings 9 ins. in width, very similar in shape to those fitted to a Le Mans Bentley, cost a paltry 255.

These guards have only one feature which might prove offensive to the critical eye, that being that their cross section must be rectangular, irrespective of bevelling the edges. It is impossible to get a double cur-. vature on wood of reasonable thickness. In the case of the long sports type of wing, this resulting flatness” is rather effective, but has a tendency to look rather like a lorry guard if made up on touring lines.

The actual set under test was made by Messrs. Hopton and Sons, George Street, N.W.r. This firm are responsible for the mudguards supplied to the L.G.O.C.

A very useful side valence for these mudguards can be made of American cloth. This can be rendered quickly detachable by fitting press buttons to the guards and the bottom of the body.

Suggestions on this subject will be both willingly given and gratefully received.

Gerhard Berger chose Jean Alesi without hesitation. Very Berger, no messing about, things to do, people to see, a Grand Prix team to run. “Sure, I give you 15 minutes,… 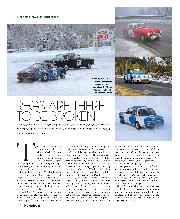 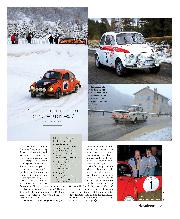 Regs are there to be broken

For some, the Monte retro rally was a test of navigation; for others, a chance to reawaken the fire of the old days. By Johnny Tipler There were three sorts… 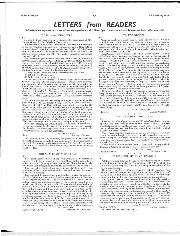 Sir, I was most interested to read the letter from Mr HP Wright, of Lewes. His feelings concerning the new Road Traffic Act entirely reflect my own. Quite apart from the British… 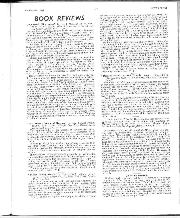