READERS may recollect the AstonMartin road test which appeared in the January issue of MOTOR SPORT, in which we commented on the strange behaviour of the brakes. On a subsequent visit to the Feltham Works last month we learned that the linings on the car we had tested had been just on the point of wearing out, so we were

interested to test another car of the same type with these important organs in a better state of repair, though the owner informed us that they had not been adjusted for 5,000 miles. Tested at 40 m.p.h. on dry tarmac, they brought the car to rest each time in 51 feet without deviation from the straight, a very different figure from the 75 feet we

found necessary when braking during the road test, though not surprising in view of the large diameter of the brake-drums. From 30 m.p.h. we pulled up in 28 feet, and as both these figures are about the best possible on normal surfaces, the owner of an Aston-Martin has nothing to fear when called upon to make an emergency stop. 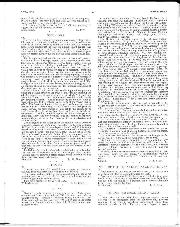 * WHO FIRST FITTED A CENTRIFUGAL OIL FILTER? Sir, With regard to your note on the Simca woo, you refer to the centrifugal oil filter as being introduced by Fiat.… 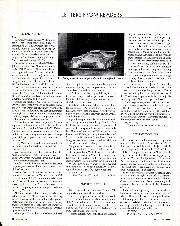 Sir, Regarding your recent Ford-Weslake V12 article, I take exception to Mike Daniel's assertion that, "The Daytona fiasco was entirely due to a JWA cock-up over gear ratios". As briefly… 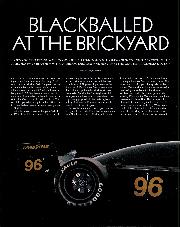 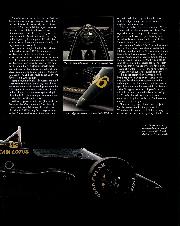 Blackballed at the Brickyard

When the CART establishment discovered that Team Lotus was building another Indycar, the reaction was far from positive. Gordon Cruickshank describes the car that became an outlaw It's tough being… 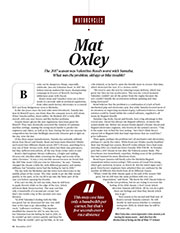 The 2017 season was Valentino Rossi’s worst with Yamaha. What was the problem, old age or bike trouble? Books can be dangerous things, especially rulebooks. Just ask Valentino Rossi. In…