Ever since my Article supporting moderns appeared in the October, 1943, issue of MOTOR SPORT, many letters have been written by vintage people condemning my sarcastic remarks on vintage mach itiery.

Yet these people chortle with .glee when some fanatical vintagent condemns modern ears as ” mechanised corn-beef tins.” etc.

If vintagents do not want their pets to be slandered, they must not slander other people’s. Otherwise .

Re “Cavalry Officer’s ” remarks, the Autocar road test of the 31-litre S.S. Jaguar saloon gives a maximum of 90 m.p.h. ; the Sports Car tested the ” 2.6 ” M.G. to do 93 m.p.h. ; these figures being nearer to my own than to the 80 m.p.h. given by your conespondent With regard to the Editor’s fOotncite to my last letter, even if the Ilumber’s speedometer was magical, it does not in

the least alter the fact that a number Super Snipe will do almost 90L-88 being the figure quoted by I-lumbers.

With regard to the ” race ” between British and foreign ears apres la guerre, would not a 14-litre M.G. saloon be a fairer rival to the La ucia ” Apriia ” than a T.B. Midget would ? The reason I suggest this is because I support the British cars in this trial, and do not want to start off with an advantage over our pro-foreign competitors.

I am confident, in any ease, that a 1 litre M.G. saloon, with four up, would ” wipe the floor ” with a standard Lancia ” Aprilia ” similarly loaded, which I suggest they should be during the event in question, since both are claimed to be fast saloons rather than out-and-out sports cars, and must, therefore, be -able to carry at least four people.

Good luck, Lieut. Whalley, and may you once and for all time prove to the sceptics that, in the motor world at any rate, ” British is Best! I I am, Yours, etc., ” TwO-PoINT-S “ 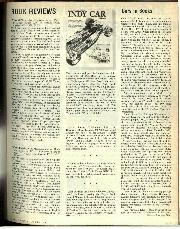 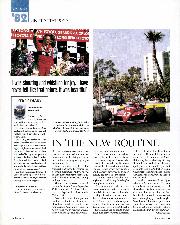 In the new routine

Niki Lauda had always been his own man, and once the notion struck that he was bored with driving around in circles, then nothing was going to keep him in… 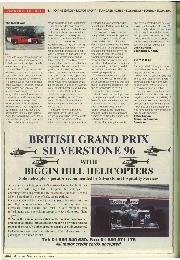 Sir, Can anyone tell me why so many trade advertisers omit prices of cars they are offering for sale? When I seek a second-hand (not 'pre-owned', please) car I ignore… 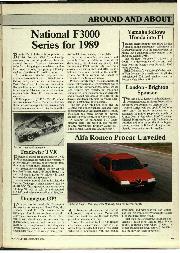 This year's RAC London to Brighton run, which takes place on November 6, will be sponsored by a commercial organisation. Kenco Coffee will put up £250,000 over three years for…