Re Johnny Herbert’s January column in which Damon Hill stated that he thought Lewis Hamilton’s Brazil performance was the best he has ever seen. There was another performance that Damon would like to have seen, and that was his father Graham’s charge through the pack at the 1960 British GP. Having qualified his P48 BRM second, he had the misfortune to stall it as the flag dropped. As coolly and smoothly as Lewis, he drove through the field ultimately passing leader Jack Brabham and his Cooper to take the lead. Regrettably it all came to naught when the single rear disc brake let him down.

I witnessed the race at Copse Corner and groaned with the rest of the crowd as he spun. It was nevertheless a stirring performance and as one writer of the day put, he drove his BRM faster and further than any had gone before. Graham, ever a class act, claimed to have made a mistake rather than blame the car. In the course of his charge Hill not only beat his own qualifying time, he set fastest lap which exceeded Brabham’s qualifying time. As he exited his car I noticed the back of his driving suit was bathed in perspiration.

Those F1 drivers were a very special breed with remarkable skills and endurance who plied their craft under circumstances that would be unthinkable today. Graham Hill in my opinion compares favourably with the very best of them. His drive that day was the best
I ever witnessed. I think Damon would have been equally impressed. 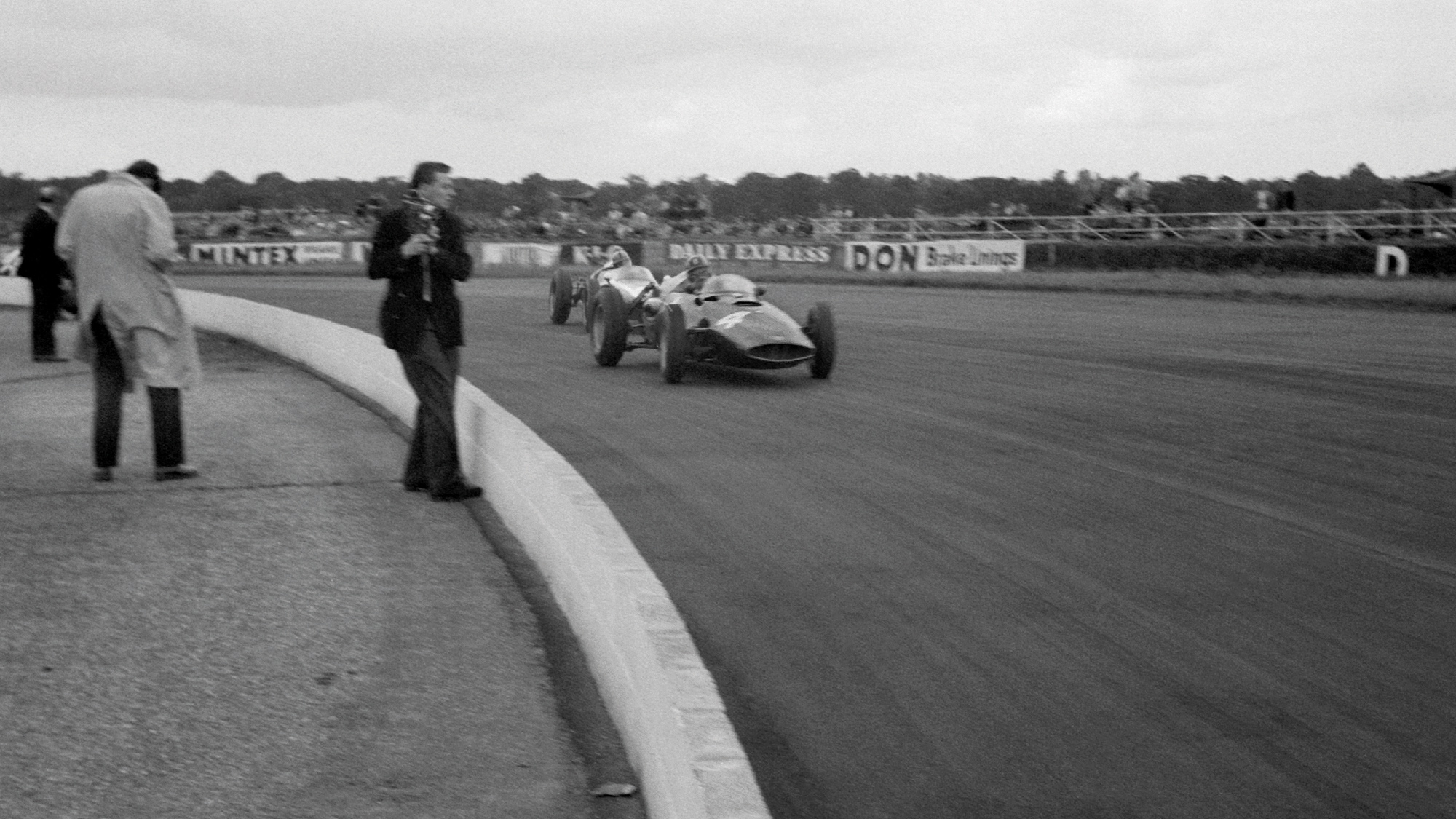 I feel compelled to write having read the 2021 season review of electric racing in the February issue. The comment that “Petrolheads might feel hard done by that combustion is reaching the end of its competitive life” is well wide of the mark. I can assure the writer that the death of the internal combustion engine has been greatly exaggerated. Synthetic fuels and hydrogen will ensure that the noise of the combustion engine will thankfully remain alive for many years to come both on the race track and on the road.

What a fascinating and eloquent letter from Nick Goozée regarding the Unsers in January’s issue. Surely a highly engaging candidate for a future Racing Lives profile?

I should congratulate Max Verstappen as the F1 champion but I think that Max should be grateful that he has met such a skilled racing driver in Lewis Hamilton in the battles they have had this year.

Too many times Max’s immature and aggressive driving style could have resulted in big crashes if Lewis had not been able to avoid a coming-together. Max’s late braking into corners and then disregarding the other driver has created many dangerous situations.

His driving style seems to be what he has established when competing in the lower racing series, but one would hope that when driving in Formula 1 – at the very pinnacle of motor sport – a more mature driving style should be required.

I found portions of the February 2022 edition of Motor Sport to be depressingly woke in tone, rather than delivering the usual enjoyment.

Perhaps some of the editorial contributors, and correspondents to the Letters page might be more suitable penning their missives to The Grauniad [sic] rather than to an escapist motoring magazine.

As an Australian I apologise for the decision made by the Australian race director. One of the tactics in racing is to try and place slower cars between you and a competitor. In the event of a safety car that advantage is still maintained. Where was the logic or precedent for waving the lapped cars past the safety car?

Fans need to understand that if his training was here in Australia, where V8 Supercars rule, then contrived race results are standard. The classic, once-fantastic Bathurst 1000 is now a race between the contestants, the race director and the safety car. They look for reasons to deploy it simply to reform the field, turning a long-distance race into a series of sprints.

Common decency should have seen Verstappen concede that he wasn’t the winner and not passed Hamilton. Then again, decency doesn’t seem to be one of his attributes, as witnessed by his recent brake-testing. What happened to sportsmanship? Let’s hope the race director isn’t re-employed to run grands prix.

Thank you for your latest editorial and to Mark Hughes for his piece on the Abu Dhabi Grand Prix. After watching the internet crash with instant and partisan comment it was refreshing to see you set out ‘for the record’ what actually happened at Abu Dhabi in clear and unequivocal terms.

The 2021 championship was, in my view, the best ever and either driver would have been a worthy champion. To see it descend into farce at the very last moment was a total anticlimax which neither driver nor their fans deserved. It tarnished all that had gone before. Many have sat on the fence for fear of alienating their audience or the F1 establishment itself. To change, F1 has to honestly confront what really happened. I hope the announced review will make at least some progress. I was so pleased you had the guts to tell it like it is and long may you continue to do so. 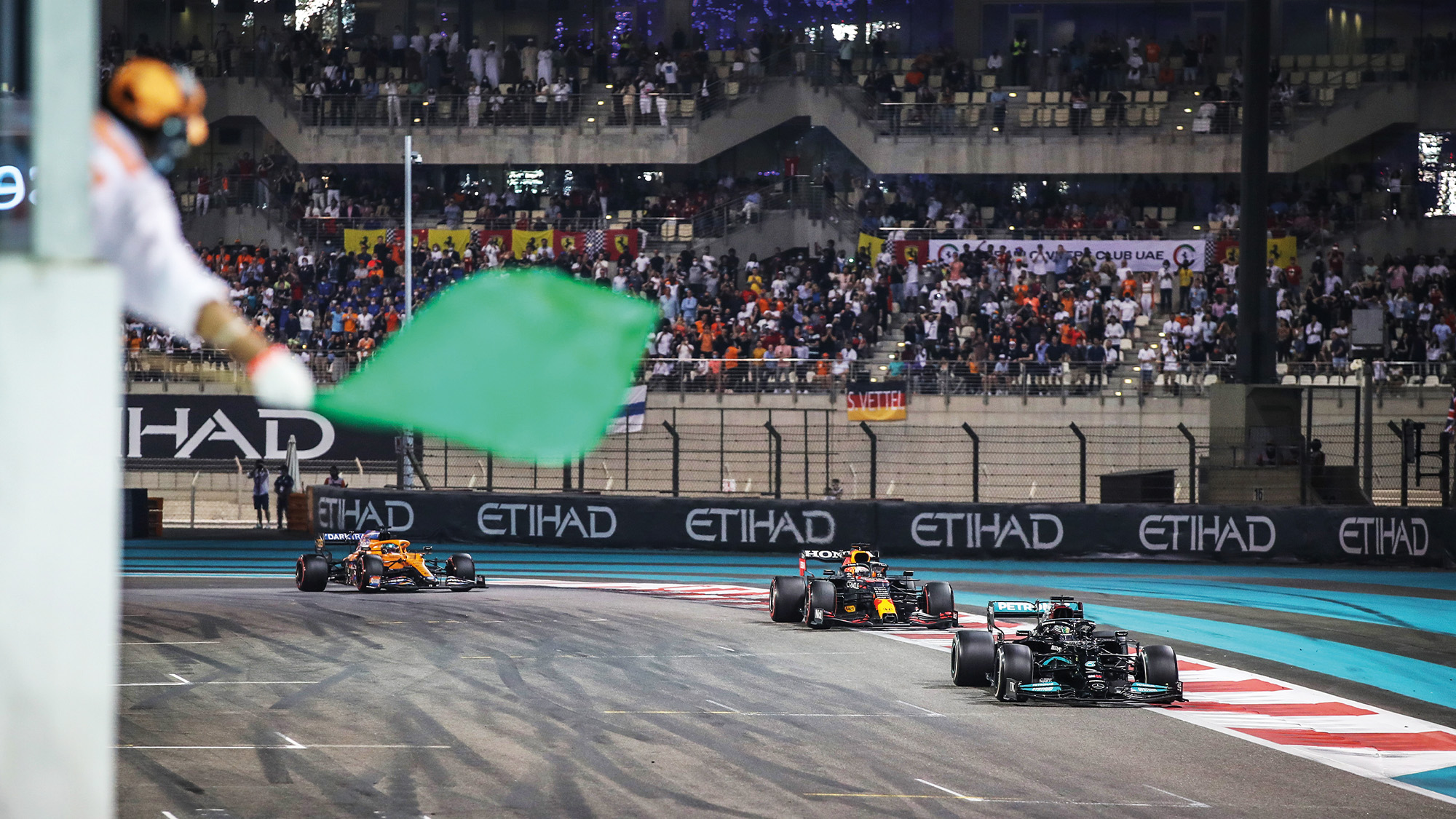 The moment that unleashed a controversy that will run and run

Well, I don’t know how they did it, but the FIA elevated pro wrestling’s credibility over that of Formula 1. Further, Michael Masi should be given Lewis Hamilton’s second-place trophy (since Lewis doesn’t want it) for his Red Bull race-winning strategy. Bravo!

I have always valued the impartiality and thoughtfulness of the journalism at Motor Sport. I should first say I am British and admire Lewis Hamilton, clearly the greatest driver of his generation. To be honest I try not to support any drivers, though the Ferrari pairing stand out. Great drivers. But the constant rehashing of the Abu Dhabi round is pretty nauseating. It is what it is. Worse things have happened in racing and I wonder whether we’d be seeing all these articles if a non-British driver had lost the title to Verstappen. I think not. There were very controversial ends to WEC and DTM, but where’s the outcry?

There seems general agreement that the result of the Abu Dhabi GP was arrived at wholly incorrectly. Mark Hughes’ summation was brilliant. One of your correspondents also suggested the race director’s job is too complicated to be undertaken alone. Perhaps it is, but that had no bearing on this particular blunder. Good umpires don’t often need rules to judge between right and wrong. They do need an instinct, though, and to learn that teams have the opportunity to ‘discuss’ any decision made during the race is completely beyond belief. Who at the FIA sanctioned that? It is the purest nonsense and combined to produce a result that will never be forgotten, for all the wrong reasons.

Hamilton ‘lost’ the Championship, but by being gracious in doing so, still very much left a very positive mark on 2021. Verstappen took the title, but due to the FIA’s ‘flexible rule interpretation’ he now has to endure the longer-term frustration of his championship being tainted – through no fault of his own. My sympathies go to him as he, like Lewis, fought so hard to win it. Both are worthy of the title. Charlie Whiting, how we miss you.

Was Mark Hughes watching a different Formula 1 season with his top 10 F1 driver review? Max’s “stunning race-craft”? Putting it in the wall in Q3 Saudi, parking on top of Lewis in Monza, the ‘I hope he sees me’ lunges
in Bahrain, Emilia, Spain, France, Mexico, Saudi Arabia x3 and Abu Dhabi, his ‘I’m turning in’ move at Silverstone, brake-testing competitors in Saudi, running them off the road in São Paulo. Max may have speed but his race-craft was far from stunning. I’d like to know what the season-long “only one
real error” was.

I have today read your editorial on the Abu Dhabi GP and note your angle on the race, supported by the views of George Russell and Lando Norris. I do not think these two can really be classified as unbiased with the former driving for Mercedes in 2022 and the latter powered by their engine.

Strategy is a very important element and Red Bull took a risk to change tyres twice during the race during a virtual and actual safety car situation. Mercedes chose not to call Hamilton in and give up track position. A couple of times in the season the opposite happened and Hamilton tracked down and overtook Verstappen. Had Mercedes decided to change Hamilton’s tyres too it would have been a very exciting one-lap shoot-out and very few would have complained about the outcome. For all the criticism directed at Michael Masi his comment to Wolfe was very succinct: “It’s called a motor race, Toto.”

I have been amused to read the thoughts of all the race directors after the final F1 race. They all know exactly what to do in any given circumstance, always reaching the correct decision. Pity the poor person actually on the job.