Some Impressions of a Motor Cycle Competitor.

In a world of imperfect things the conditions in the London-Land’s End trial were nearly perfect. The roads for the most part were good, the weather was fine, and there was not too much heavy traffic about. InconSiderate spectators were, perhaps, the greatest trouble here and there, indeed, they were positively a curse. Even before we started we learned from a marshal that a solo man had skidded into the crowd outside the gates of the Slough estate.

Shortly after the beginning the moon arose and later hung high in a blue sky. The country was singularly beautiful under its silvery ray. Towards dawn, however, the weather grew very cold, and banks of mist made visibility poor. The mist froze on our coat collars and formed flowers on the sidecar wind screen. At one time I found that the frost in the Schebler carburetter had cause the throttle to jamb. This in spite of the fact that the front cylinder shields the carburetter from the direct air blast.

At Bridgwater we were treated to the worst breakfast that we have had since the bad old Exeter breakfasts, now a thing of the past, and after that meal we ” scrapped ” on to Porlock, where the re-start test and the climb gave us no trouble. The hill was in good condition and the road beyond it, down Countisbury to Lynmouth, seems to have improved.

Lynton was dry and easy-. But Beggars Roost was well nigh impossible for the sidecars. Knowing that the surface was loose I rushed the hill, but nevertheless came to a standstill near the top. From out of the hole which the spinning back wheel had dug for itself some gentlemen hauled my outfit with a rope and hook. Thence onward the trial became a race over bad, dirty and twisting lanes to a lunch which, although served in a hall temporarily rigged up for the purpose, was surprisingly good. The washing arrangements,

however, were primitive and the men looked grubby. The ladies, by some miraculous means, had managed to remain clean. Face cream was the most sought-after luxury, and one expert who applied half a pot-full to his dusty red face demonstrated “That school girl complexion.”

Rumour, as usual, was busy at lunch and there were many distinguished absentees from the meal.

I wonder how many fellow competitors looked into the fire station next to the lunch hall and saw the queer old engine hitched to a Fordson tractor. One fears that the children of Launceston will never experience the joys of seeing the fire engine race by.

At Perranporth the kind ladies of the town gave us a free tea which was greatly appreciated by the riders whose throats had been rendered very dry by the dust of the roads.

I find that the descent into Bluehills Mine is harder to accomplish than the ascent out of it, for the hairpin bend going down always gives me cold feet. Once round the acute corner the climb is an easy one, and when that has been effected there is nothing further to trouble one until the end is reached except, maybe, the dangerous descent into Portreath.

Within a mile and a half of Land’s End, Church had the misfortune to upset his A. J.S. at a turn. The machine was badly damaged, the frame being twisted, the sidecar chassis broken, all wheels buckled and the sidecar tyre gone. We helped him up, and his lady passenger pluckily suggested carrying on. I saw them finish and trust that they did so in time to get their ‘I gold.”

My own machine, an Indian Chief, behaved perfectly on the run, and on. the first occasion we opened the tool kit it was with the object of removing the numbers at the end. 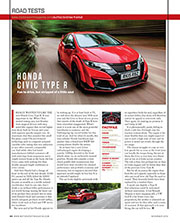 Fun to drive, but stripped of a little soul I really wanted to like the new Honda Civic Type R. It was important to me. When I first started testing… 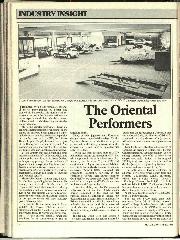 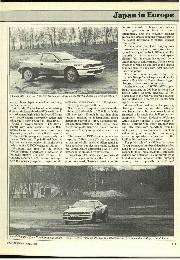 The Oriental performers Prompted by a Seiko time/date chronometer, photographed by Pentax and printed via Panasonic, this month's subject matter is the rise of the Japanese performance car— in particular… 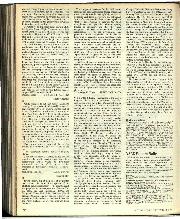 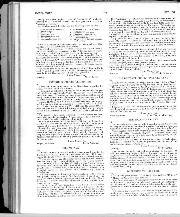 DEFENDING THE OLD CARS • • • Sir, I read with great interest "The Daily Mail Dislikes Old Cars" (" Matters of Moment," April edition). Most (or could I say…