A Twin-Engined Amphibian for the Private Owner.

THE development of aircraft suitable for private ownership has been mainly confined so far to land machines, but lately there have been signs that manufacturers are paying increased attention to the small seaplane and flying boat. This is probably due not so much to the fact that firms have only just realised that these types have a very definite appeal to numbers of potential owners, but to the strides made in recent years in metal construction.

It is well known that in the past, seagoing aircraft have required a good deal more attention than land planes, owing to the corrosive action of salt water and sea air, but with the advance made in metallurgy it is now possible for makers to produce craft which require no more maintenance than land machines.

An interesting example of the small amphibian is found in the ” Cutty Sark” twin-engined monoplane which was shown at the Aero Exhibition last year, and which, after a period of searching tests, has now been put into definite production form by its makers, Messrs. Saunders-Roe Ltd., of Cowes, Isle of Wight. This machine possesses principles of construction which are the logical outcome of many years of experience in the manufacture of high speed boats, and seagoing aircraft of the most varied types. In the first place the ” Cutty Sark” was designed as a flying boat, but in its latest form it can be obtained with amphibian gear, so that extended journeys overland can be accomplished with safety. As the illustrations show, the design of the ” Cutty Sark” embodies a full-cantilever monoplane wing mounted direct to the hull, with two power units imposed in separate nacelles above the wing. The wing unit is built up of wood spars of box section with spruce flanges and three ply webs. The form ribs are also of three ply, and the covering throughout is of the same material. The makers state that they have adopted this system ,of covering as it has been definitely established that it makes for reduction of maintenance and that it stands -up particularly well to tropical conditions; moreover, it is easy to repair in case of damage, does not get out of truth; and no special dope or protection is necessary. In the region of the engine nacelles, the upper covering

of the wings is reinforced, so that it is possible for the crew to walk about on it when attending to the power units. The hull is particularly interesting not only from the point of view of its contour and general lines, but from its construction. It is built up of ” Alclad,” a special form of protective duralumin, which is practically free from all corrosion. The hull form has been developed after considerable research work by Messrs. SaundersRoe, and incidentally is one incorporated in the flying boats of various sizes made by this firm. In practice the lines of the bow have been found to give exceptionally clean running, at the same time offering low resistance. As far as possible the straight section has been adhered to with a view to making repairs easy, as no special beaten work has to be done to the plates to get them to the right shape. The attachment of the wing to the hull is made by four bolts which pass through fittings projecting through the wing, the whole arrangement making for absolute simplicity in assembly and rigging. The empennage, with the exception of the fin, which is built in with the hull in ” Alclad,” is of welded steel construction, and is fabric-covered ; both elevators and rudder have balanced surfaces, which make for ease of control. The former is actuated by a torque shaft fixed in the fin, and the rudder is operated direct from the rudder bar by cables. A wheel in the cockpit allows of a wide range of incidence setting of the tailplane so that the machine can be trimmed in the air for level flying. As has been mentioned, the two Hermes engines are mounted in nacelles ; they are neatly covered by streamlined cowlings, and are supported on a straightforward four strut arrangement, braced with diagonals and Rafwires. The extreme accessibility of the power units is a marked feature. Every part is ” getatable ” while the machine is afloat. The fuel system comprises two 26-gallon tanks, which are mounted in the wing. Each engine has an A.M. pump which supplies direct to the carburettor, and in the event of failure of one pump, a special arrangement of cross connection is provided so that both engines can be supplied in such an emergency by a single pump. The lateral stability on the water is arranged for by two floats, con

structed of ” Alclad ” and attached to the underside of the wing some distance out from the hull by struts.

Accommodation for passengers is in the hull just in front of the wing, and is ample for a pilot and three passengers. This cabin is completely enclosed and has side windows which are made to slide, and a fixed front screen of Triplex glass. There is a compartment with a hinged hatch in the bows for the purpose of stowing anchor; warps, and other marine ‘tackle. Hand rails are provided along the side of the hull so that embarking and disembarking is quite simple. The pilot sits on the port side, and there is a gangway between the seats. The headroom of 4 feet 10 ins, makes moving about between the seats quite easy. The dashboard is placed in front of the pilot’s seat, and has a full complement of instruments, including • air-speed indicator, altimeter, oil pressure gauges, watch holder, and revolution indicator for each engine. The controls are of the normal type, i.e., stick and parallel motion rudder-bar ; the latter is adjustable for leg reach, and the throttle controls for the engines are arranged centrally on the dashboard. When required, the machine can be supplied with dual control.

The amphibian gear consists of two wheels attached to axles, with radius rods working on to a combined oil and rubber shock-absorbing unit. It is retractable, and in the ” up ” position it is quite clear of the water when taking off. It can be worked by either pilot or passenger, and wound either up or down in 40 seconds. Throughout the whole design of the ” Cutty Sark” the strictest attention has been given to making the machine free from corrosion and absolutely watertight. Every detail of the steel work is either of stainless metal or cadmium plated, and where aluminium sheeting is used, such as in the engine cowling, this has been anodically treated. The wings, the hull and other parts

are all covered with cellulose’ enamel, and where the controls project through the hull, and from the wings, special watertight glands are fitted. The performance of the ” Cutty Sark,” both on the water and in the air, is extremely good. Manceuvring on the water is an easy matter, the aircraft being turned by use of the air rudder and by revving up one of the engines. In taking off it quickly assumes a position on the step and, owing to the clean lines of the hull, it becomes air-born in a very short time. In flight, the machine is very pleasant, there_ being a marked lack of noise, vibration and draughts. The following are the main characteristics and data : 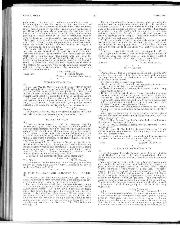 Sir, I was somewhat amazed to read the paragraph regarding the case at Bridgend, concerning the driver of a mobile patrol car, and even more surprised to read of a… 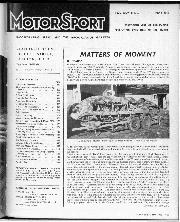 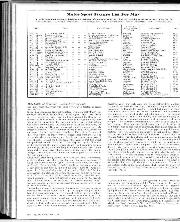 • "Babs" In spite of the controversy caused, Owen Wyn Owen has disinterred the 27-litre Liberty-aero-engined racing car "Babs" from the Pendine grave in which it was buried over 42… 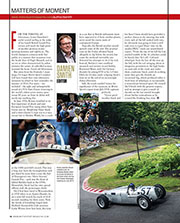 or the throng at Silverstone, Lewis Hamilton’s joyful crowd-surfing in the wake of his fourth British Grand Prix victory will mark the high point of another glorious motor sporting summer,… 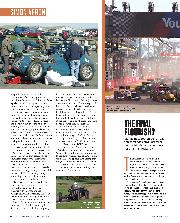 Marina Bay, September 21-22: the comeback as an art form, but could this be the last time for GP2 in Singapore? The destiny of the ninth GP2 Series title will…