FROM an old film, found in the attic of a house, a reader has sent us some photographic enlargements which are of aeroplanes and pilots except for one, which is of a 1914 GP Mercedes. These pose the questions, which of the team that dominated that French GP at Lyons at the eve of the war was this, who took its picture, and was it then at some foreign aerodrome?

Let us see whether the pictures provide any clues. Some are of unidentifiable aeroplanes or personnel. Three are of a Pfalz D XII biplane in German markings. Another is of an Armstrong-Whitworth FK 8, or “Big Ack”, No. 5075, wearing RAF roundels. Two of the pictures seem to show a BE2C which has crashed onto what looks like the roof of a sports pavilion. But while the engine looks to be an RAF V8, the forwardfacing exhaust off-takes, square tips of wings and tailplane, and cylindrical tank under the centresection confuse identification. Another picture shows three pilots standing in front of a truck which seems to have a foreign Reg. No. and is conveying the remains of what appears to be a crashed fuselage, perhaps from a Fokker; one of them is, I think, in RFC uniform, the others in RAF uniforms and one has both hands bandaged. This might just recall the aerodrome to a reader, and we reproduce three of them. But the difficulty is that not all of the exposures may have been made at the same period or place. The Pfalz, for instance, was taken in front of hangars in the snow, but not the others. As to the period, the Pfalz D XII didn’t go into service until late in 1918, having been tested at Aldershot that June. It seems unlikely that a captured one would have been flown to England that late and so we may surmise that these photographs were taken after we had over-run a German airfield, perhaps during the occupation period. Very few BE2Cs were on the Western Front as late as this, if indeed that is what the crashed machine was. This could suggest that our unknown photographer made very sporadic use of his camera, and the fact that the film remained undeveloped for over 6o years might endorse this. It could also explain away the Mercedes, which could be Zborowski’s, taken in this country. On the other hand, the AW could not have been photographed much before 1917. The serial number on its tail might suggest that it was at its makers, or a contractor’s, airfield.

What of the Mercedes, was it seen here or abroad? One of the victorious team cars definitely came to London. It was requisitioned after war had broken out and taken in August 1914 to Derby for examination by Rolls-Royce. All this was described, in much detail, for the first time, in Motor Sport, June 1966, p.498. Some accounts say the car was in the British Mercedes premises in Shaftesbury Avenue, others that it was taken from Gordon Watney’s Long Acre depot. The latter story may have arisen because Watney said that he had bought the winning car, and would race it at Brooklands on August Bank Holiday. In fact, Mercedes refused him this particular car, he refused any other, and although he ran a 9.2-litre Mercedes and two Peugeots, one of which, driven by Toop, won for him the Lightning Short Handicap, the illustrious 1914 GP car was not entered. Had Watney bought it, surely it would have been at his Weybridge workshops? Incidentally, he has been called “an English Brewer” in a recent book. But if he was a member of Watney’s Brewery he concentrated on his motor trading, and is said to have turned to the theatre after the war. I would dearly like to know more about how the GP Mercedes was taken to Derby (it is said to have been towed, but by what car, and why wasn’t it driven?), and what happened to it after Henry Royce had dissected it. It was thought at the time to have been the spare race car. Count Zborowski ran one of these Mercedes at Brooklands from 1921, generally accepted to have been the GP winner driven by Lautenschlager, on what evidence I am not clear. This is the car so ably restored by Philip Mann in the 1960s — see Motor Sport for June 1970. It would have seemed logical for Zborowski to have bought the car that was in this country, assuming R-R ever reassembled it, but Clive Gallop, his Racing Manager, once told me that he thought it had been discovered on the Continent. Could this have been where the car was photographed by the unknown photographer? 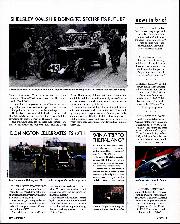 Midland Automobile Club is working hard to secure the future of Shelsley Walsh beyond the expiry of its current lease in March 2004. Negotiations are ongoing to secure a 99-year… 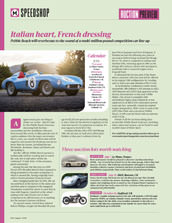 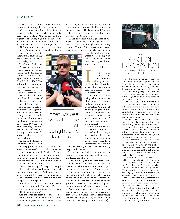 With fewer variables to control, teams must think differently It’s only six years since Fernando Alonso won back-to-back championships with the then Renault team, and given that many of the… 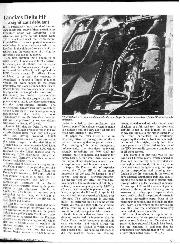 In a particularly busy round of autumn announcements, many of them geared to the Frankfurt Show last September, little attention was given to the Lancia Delta Turbo which will reach…