Britain has enjoyed substantial success in the World Superbike Championship during the past three decades: 13 world titles, against none in MotoGP.

The event that prompted the nation’s pre-eminence in motorcycling’s version of touring cars was the recession of the early 1980s. British riders and teams soon ran out of the money needed to race grand prix bikes in the national 250cc and 500cc championships. Race promoters reacted quickly to the dwindling grids by creating a low-cost series for 750cc road bikes. The Superstock championship used showroom bikes running slick tyres and loud pipes.

When World Superbike – also for 750cc road bikes – was launched in 1988, British riders were ready, while most other nations stuck with their 250 and 500 GP bikes.

Even now WSB is dominated by Britons. Five of the six riders in the leading three manufacturer teams are British: reigning champion Jonathan Rea rides alongside Alex Lowes at Kawasaki, Chaz Davies and Scott Redding are at Ducati and Leon Haslam competes for Honda. Haslam, Davies and Redding all tried to make their way in grand prix racing, but eventually gave up and took refuge in superbikes, where they’ve since flourished.

Redding is the latest arrival, joining in 2008. He won a grand prix in his rookie season in the 125cc World Championship, graduated to Moto2 in 2010, challenged for the title in 2013 and moved to MotoGP in 2014. But he never had strong machinery in motorcycling’s premier category, so last year he retreated to the British Superbike Championship and took the title at his first attempt, which won him a 2020 WSB ride with Ducati.

Redding is an interesting young man. He comes from a tough background, so he’s like a boxer who’s fought his way out of the Bronx. “I was born into racing; it wasn’t my choice,” he says. “I was too scared to say no. Did I want to go riding every Tuesday, every Friday, every weekend, when my friends were out doing other stuff? No, I didn’t, but I never had the balls to say no.

“I saw a lot of bad shit when I was growing up. I grew up in quite a shit area with a lot of bad people. When you see a mate beating up his parents and you have to go to him and say ‘What are you doing?’ it’s not nice. You know that’s not normal. But I could’ve done the same; I could’ve turned to drugs and alcohol and done nothing, like most of them. But I had a chance and luckily I dug deep to do it.”

“I’ve never asked my manager how much is in the bank. I don’t care”

Redding certainly put up with a lot in his early years, racing minimoto bikes around kart tracks in Britain and then moving onto the Continent.

“I used to be so scared!” adds Redding, who started minimoto at the age of four. “But I could never tell my dad I was scared because he would’ve thrown me in the van and that would’ve been it.”

His father and his uncle pushed him hard because they thought this would be his one and only chance to make something of himself. Redding remembers travelling to Italy for a minimoto event where he crashed and damaged his favourite helmet.

“I started crying. I wasn’t hurt, I was just crying. I got back to the van, and my uncle was like, what are you crying for? I said, ‘my helmet’. He grabbed the helmet, ‘F**k the helmet!’. Then he smashed it on the floor, threw it out of the window and said, ‘We don’t come here for you to cry!’. That was to teach me that the helmet wasn’t for show, it was there to do a job.”

When he was 13 years old, Redding was selected to join the Red Bull-backed MotoGP Academy. He moved to Spain to live with other up-and-coming youngsters in a sports college outside Barcelona. Two years later he was in grands prix.

Redding survived his difficult upbringing miraculously well. He is a huge character on the racetrack and in the paddock. During the slowdown lap after his last MotoGP race – Valencia, November 2018 – he stopped, gave his bike to the marshals, removed his leathers and stripped down to his underwear. The fans love him.

“I prefer to make someone else happy than myself because that makes me happy anyway,” he adds. “I just try to live my life, because it can end any day, any time. I need to be grateful for what I’ve got, even though I don’t know what I’ve got. Honestly, I don’t know how much money I’ve got; no idea! I’ve never asked my manager how much is in the bank, and honestly, I don’t care.”

This year Redding is earning good money and has arguably the best bike competing in the World Superbike Championship: a Panigale V4R, Ducati’s showroom version of its Desmosedici MotoGP bike.

He has a good chance of winning the title in his rookie season, although it will be hard to beat Rea, who has the measure of what it takes to win the crown. The Northern Irishman has won the past five titles on factory-entered ZX10-Rs, a unique feat.

Redding had a great start to his 2020 campaign, scoring podium results in the first three races at the opening Australian round. Like the World Touring Car Cup (WTCR), WSB features three races per weekend. The British round takes place at Donington Park on the weekend of July 4-5. 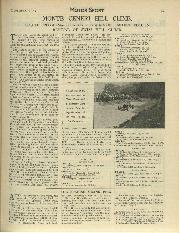 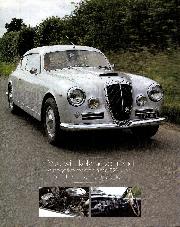 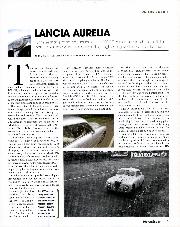 Far more than just an elegant tourer, the B20 GT defines an era when the Italian marque was known for groundbreaking engineering and superior build quality By Richard Heseltine /… 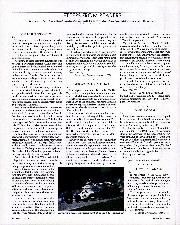 Sir, In his article on the GMC Blower (Technofile, October issue), Keith Howard perpetuates the myth that diesel engine superchargers and turbochargers suck instead of blowing as on petrol engines,… 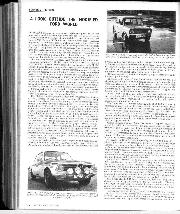 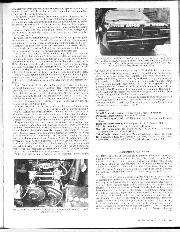 A look outside the modified Ford world In recent months we seem to have published a great deal of road tests and general information on Ford products, so on this…