Once a year, me and a few friends from within the business go on a driving weekend. I’d love to tell you a convoy of Italian hypercars subsequently howls to the South of France and back in record time, but that’s not what happens.

Instead, we turn up at one of our houses in whatever bit of old wreckage we have lying around in our sheds and then spend our time following a route devised by the host, rarely driving our own cars and instead trying to figure out what on earth inspired the others in the group to buy their cars.

Sadly, this year one of our number cheated and required a stern talking to. He brought an utterly gorgeous, vanishingly rare 1938 BMW 327/28 drophead coupé, which is a 327 enlivened by the engine from the famed 328. I’d not driven one before and was somewhat stunned by how modern it felt for a car some distance past its 80th birthday. But then it has independent front suspension, rack and pinion steering, hydraulic brakes and a sophisticated, aluminium not-quite twin-cam straight-six engine that would have post-war service as a Bristol motor in everything from road to Formula 1 cars. I reckon it would give a contemporary Derby Bentley the fright of its life, despite an engine less than half the size, and provide twice the fun.

Another chum turned up in a 1961 Saab 96, a fascinating car not least for how it stretches the mere 38bhp emanating from its 841cc, twin-cylinder, two-stroke engine. Despite having less than half the power ofthe next weakest engine in our group, it never struggled to keep up thanks to it making up for its lack of power through torque, weight and aerodynamic efficiency. It’s a curious car, with just three speeds on a column change, but it handled so well I could quite understand why it became such a formidable rally car in the hands of Erik Carlsson and others.

All I disliked was its free-wheeling clutch which disengages the drive when you’re going downhill because two-stroke motors rely on throttle opening for their oil supply. If left at high revs but with the throttle shut, it would starve itself of oil in short order. But it also means you have no engine braking either.

We even had an Austin Princess in our midst (or just Princess to be accurate, as it was intended to be thought of as a brand in its own right), which won few friends in period and at which it is exceptionally easy to titter today. Yet even here there was so much to enjoy, it’s astonishing brown velour upholstery being merely the most obvious. Alex Moulton’s Hydragas suspension still provides a low-speed ride to rival that of many luxury cars today, and its 2.2-litre six-cylinder engine, while not awash with power, is smooth, pleasant to use and very good at starting conversations among us geeks about other cars to have gone on sale with transverse straight-six engines. Not many, that’s for sure. Volvo had one for 10 years until 2015 and that’s all I can think of.

As for me, I brought along nothing more exalted than an original Mercedes-Benz A140 hatchback, all 82bhp straining at the leash. It’s nothing to drive, but its design is interesting and instructive, offering more interior room and boot space than many executive class cars, with rear seats that individually fold, slide, recline and remove (you can remove the front passenger seat too, turning it into a single-seater) all in a machine shorter than an original Ford Ka.

When my first child was born, I bought a one-year-old ex-press car in 1999, kept it for 10 years, then sold it back to Benz, which restored it to show condition because it is the UK’s oldest A-class. I bought it back last year when it was no longer needed by its creator. In packaging terms, it was the most revolutionary car, at least since the original Mini, but today people would rather buy a car that is wrong for them so long as they think it says the right things, so it got canned.

I had a car crash the other day, my first in longer than I can remember. As such incidents go, it was a complete non-event but I was still taken back. The details aren’t that interesting – I was waiting to pull onto a roundabout when someone in the next lane, for reasons unknown, drove straight across my bows ripping off my car’s front bumper. What stressed me far more than the accident was the other driver’s steadfast refusal to accept it had anything to do with him, despite the fact I was squarely in the correct lane and not moving at the time.

For his part, he could offer no explanation, plausible or otherwise, as to what had transpired, and chose merely to repeat that ‘it’s not my fault’ regardless of the transparently obvious facts before him. I know you’re not meant to admit liability but had the roles been reversed I’d have done so on the spot and with profuse apologies because where the guilt lay was beyond dispute. But now I fear that with no witnesses he will concoct a story which provides him with some kind of deniability and because the claim is small, the insurers will just settle it in five seconds on a knock-for-knock basis, putting a black mark on my record, raising my premium and forcing me to admit to an accident in which I played no part, every time I have to fill in an insurance form. 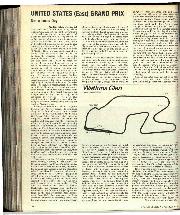 Not a Lotus Day Watkins Glen, October 1st The United States Grand Prix, held at Watkins Glen, used to be one of the newer events on the calendar, starting in… 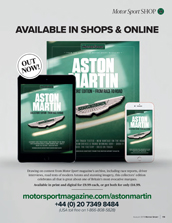 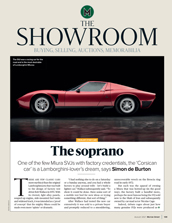 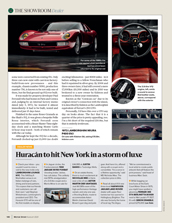 There are few classic cars more mythical than the original Lamborghini Jota that was built to the design of factory test driver Bob Wallace in 1970. With its riveted, light alloy… 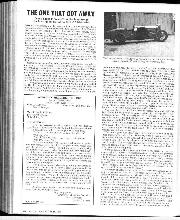