It’s easy to view Dick Seaman only in terms of ‘did he or didn’t he?’ Did he fall for Nazi beguiling while driving for Mercedes, or was that half-mast wave to the Nürburgring crowds a visible refusal to kowtow to tyranny? We can never truly know, just as we will never know whether the young British driver might in other circumstances have retired with one of the great grand prix careers behind him.

But in his fine new book, Richard Williams offers a rich portrait of this impatient and privileged young man which helps to suggest how his mind coped with his conflict between patriotism and racing passion.

Drawing on unpublished memoirs and much lateral truffling, Williams presents immense research about the family, and especially Dick’s mother – not born grand but the daughter of a policeman, determined from a child to will herself into privileged circles. Perhaps it was inheriting that willpower that let young Dick manipulate his parents into funding his racing against their wishes: Lilian claimed she had handed him £30,000 – £3m today – “in easy stages”. Which, as Williams points out, was about the cost of becoming a lawyer or an MP, his parents’ hope. 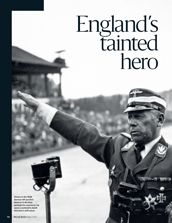 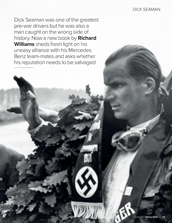 At the end of a bright spring day at Monza, the timing sheets told the story. For Alfred Neubauer, studying the meticulously compiled chart headed Nachwuchsfahrer Ausbildung (New Driver Training),…

Within its elegant prose, Williams’s book is packed with detail, about Dick’s friends and colleagues, about his gilded life of dinners, dances and house parties, about finances, even down to the cost of insuring Dick’s lorry. More, he straddles two worlds, knowledgeably describing the racing while also placing the whole in its social and political context, such as Seaman’s difficult decision to remain with Mercedes being coloured by the often-forgotten factor that both countries tried to prolong friendly relations – Britain to avoid war, Germany to neutralise a threat.

Dick’s battles with his family over money and his German wife are vividly portrayed, alongside the careful planning and preparation that matched his controlled skill at the wheel.

Was Seaman merely the lucky, selfish child of money, turning a blind eye to evil? This excellent book suggests that careful, thorough, talented, ambitious Dick only displayed the same single-minded drive we admire from someone without advantages who makes it against the odds. After all, which of us would be able to refuse when a long-pursued prize was dangled in front of us?

This item is available from the Motor Sport shop 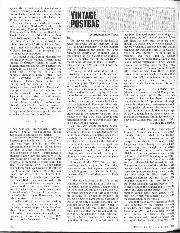 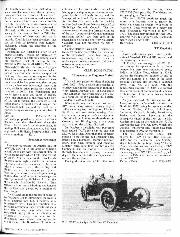 A Brighton Run Topic Sir, "Oh that we could persuade the RAC to reject those who are not members of the VCC and who presumably do not support what the… 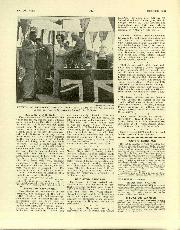 HANTS & BERKS M.C. This club is repeating its Night Navigation Trial which was introduced in January, 1947. The start will be at 9 p.m. on October 16th, at the… 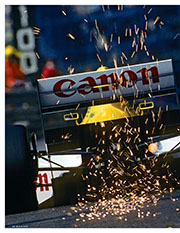 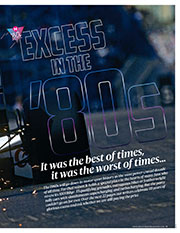 The 1980s will go down in motor sport history as the most power-crazed decade of all time. For that reason it holds a special place in the hearts of many… 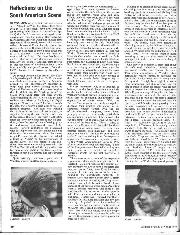 Reflections on the South American Scene

In common with the fact that most drivers have "stayed put" in the teams they were with in 1974, one might have been forgiven for thinking (with one or two…