Replica racing helmets are nothing new, but every once in a while a standout one creeps on to the market, and this very limited-edition Daniel Ricciardo example is certainly a highlight. Modelled on the likeable Australian’s bespoke design for last year’s United States Grand Prix at Austin, it replicates the American football-inspired helmet he wore while dragging his recalcitrant Renault RS19 to a fine sixth place.

The helmet features the branding of the Texas Longhorns college football team, but why?

Cue Ricciardo: “I just love Texas. I fell in love with the place when we first visited. I went to see one of the Longhorns’ games [in 2018], and it was just an awesome experience, so I thought why not tip my hat to them?” And so, he did tip his hat. Sort of… Limited to just two examples, each has been hand-signed by Ricciardo across the visor and comes with a certificate of authenticity.
£5950, mementoexclusives.com

Node speakers
A new name on the block for audio, but it’s certainly made itself one of the most eye-catching. Node’s speakers are something you’ll hear and never forget. The freestanding HYLIXA speakers mimic the shape of the human head and use an internal helical passage to create powerful bass from its small structure, while vocals are delivered with incredible clarity. In layman’s terms, Node’s speakers can make it sound like the artist is in the room with you. Every pair of speakers is carefully made in Cambridge and can be supplied in whatever finish you’d like. Node even offers a bespoke colour-matching scheme, so you can have yours painted to match your own car or your favourite racing livery, should you wish.
£30,000, Node-audio.com

Aston Martin Engine Block Wine Rack
Remember the short-lived Aston Martin AMR One… No? You didn’t miss much. Following the Aston Martin Lola LMP1, the AMR One was a disaster as Aston and Prodrive attempted to go it alone without Lola’s chassis. Two were built for Le Mans in 2011, but both qualified miles off the pace and retired after a combined six laps. At least some of its parts went on to enjoy more success. The chassis were morphed into either the Nissan DeltaWing or the Pescarolo 03, and the Aston-designed 2-litre turbocharged straight-six engine has ended up as this wine rack. Ledon Gifts recycles race-used parts, and it has turned the cylinder linings from one of the AMR One blocks into this stylish wine tower. Seeing as an AMR One engine isn’t exactly easy to come by, only five have been made.
£430, thegpbox.com

Ferrari crankshaft keyring
It takes something special for us to feature a keyring – that most gratuitous of gift shop purchases – in this section. However, Ferrari has a fine offering for the hardened Formula 1 fan. It’s an exact scale recreation of the crankshaft used in the three-litre V10 engine that powered Michael Schumacher’s F2004 F1 car to 13 wins and a seventh World Championship for the German star. It’s made from solid zinc and finished with a traditional enamel Ferrari badge and comes gift-boxed.
£80, store.ferrari.com

Le Mans ’66 bags
Determined to cash-in on the wave of publicity brought about by the Ford v Ferrari film – or Le Mans ’66, depending on your location – organisers of the actual Le Mans 24 Hours have launched a bevy of official tie-in merchandise, and this bag range is rather cool. There are duffel bags, weekend bags, backpacks and shoppers to choose from, and each is retro-styled with 1966 logos, leather and webbing straps and the no2 branding that adorned the winning Ford GT40. Each comes in either navy or beige.
€29-79, boutique.lemans.org

KK Automotive Art phone cases
London-based design agency KK Automotive Art works with some top-class designers to create products that are just that bit different, and its eye-catching range of mobile phone cases is a great example of that. Made to fit a wide range of Apple and Samsung phone models, they feature original artworks of race, road or rally cars. You can choose entries from the entire 2019 Formula 1 grid and street cars, but our picks to truly stand out on the commute would be either Stirling Moss’s Aston Martin DB3S or the simply stunning DB4 GT Zagato, both by artist Bernie Reeves.
From £25, kkautomotiveart.com

Why should you overlook your pride and joy come sleep time? Try this automotive bedding.

Nürburgring throw
No need to worry about winter when you’ve got 170 corners of fever on your night-time fleece.
£33, redbubble.com

Speedsport Bed Set
Get the GT3 fan in your life this, erm, not-so-subtle McLaren 720S bedding set. Amazingly, it does come in a double…
£49, amazon.com

Hamilton wins set
There’s a huge array of designs on Redbubble. But how about a shot of Lewis celebrating his sixth British GP win in 2019?
From £73, redbubble.com 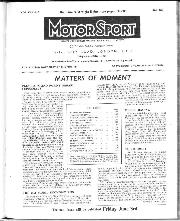 Peugeot's and Ford's Safari Supremacy Free from the bickering over results which contaminates European rallies, the East African Safari has a fine reputation for being a truly tough, car-proving competition,… 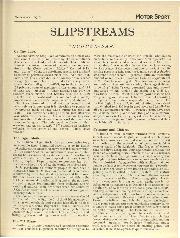 SLIPST By "RUDDER-BAR." Up The Lane. Anyone visiting Stag Lane aerodrome at almost any time cannot fail to be impressed by the extraordinary atmosphere of activity which prevails there. Above,… 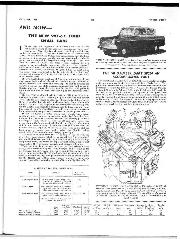 For too long the Dagenham small Fords have been drearily out-moded because of their side-valve engines and three-speed gearboxes. Now all this is changed; new Anglia and Prefect models are… 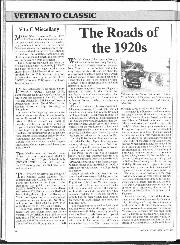 Michael Ware "discovered" that 1922 3-litre Bentley which is causing so much controversy and excitement in BDC circles, only in as much as he referred to it in his Discovered…